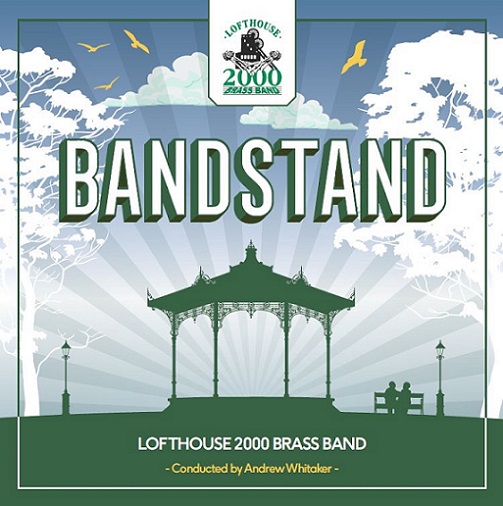 Lofthouse 2000 is a fine example of community band built on strong, sustainable foundations.

Ambition is tempered by Yorkshire realism, commitment and dedication.  The results achieved since their formation in 1999 correlate to solid incremental progression based on musical common sense, determined application and a fine MD at the helm.

This celebratory CD of easy listening repertoire should therefore serve them well for the future (as did their first release ‘Trailblaze’ from 2011); with four classy soloists backed up by a variety of neatly picked tracks played by a balanced, warmly toned ensemble extended to the right side of its collective skill sets.

The sensible approach is heard from the off with the tempered approach to the march, ‘Round the Town’, the comedic spirit of ‘Caliph of Bagdad’ and the reflective tenderness of ‘Guardian of My Soul’.

Hats off to the quartet of James Whitaker, Emily Fawthrop, Bob Blackburn and Mark Moorhouse, who each give solo performances of notable quality.

Hats off to the quartet of James Whitaker, Emily Fawthrop, Bob Blackburn and Mark Moorhouse, who each give solo performances of notable quality.

All that and the neat inclusion of the hymn tune ‘Lofthouse’ and the quirky ‘Super Sam’ march (named after a brewery band with well known Yorkshire songs somewhat alcoholically weaved into the staves) will also make it easy to shift the CD for a price that won’t pinch too hard at the well known sensitivities of local Yorkshire pockets.

And that’s another fine example of how to build on a strong, sustainable banding foundation.