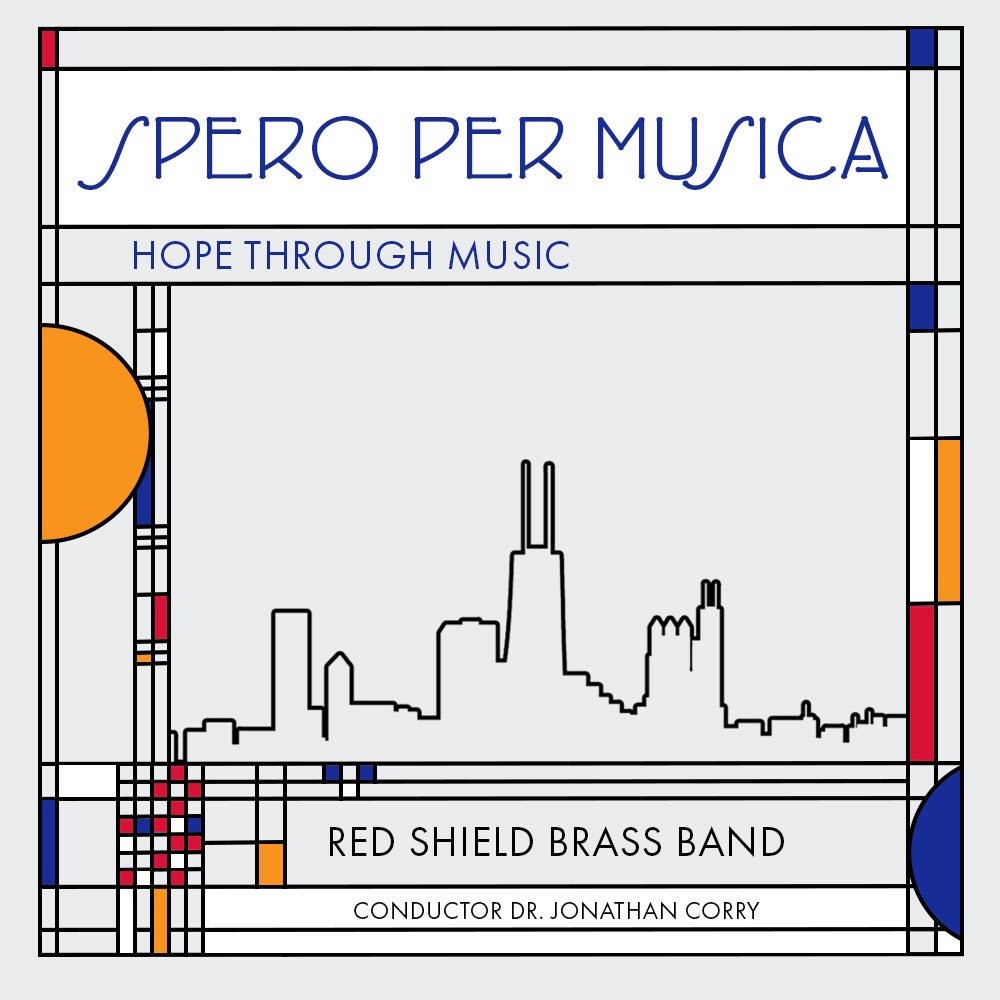 The Red Shield Brass Band, based in the Chicago area, is directed in its debut recording by Belfast-born Dr Jonathan Corry, for several years the Bandmaster of Enfield Citadel before taking up his current position with the Metropolitan Division of The Salvation Army.

The music is a refreshing mix of the familiar and the unfamiliar and features two premiere recordings.

Bill Himes' 'Pathway of Hope' pays tribute to a recent initiative to break the cycle of poverty, featuring the melodies 'Sometimes I feel like a Motherless Child', 'Reach Out and Touch' and 'Storm the Forts of Darkness', whilst Tom Davoren's 'Spero per Musica' was commissioned especially the release.

It uses the tune 'Slane' to express the intention to bring hope through music, the underlying theme emerging from times of doubt and turmoil.

The Bandmaster displays his own credentials on trumpet with Mark Freeh's take on 'Onward Christian Soldiers'', whilst vocalist Jonathon Weller reminds us of the famous Old Testament story on 'David’s Dance'. Kenneth Downie’s skill at bringing a fresh touch to a familiar melody is shown with 'Silent Vigil', based on Bram Coles' 'How can I better Serve Thee, Lord'.

The programme is completed with two long-time favourites; John Stainer's 'God So Loved the World' receiving subtle treatment, and Eric Ball's 'Torchbearers' full of poise and dignity to round off a CD that is well worth exploring, despite the relatively short playing time.

Bramwell Tovey's 'Deo Gloria' originated as a work for trumpet ensemble to mark Philip Smith's retirement from the New York Philharmonic Orchestra, but he later re-worked it effectively for band, incorporating the tune 'Nicea'.

Peter Graham's 'Shine as the Light' has quickly become a favourite with young and old alike, with its contrast between Joy Webb's 'Candle of the Lord' and Chick Yuill's uplifting 'Wonderful Counsellor'.

The programme is completed with two long-time favourites; John Stainer's 'God So Loved the World' receiving subtle treatment, and Eric Ball's 'Torchbearers' full of poise and dignity to round off a CD that is well worth exploring, despite the relatively short playing time.