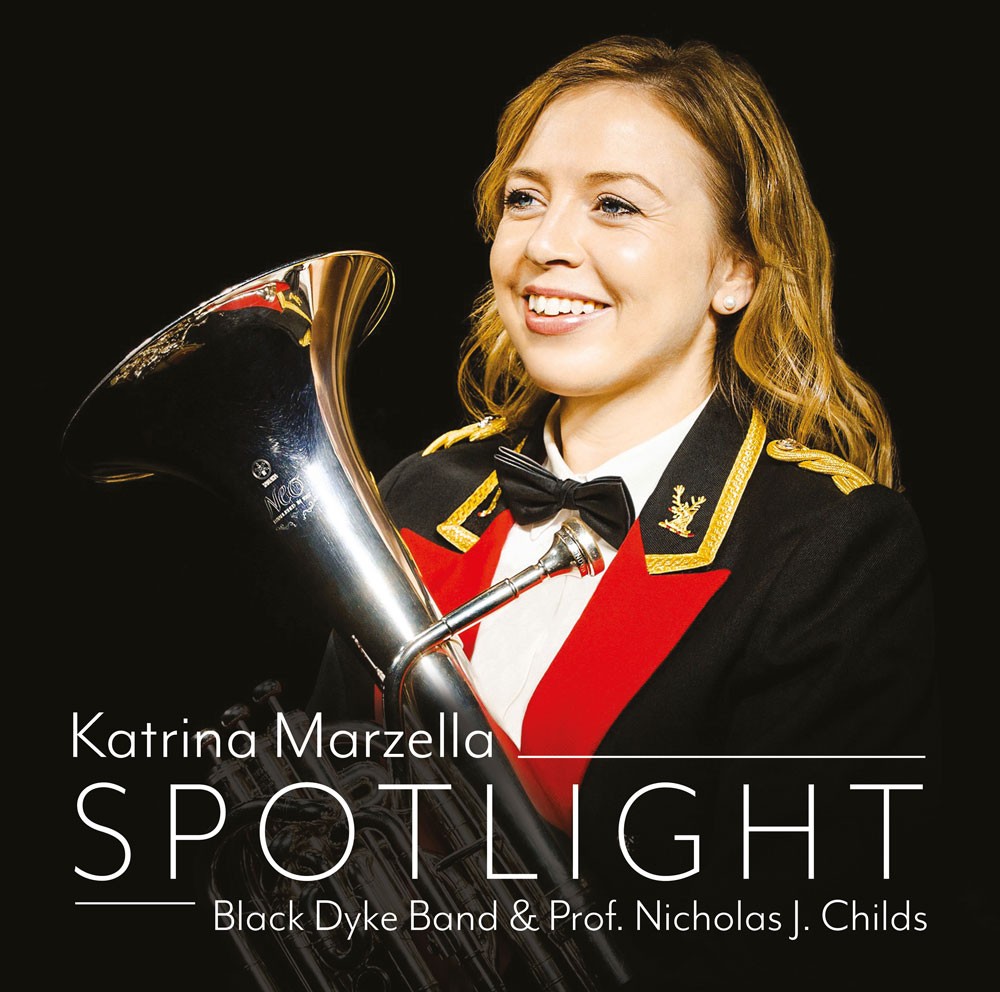 Katrina Marzella has been in the spotlight as the artistic standard bearer of the brass band baritone for well over a decade or more. Her first solo CD came in 2009, so this one is well overdue.

It’s been well worth the wait.

In the interim major repertoire for the instrument has rather trickled into a reservoir full to the brim of comparative euphonium output, so it’s perhaps not surprising that this release, although centred on welcome premieres of substantive works by Simon Dobson and Peter Graham, has an element of familiarity about it.

Marzella is a rare amalgam of erudite artistry and technical assuredness; musical elements that are forged together to bring a patina of freshness to ‘Napoli’, and a soaring tenderness to ‘The Lark in the Clear Air’.

Her resonant timbre has a dark malleability; never forced or strained throughout the dynamic range, phrase lines played without recourse to artifice, the vibrato tempered to suit.

‘The Holy Well’, ‘Be My Love’, ‘Alone with my Thoughts’ and ‘With His First Breath’ are recognised standards furnished with subtle style and nuanced emphasis.  The delightful duet, ‘One September Morning’ alongside Zoe Lovatt-Cooper is a little gem – a suave touch of ebbing sophistication from the pseudonym pen of Robert Eaves.

These though provide the well-mannered padding surrounding Simon Dobson’s ‘Rampage’, a work which cuts a raw, rollicking swath through proceedings; a feral piece of writing from the award winning Cornishman that bubbles with an incessant hell-raising energy – like a night out on the lash with Oliver Reed in tow. It’s a dazzling piece of exhibitionism from composer and soloist alike.

a feral piece of writing from the award winning Cornishman that bubbles with an incessant hell-raising energy – like a night out on the lash with Oliver Reed in tow. It’s a dazzling piece of exhibitionism from composer and soloist alike.

You suspect the heroines of ‘Turbulence, Tide & Torque’ would be delighted by that; Marzella delivering a virtuosic homage to a triptych of women of incredible fortitude, bravery and daring, whose historic achievements now rather sadly languish in relative obscurity.

Each is a portrait of the inner strength that inspired Harriet Quimby to fly across the English Channel in 1912, Grace Darling rescue people from an icy sea in 1838, and Dorothy Levitt set a new land speed racing car record in 1906.

Katrina Marzella honours them with a display of audacious verve, steely resolve and sheer hutzpah.

They would have been thrilled by her fearlessness. The listener is too.