Book review: A History of the Lindley Band 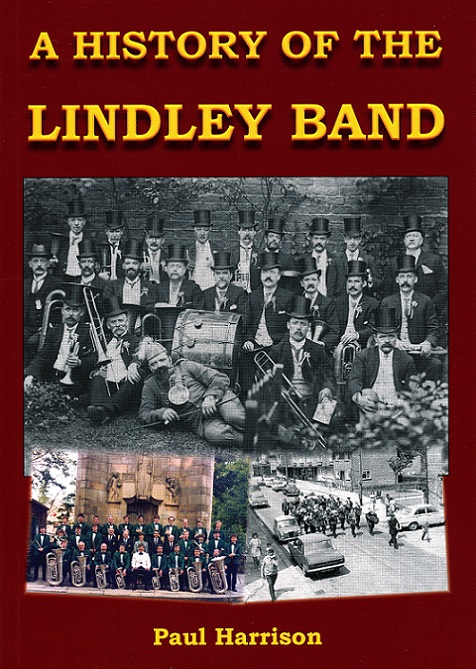 Brass band history is all too often recorded simply through cold facts: Names and dates of contest appearances, victories and defeats.

They tell us everything and nothing; triumphs engraved on trophies like ancient hieroglyphs -undecipherable in real meaning through the passing of time.

What is lost belongs to the people that made them happen - the players and conductors, mill workers and miners, businessmen and communities that supported and delivered on the collective endeavor to succeed.

All we know of them is invariably frozen in photographic stasis; pictures hung on band hall walls (and this book has some fantastic examples) – sepia-tinted galleries of nameless faces forever stuck in a peculiar form of perpetual limbo.

Thankfully, there several amateur historians who are ensuring that their identity, as well as well as their contribution to the bands they so obviously represented with community pride is not forgotten.

One such is Paul Harrison.

His fine book offers an engaging chronology of the Lindley Band; an organisation with a timeline that can be traced back to the 1830s and which, over the following 190 years has certainly been punctuated by contest success and failure, highs and lows.

All we know of them is invariably frozen in photographic stasis; pictures hung on band hall walls - sepia-tinted galleries of nameless faces forever stuck in a peculiar form of perpetual limbo.

Their zenith came in 1900 at Belle Vue, Manchester, when under John Gladney they won the British Open.

The jubilant scenes that heralded their return to Huddersfield train station will have been remembered by those present for years to come, but as Harrison found out, few if any actual band documents survived (the only picture part of a 1901 calendar published by the monthly ‘The Cornet’ journal).

64 years later they very nearly won it for a second time, losing out to Foden’s in somewhat contentious circumstances.

64 years later they very nearly won it for a second time, losing out to Foden’s in somewhat contentious circumstances.

Thankfully there are those still alive who remember just how close they came to adding a second Open title to their name – the story now recorded for posterity.

And so too are those personalities, players and conductors who ensured Lindley Band has survived through the inter war years and the struggles of the early 1980s, as well as being able to respond to the social changes in an industrial area of Yorkshire steeped in, and tied to, its own history.

From Victorian leviathans of Gladney and Swift to its own colossuses in Joe Taylor,  Joe Dyson and Thomas Castle, the remarkable members of the Wadsworth family to the much-missed inspirational figure of Neil Jowett.

All have added their mark to the history of a band that will hopefully be able to ask Paul Harrison to add many more chapters too for a reprint of his book in the years to come.