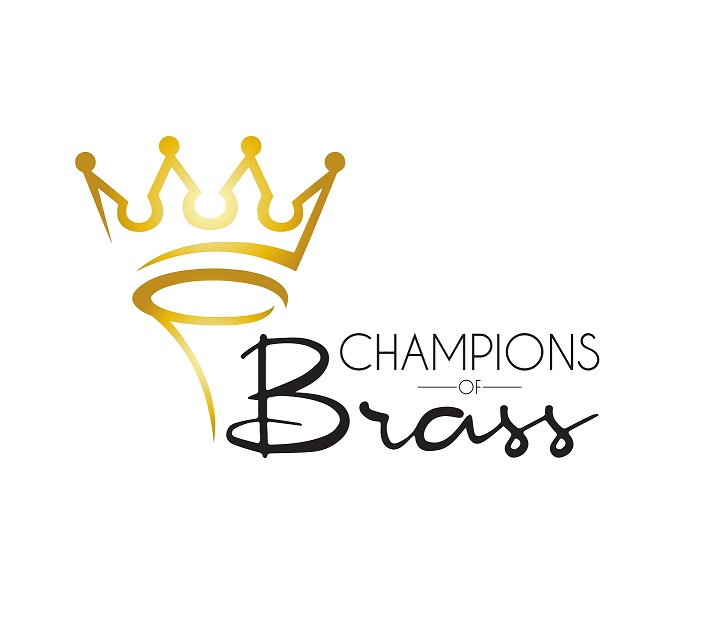 Champions of Brass is confidently filling a musical concert niche. A well filled Civic Hall at Uppermill was testament to that.

Even on a glorious Saturday evening with attractions aplenty there was an eager sense of expectation as the ensemble took to the stage for only their second official concert outing.

However, an informed audience knew they were in safe hands with Dr Robert Childs and Prof Garry Cutt at the helm (plus David Hoyle as compere) and players sporting more titles to their names than could be found in the House of Lords.

Even if the repertoire was familiar, it was still delivered with polished authority, the occasional ensemble meanderings quickly brought back under control.   The soloists in Kevin Crockford (‘Emanuel’); Chris Bradley (‘Rusalka’s Song to the Moon’); Lucy Cutt (‘Concerto d’Aranjuez’) and Shaun Crowther (‘Bass in the Ballroom’) were as classy as one has come to expect and be delighted by over the years.

However, an informed audience knew they were in safe hands with Dr Robert Childs and Prof Garry Cutt at the helm (plus David Hoyle as compere) and players sporting more titles to their names than could be found in the House of Lords.

'Strike up the Band'  and the overture 'Le Corsaire'  were displays of flair and character, as were the three rather less well known musical moggies from Chris Hazell’s ‘Cats’  suite.

Edvard Järnefelt's engaging 'Praeludium'  and the bombastic brilliance of 'MacArthur Park'  brought a tasty first half to a close.

The quality was maintained after the break: 'Czardas'  fairly flew out of the blocks, whilst the trombone trio of Nick Hudson, Andy Hirst and Geraint Griffiths certainly enjoyed their ‘Frolic’.

The tribute to Richard Evans in 'Bonnie Briar Bush' was heartfelt, but even he couldn’t have upstaged the euphonium trio of Morgan Griffiths, Michael Dodd and Robert Childs in ‘Grandfather’s Clock’  – which sprung back into life as if powered by Red Bull chasers and an overdose of Sanatogen.

The rousing finale from Dvorak's 'New World Symphony'  led to the encore of the appropriate march, 'The Champions', complete with more than a touch of Tricky Dicky swagger.