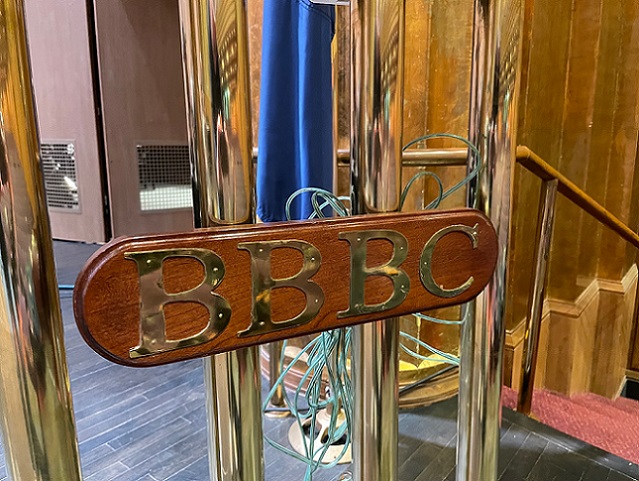 W.K. Kellogg would have been proud. Nobody quite sells a brass band concert like Brass Band of Battle Creek.

The man who plonked a packet of Corn Flakes cereal on breakfast tables from Los Angeles to London still has a reserved seat in the 1900 seat auditorium that bears his name in the city he and his brother brought to worldwide prominence.

He wouldn’t have half enjoyed this - brilliantly marketed and presented, packed with all the best wholesome American (and a few British) musical ingredients to tickle taste buds that today can be too readily dulled by mouthfuls of sugar coated overload.

Michael J Garasi led a programme that showcased brilliance and beauty, thoughtfulness and seat of your pants excitement.

The centrepiece was a stunning performance by pianist Wei Luo of the first movement from Tchaikovsky’s ‘Piano Concerto No 1’, delicately transcribed for brass band accompaniment by Jim Gray, one the band’s founders. Her solo encore of a Chopin ‘Nocturne’  was sublime – the audience sat in reverential silence.

Her playing was certainly matched by that of the band, from the opening fizzing salvos of the ‘Star Spangled Banner’  to the Hollywood blockbuster encore of the ‘Imperial March’  from ‘Star Wars’.

The MDs control of a feral beast of an ensemble was elegantly sympathetic yet always with a rod of iron to remind the assembled star players just who held the whip hand.

In between came charismatic servings of Mussorgsky, Rachmaninov, Bernstein and John Williams with razor sharp tailorings of ‘The Great Gate of Kiev’, ‘Rhapsody on a Theme of Paganini’, ‘Slava’  and a host of film score hits from ‘Jaws’  to ‘Indiana Jones’  and ‘ET’.

The MDs control of a feral beast of an ensemble was elegantly sympathetic yet always with a rod of iron to remind the assembled star players just who held the whip hand.

And what a line-up of talent it was: Jens Lindemman soared above the auditorium like Blondin on a soprano high wire, the cornet section brassy and burnished.

Rex Richardson was a sultry flugel, the horns luscious, trombones fervent. The lower brass had the punch power of Sugar Ray Leonard the sound of deep-sea leviathans. The percussion added the exotic colourings with the precision of a Marines Corp drill sergeant.

Jens Lindemman soared above the auditorium like Blondin on a soprano high wire, the cornet section brassy and burnished.

The two highest grade soloists came in the form of Steven Mead and xylophonist John Beck, whilst there was a heartfelt brace of tributes to former guest conductor Richard Evans (led by bass trombonist Mark Frost) and supporter Tom Franke.

The standing ovation at the close ensured that the talk over the breakfast cereals in Battle Creek and beyond the following day would have been all about the band.

That would have pleased W.K. Kellogg no end.