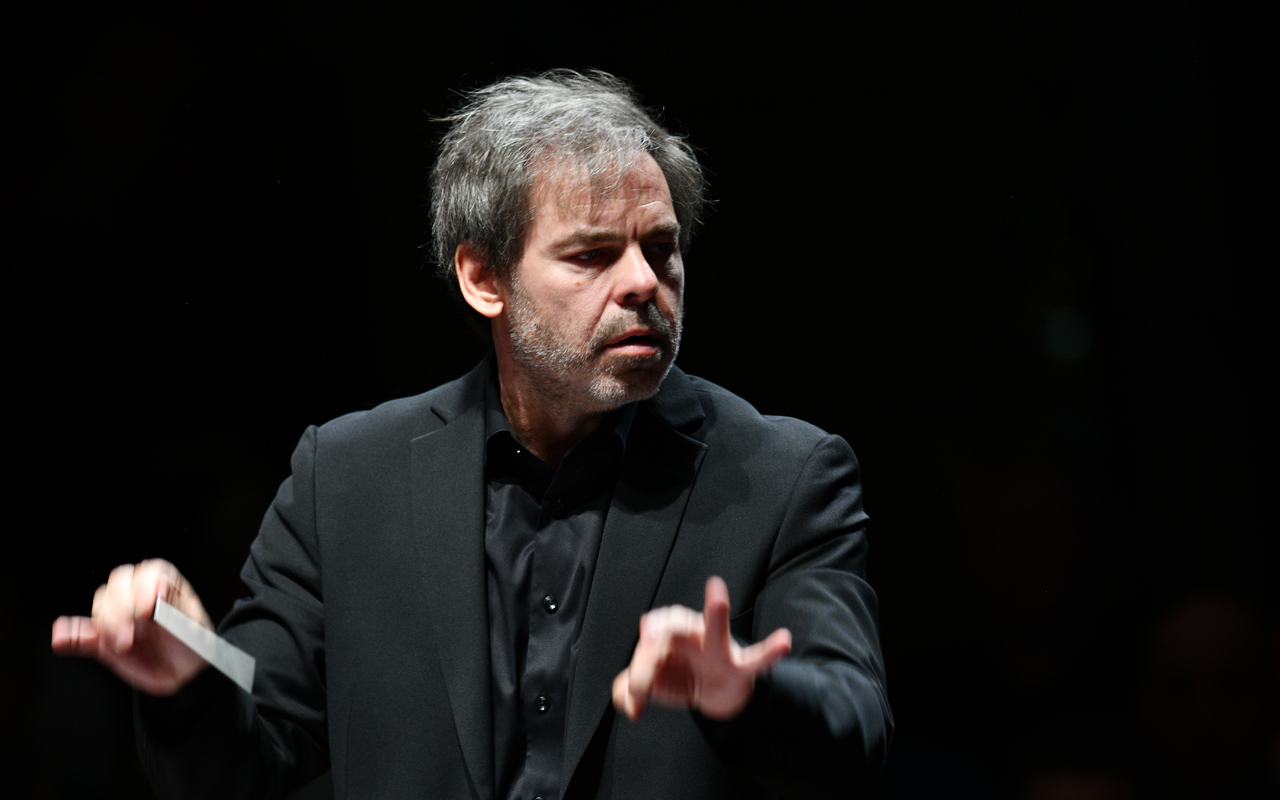 Eikanger’s artistic instincts have not been curtailed despite the restrictions imposed by COVID-19.

That was obvious throughout an absorbing concert directed by Ingar Bergby.

The surroundings of the Grand Hall in Bergen matched the music performed; serious, cultured, elegant – the sounds of Holst, Bosanko, Fletcher and Heaton framed by the MD as exquisitely as any of the impressive paintings hung on the walls.

It was enhanced in a curious way by the one meter social distancing rules between the players; making for a defined ensemble acoustic that complimented Bergby’s obvious desire to give each piece its own expressive musical space.

The opening ‘Chaconne’  of Holst’s ‘Suite in Eb’  (in a neatly updated arrangement by Svein Henrik Giske) maintained its viscous flow to segue into the adroit brightness of the ‘Intermezzo’  and vibrant ‘March’  that followed.

Bergby’s interpretation of Percy Fletcher’s ‘Epic Symphony’  was a construct of understated substance; respectful in intent and execution – a distilled response of Great War reflection.

Bergby’s interpretation of Percy Fletcher’s ‘Epic Symphony’  was a construct of understated substance; respectful in intent and execution – a distilled response of Great War reflection.

The opening ‘Recitare’  bold, purposeful but ultimately questioning, was followed by the ‘Elegy’  with its sombre, deathly tread of muddied Flanders boots providing the dignified pulse of a cortege of unimaginable loss.  Even the ‘Heroic March’  had a sense of pyrrhic restraint.

The second half paid homage to Wilfred Heaton: ‘Le Tricot Rouge’, with its playful dissonances and dislocations retained its darker undercurrents, whilst ‘The Children’s Friend’, focussed with a seriousness of variant purpose, a reflection perhaps of Heaton’s own youthful outlook and upbringing.

Paul Hindmarsh is the composer’s faithful amanuensis - expertly curating 19 short, diverse elements from his ‘Pilgrim’s Song’  music into a coherent suite based on the hymn tune ‘Monksgate’.  It is a fine work, retaining the hall marks of the pared, austerity of the writing without losing any of its beauty.

The ensemble played it with understanding and purpose in a reading of rich intensity from the MD – the quirky bolero ‘Victory for Me’  as an encore an apt way of reminding you of Heaton’s idiosyncratic sense of orthodoxy.