The Band of the Welsh Guards 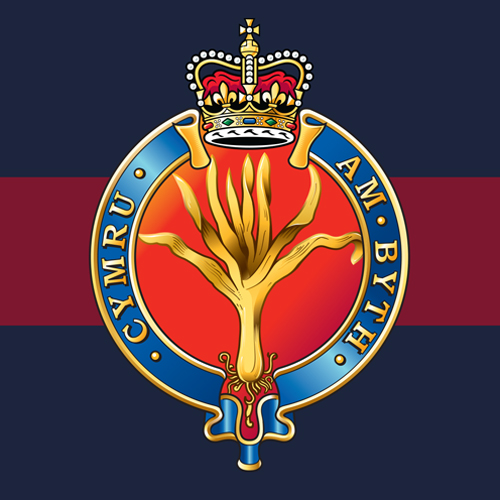 The Band of the Welsh Guards celebrated St David's Day in fine style with a well-attended concert at the Guards Chapel.

After the two anthems they continued with the dramatic 'Alliance of the Free', written to mark the 50th Anniversary of NATO.  The colourful 'Colas Breugnon' overture followed; its folk music inspiration keeping the clarinets as well as the xylophone player on its toes.

Danny Jones, currently studying at the Royal Welsh College of Music & Drama has been spending time with the band under a partnership scheme, and will soon start his basic training before joining the brass band at Tidworth.

He showed considerable skill in two movements of the Wilby 'Euphonium Concerto'; his rich, full sound was matched with vibrancy and stylish elan in the Greek dance 'Zeibekikos'.

Inspired by King Arthur's Stone, Cefn Bryn in North Wales and Merlin's birthplace, the atmospheric opening was dominated by tubular bells, glockenspiel and vibraphone supporting solo lines across the band. The various moods of the music were captured well.

Lucy Jones, currently starring in 'Waitress' on the West End stage, joined the band for two items. The wistful 'She Used To Be Mine' contrasted with the exuberant and life-affirming 'Defying Gravity'. It was a powerful performance, delivered with confidence and assurance.

Inspired by King Arthur's Stone, Cefn Bryn in North Wales and Merlin's birthplace, the atmospheric opening was dominated by tubular bells, glockenspiel and vibraphone supporting solo lines across the band. The various moods of the music were captured well.

Sammy Nestico is most often thought of as a big band writer, but he showed a more reflective approach in his setting of 'All Through the Night'. L/Cpl Stephen Shepherd followed this with a first class rendition of Eric Coates' 'Saxo Rhapsody', his smooth tone and flowing style capturing the essence of the work beautifully.

The last major work was Edward German's 'Welsh Rhapsody', scored by the doyen of wind orchestrators Dan Godfrey. With a sensitive setting of 'David of the White Rock' and a rousing finish based on 'Men of Harlech' it made for an excellent finale.

After the regimental march 'The Rising of the Lark', Rob Wiffin's' 'Dragon's Prelude' gave the audience the chance to join in and sing 'Land of my Fathers'.