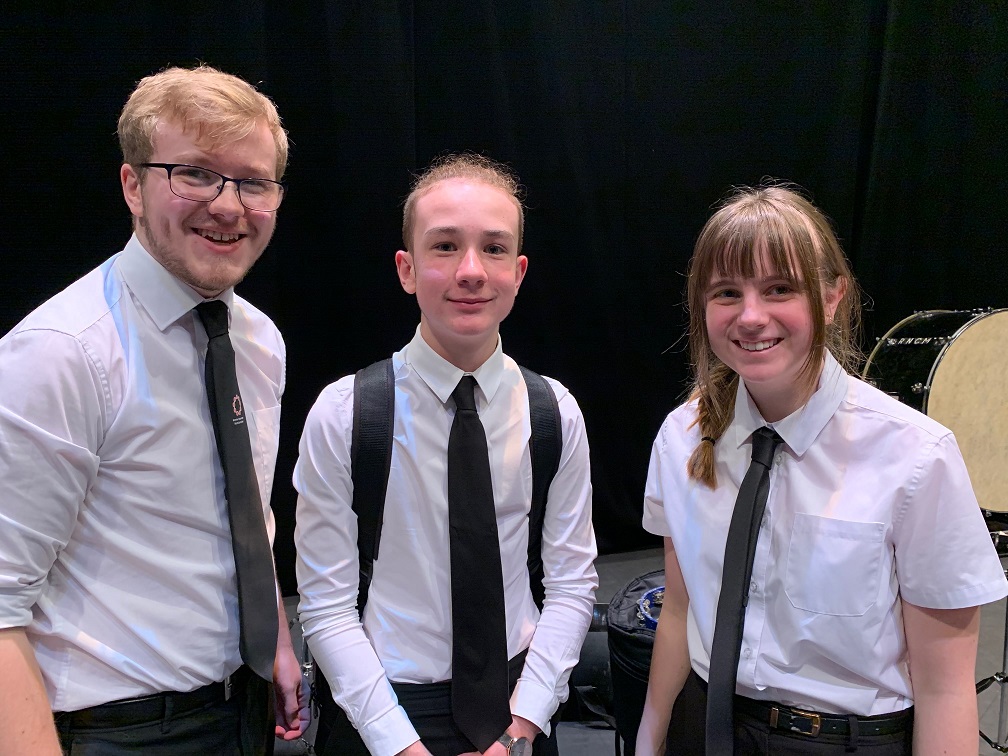 Artistic Director Paul Hindmarsh has been a resourceful champion of youthful inclusion at this RNCM event - its popularity shown by the packed seats in the theatre auditorium as players from nine local music service areas (aged between 11 -17) took to the stage.

The endorsement remains genuine in its intent - marked not only by the repertoire featured but by the standard of performance.

That was certainly shown in the delivery of music inspired by Greater Manchester’s rich history, geography and indomitable spirit; from the light march structures of Maurice Johnstone and sizzle excitement of Andrea Price, to the rich hymnal sounds of Richard Wainwright, the clever melodic openness of Darryl Barry and the historical drama of Malcolm Arnold.

The signature tune of the old CWS (Manchester) Band has lost none of its evocative quixotic flavour, despite the memory of the band, as well as the noble origins of the ‘County Palatine’  name now recalled in sepia tinted nostalgia.  This though was fresh and vibrant.

So too Darrol Barry’s ‘Salford Sinfonietta’ - neatly shaped and delivered in each of its three movements with oozing confidence from around the stands, whilst Andrea Price’s cleverly realised ‘Buzz’  was a veritable hive of industrious, purposeful musical apicology.

Reflective contrast came with Richard Wainwright’s hymnal ‘Manchester’, played with warmth and understanding, the simplicity of the arrangement retaining a clear link to the 18th century text - sweet, soothing and refreshing to the musical soul.

Reflective contrast came with Richard Wainwright’s hymnal ‘Manchester’, played with warmth and understanding, the simplicity of the arrangement retaining a clear link to the 18th century text - sweet, soothing and refreshing to the musical soul.

What happened at St Peter’s Field just around the corner from the RNCM in August 1819, just 40 years after the hymn was written, could not have been more marked - as the forces of the state were unleashed on a crowd gathered to demand parliamentary reform.

Malcolm Arnold’s ‘Peterloo Overture’ was urgent and driven, with a dark, edgy sense of emerging malevolent intent - the music coming to a vicious climax before ending in hopeful, if mournful endeavour.

It rounded off a cracking concert from an excellently led organisation imbued with a level of future optimism flowing through every note of their performance.