Heroes to get an early preview in London

Foden's Band will return to Regent Hall to preview the National test-piece alongside the composer in October.

Foden's Band has announced that they will perform a National Championship 'Preview' concert on the night before their contest appearance at the Royal Albert Hall in October.

It will include a performance of the set-work 'Heroes' under the baton of Russell Gray, as well as an introduction and analysis of the work by the composer Bruce Broughton.

It will take place at Regent Hall on Oxford Street on Friday 1st October starting at 7.45pm.

Speaking about the event, Band Manager Mark Wilkinson told 4BR: "We are really looking forward to returning to Regent Hall for what promises to be a great opportunity to perform the test-piece to be used the following day at the Royal Albert Hall."

He added: "We are especially delighted to be able to welcome Bruce Broughton to the event to introduce the work and give the audience a unique insight into the story behind it."

Supported by Yamaha, the concert starts at 7.45pm. Tickets can be purchased via www.priorbooking.com/u/fodensband

The Champions get ready for first rehearsal

September 17 • There will be plenty of experience both in front and behind the stands at the first Champions of Brass rehearsal this Sunday. 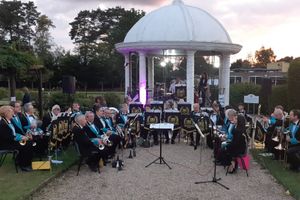 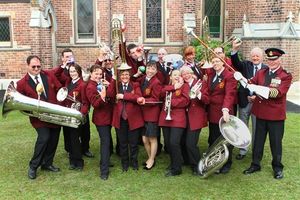 September 17 • If you are feeling a little devilish then why not mix and match your brass band enjoyment this weekend between Cheltenham and Tasmania?

September 16 • Composers are invited to submit works to be considered for the prestigious 2022 John Golland Award — with performances to be heard at the RNCM Festival of Brass.