The death has been reported of Bob Wyatt the hugely respected former conductor of Stockport Schools Brass Band.

4BR has been informed of the death on 8th October of the hugely respected Bob Wyatt, at the age of 82.

During the early 1970s he relocated to Stockport with his family and spent many happy years with the Fairey Band.

Over the years he also enjoyed close links with VBS Poynton, Bollington, Marple and Deiniolen, although his name became synonymous with the Stockport Schools Brass Band.

He was MD of the Senior Band for 17 years during which time he had a hugely beneficial impact on countless youngsters. He led the band to many successes, with his proudest moment being an invitation to perform in the Schools' Prom concert at the Royal Albert Hall.

A family member told 4BR: "Bob was an absolute gentleman and a wonderful musician. He was a real inspiration to many players who will remember him with great fondness and will be very much missed by the whole banding community."

The Wyatt family would like donations to go to the Stockport Schools Brass Band.

They should be sent to:

The funeral will be held in Stockport on Wednesday 21st October at 1.45pm. There will be a video link to watch the service live, or at any time within the following 7 days.

If anyone wishes to view the service here are the details.
https://www.wesleymedia.co.uk/webcast-view 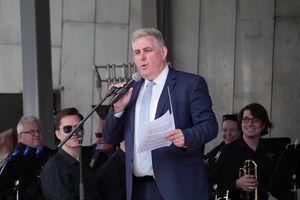 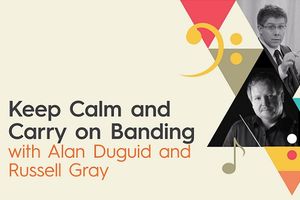