The 'long list' of 4BR annual award nominations that will be considered by our panel of judges have been released.

The 'long list' of 2018 nominations for the various categories of the annual 4BR Awards have been released.

The team of judges will now cast their eyes over them to make their various personal choices, with the winners and podium finishers revealed on Christmas morning.

The bands have been chosen not just for their contest achievements, but also for their artistic ones â€” from concert performances and tours to recordings and projects.

The 10 conductors have been chosen not just for their impressive contest records during the past year, but also for their inspirational leadership qualities and progressive artistic outlooks.

These are 10 players who made the most significant impact on us with their performances, both on and off the contest stages during the past year.

The 10 test pieces that made the greatest musical impact on 4BR this year — some old, some new, some contemporary and some a bit more traditional. All though tested the performers to their musical limits.

Having been fortunate to travel the world this year, we got to hear bands at all levels in very many different countries — and the standard at times was remarkable. All these bands in their very different ways made a huge impression.

2018 Contest Performance of the Year:

The 10 'stand out' contest performances of the year heard by 4BR â€” and the ones that left a lasting impression on the musical mind.

Always a difficult one to select, but these 10 people, contests, innovations and campaigns all made a significant impact during the past year. 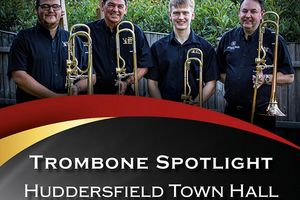 February 3 • The Queensbury Band trombone team will be on hand in Huddersfield for the Black Dyke Band Festival — so why not join them...

February 3 • The death has been announced of Ronald Jackson, a founder member of the Weston Band. 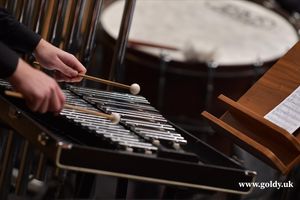 Still time to hit the annual Percussion Day at the RNCM

February 3 • There is still time to register for a full day of all things percussion at the RNCM in Manchester this weekend. 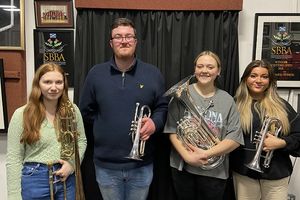 New quartet boost for Whitburn ahead of Perth and Malmo challenges

February 3 • Four new players join the ranks of the defending Scottish Champion as they look ahead to major contest appearances in the next few months.