Tom Davoren has told 4BR that he has left his role as Associate Conductor with Fairey Band with immediate effect.

Less than a fortnight before they take to the stage at the Royal Albert Hall, it has been announced that Tom Davoren has left his role as Associate Conductor of Fairey Band.

It brings to an end a successful five year partnership with the Stockport band — one in which he has played an integral part alongside professional MD Garry Cutt in maintaining their position as one of the leading top-flight contest and concert outfits in the UK.

Talking exclusively to 4BR, Tom said: "Fairey will remain close to my heart. However, as they've recently looked freshly at their approach and structure I feel now is the right time to leave on the friendliest of terms.

I've thoroughly enjoyed my time in Heaton Chapel with so many highlights such as acclaimed performances at the RNCM Brass Band Festival.

I'd like to sincerely thank the band and in particular those members of great experience and musicality who have been so generous in giving their time and advice. I wish the band my best for the future."

In response a Fairey Band spokesperson commented: "As the band's Associate Conductor for the past five years we have been highly successful on the concert and contest platform.

He's a fantastic musician and the band has enjoyed working with him. We wish him all the best with his future endeavours."

Fairey will remain close to my heart. However, as they've recently looked freshly at their approach and structure I feel now is the right time to leave on the friendliest of termsTom Davoren

Tom revealed that he will continue to enjoy teaching at the University of Salford while conducting Filton Band in the West of England region.

In the short term he will be conducting the Gothenburg Home Guard Band of the Swedish Army, as well as making a CD recording of his music for wind orchestra with Montclair State University Wind Symphony in the USA.

December 6 • The Welsh Government has announced an investment of £6.82m to support music and arts in a new school curriculum initiative. 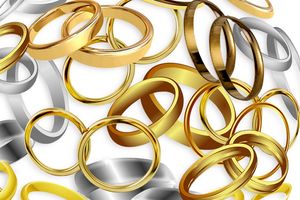 December 6 • Just find the link to the one of the days of Christmas to get you hands on some great brass band CDs.

Morvern calls time on decade of excellence at Rainford

December 5 • Morvern Sinclair has decided to step down as principal cornet of Rainford Band after 10 years of acclaimed excellence.

December 6 • HBB have a vacancy for a Musical Director. We are a friendly, non-contesting band who reach a good standard. We are asked to play at a variety of events throughout the year and have our own Spring & Christmas concerts. We rehearse on Thursdays, 8-10pm.

December 5 • Vacancies for Principal Cornet and a Tutti Solo Cornet in our 4th-section registered band, as we look to retain our North of England 4th-section winners title in March 2022. Rehearsals Monday 7.30 - 9.15 p.m.

December 5 • Our lively Second Section Band requires an Eb and/or Bb bass player for the Regionals and a front or back row cornet player.. We rehearse Wednesdays at 7.30pm plus other rehearsals in the lead up to competition which takes place on Feb 26th 2022.