The long list of nominees in each category of the 2022 4BR Awards has been announced. 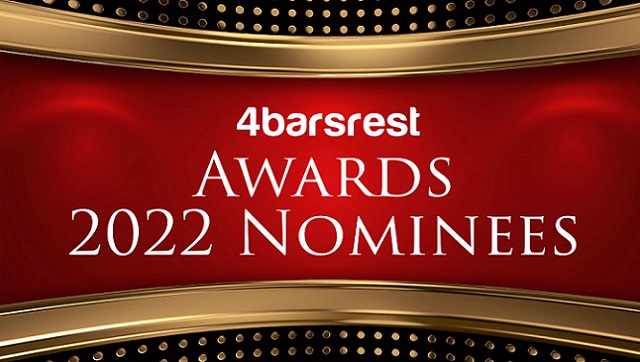 2022 was a year of hard-working rejuvenation and innovation.  However, there is still a very long way to go before the banding movement throughout the world can look forward to the future with a sense of long-term security.

Major challenges lie ahead for those who have placed their faith on rebuilding on existing pre-Covid foundation stones.  In contrast, those who have taken the opportunity to renew the stanchions on which their organisations are built are much better placed to prosper.

The most encouraging aspect however is that the spirit of ambition remains strong. There have been some remarkable achievements in the past year that have defied expectations and given a huge sense of confidence to individual bands and organisations – as well as boosting the profile of brass banding to the wider general public.

As always, the 4BR nominations in each category reflect those proactive responses to, as well as the excellence displayed in producing brass band music in its varied forms and formats throughout the past 12 months – especially those that have reached out beyond our traditional self-possessed boundaries.

We are also sure people will disagree with them too – but that is also a sign of a healthy banding movement.

The nominations will be presented to an international panel of critics and informed observers who will give their top three in each category.

They will be collated by 4BR with any casting vote in the event of a tie decided by the 4BR Editor. The results will be announced on Christmas Day.

It was so encouraging to have to really work hard to narrow things down to choose 10 nominees in this category.

These are the bands that excelled in their ambition – and not just on the contest stage: Some renewed and refocussed, others building further on existing achievements.  All though looked outward and to the future.

Another category that was so difficult to fill with just 10 nominees this year.

Some of the names may be more familiar than others, but all led their bands with a remarkable fusion of talent, insight and inspiration to make their mark far and wide.

You need the wisdom of Solomon to pick just 10 players for this category – and this was very difficult indeed.  We could have picked another dozen or more without a problem.

These though were the performers that not only excelled individually under the spotlight, but also inspired others around them too.

A year of catch-up in some ways, but there were still a host of both old and new works (they must have been chosen as set-work test-pieces) that made an impression (not just in terms of popularity) on players, conductors, judges and listeners alike at all levels of competition.

It was a reminder that the best test both technique as well as musicality in a familiar way or in a completely new way to leave an impression long after the contest day finished.

2022 Lower Section Band of the Year

So many bands in so many countries doing great work and making the right impression both on and off the contest stage. Like the best at elite level they all embraced the need to look outwards, inspire their participants and audiences alike.

It must be great to be associated with bands like that – and these were ten of the very best.

2022 Contest Performance of the Year

As always, a veritable minefield of opinion and discussion in a year when truly memorable performances from the contest stage were perhaps not as plentiful as people may have thought.

Without doubt there were a host of very fine shows at all levels (and as it is contesting - not all from winners), but these were the ones that had that extra pinch of the exceptional about them that got tongues wagging and left indelible impressions on minds of listeners.

These are ours – others may well disagree.

So encouraging to be able to find so many newcomers making a positive impression on the banding movement.

Each brought something different to engage with a wider audience in solo and ensemble performances, collaborations, new voices and new ideas.

The long-term future of commercial brass recordings is certainly under threat as technology moves away from the physical to on-line production, yet there will surely still be a niche market for both high class artistic endeavours as well as popular output.

These certainly ticked the boxes in both respects and it was a joy (like hearing the crack of the spine on opening a new book) to unwrap these delights this year.

The long term future of physical CD recordings may be under threat, but like the renaissance in vinyl recordings not all may be lost for outstanding brass soloists if these releases were anything to go by in the past year.

There were a host of outstanding releases to enjoy - and these were our pick.