Mark Bromley, CEO of the National Youth Brass Band of Great Britain, provides a personal insight into the ethos that is now firmly embedded into the organisation that has just celebrated its 70th anniversary. 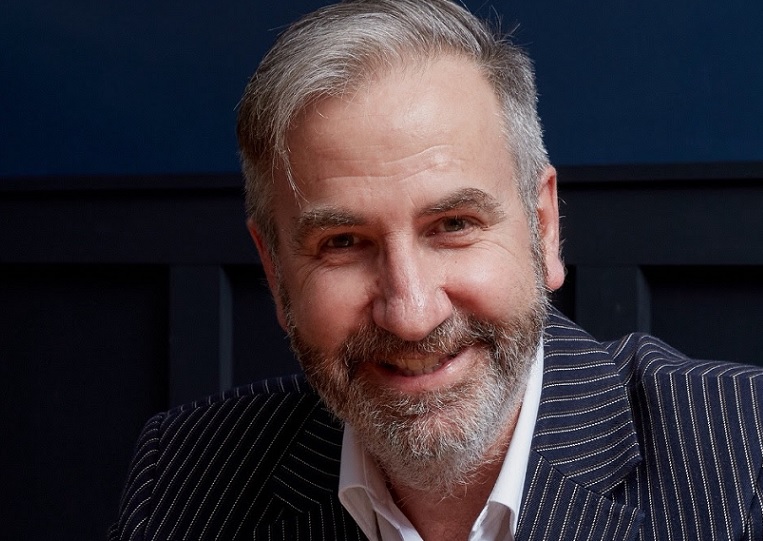 The man behind the ethos: Mark Bromley

The success of the recent National Youth Band of Great Britain summer course concert at the Royal College of Music brought further critical acclaim for an organisation that has undergone a radical overhaul of its aims and objectives since CEO Mark Bromley took the helm.

His delight is therefore obvious, but his responses to questions about the organisation’s rejuvenation remain considered and thoughtful.

“The extensive television coverage of the recent Queen’s Platinum Jubilee weekend included footage filmed in the monochrome world of post-war Britain,” he said when asked to reflect on the 70th anniversary event.

“Old ways of doing things, however jaded and narrow, were deeply ingrained then, yet they were offset by the optimism of the new Elizabethan age and its egalitarian spirit of growth and renewal.

The National Youth Brass Band of Great Britain was a product of that spirit, and I think should remain distilled by it today. That’s why I was so pleased by the response that the course, and especially the concert gained."

The National Youth Brass Band of Great Britain was a product of that spirit, and I think should remain distilled by it today. That’s why I was so pleased by the response that the course, and especially the concert gained

He contnued: "While the performance conducted by Martyn Brabbins was perhaps guaranteed to delight, it also stood as a symbol of what happens when young people from range of backgrounds are given opportunities – and permission – to make music together at the highest level.

And that is something we intend to nurture long after this anniversary year.” 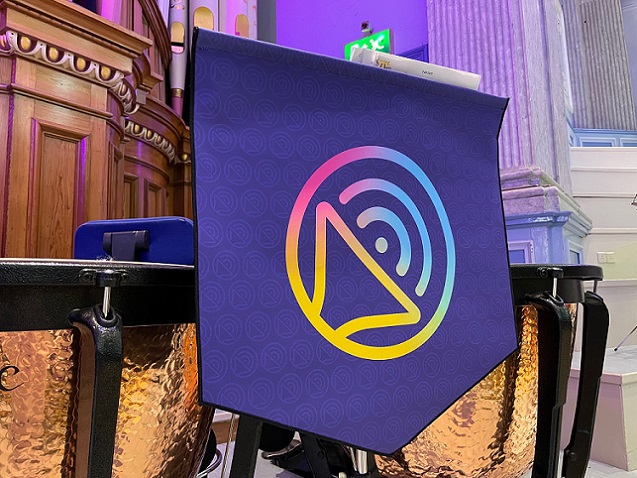 The new ethos is about freshness and innovation in every apsect

Mark Bromley speaks from an extensive CV of arts experience.

Chair of the Board of Directors of St Martin in the Fields, the 18th century church in the heart of London that has combined its traditional religious purpose with an innovative arts ethos, he also has links to Museum of Music History, the Edition Peters Group as well as the commercial world.

His passion for music making is therefore tempered by the realism of the needs of an arts sector that must remain relevant and progressive – as well as being commercially savvy.

“The 70th birthday concert marked the opening of a new chapter, as well as a major milestone in our rich history. It also signalled our determination to train the spotlight on some of this country’s brightest musical talents and to broaden its musical outlook.”

The 70th birthday concert marked the opening of a new chapter, as well as a major milestone in our rich history. It also signalled our determination to train the spotlight on some of this country’s brightest musical talents and to broaden its musical outlook

He added: “We paid homage to our brass band heritage, but also looked outwards – giving a world premiere of a major new work and thanks to Martyn Brabbins, being able to connect with the wonderful Nardus Williams (below), a true rising star of Britain’s opera and concert scene for a performance Canteloube’s ‘Songs of the Auvergne’,  which was simply beautiful.”

That he believes is a continuation of the outward looking ambition that in recent years under Bramwell Tovey’s leadership saw them give the world premiere of James MacMillan’s oratorio ‘All the Hills and Vales Along’,  performed alongside the London Symphony Chorus and members of the London Symphony Orchestra at the Barbican Centre. 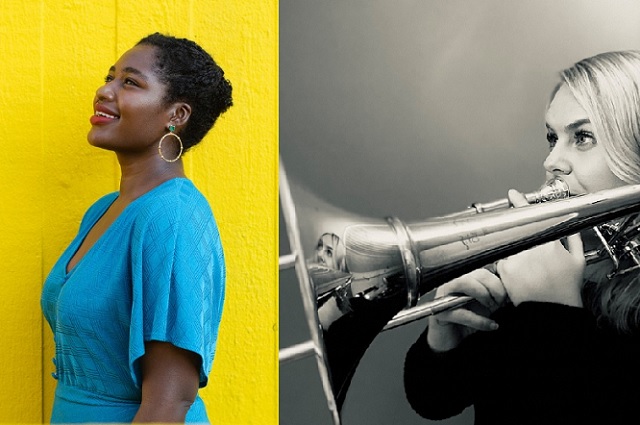 He continued with the theme. “The NYBBGB plays a key role in preserving the UK’s vibrant banding ecosystem.

Community brass bands suffered from the decline of heavy industry during the 1980s and 1990s, and although many have continued to prosper, opportunities for young players through cuts in musical education and peripatetic services have been acutely felt."

He adds: "That’s where the NYBBGB fits into things – helping maintain and promote a vibrant future for these invaluable musical assets; ones which are such an important element of British civic society - genuine community groups that bring joy to their audiences and life-affirming opportunities for people to make music together.

Our residential courses provide inspirational coaching and performing experiences to young players who take that energy back to their bands around the country.” 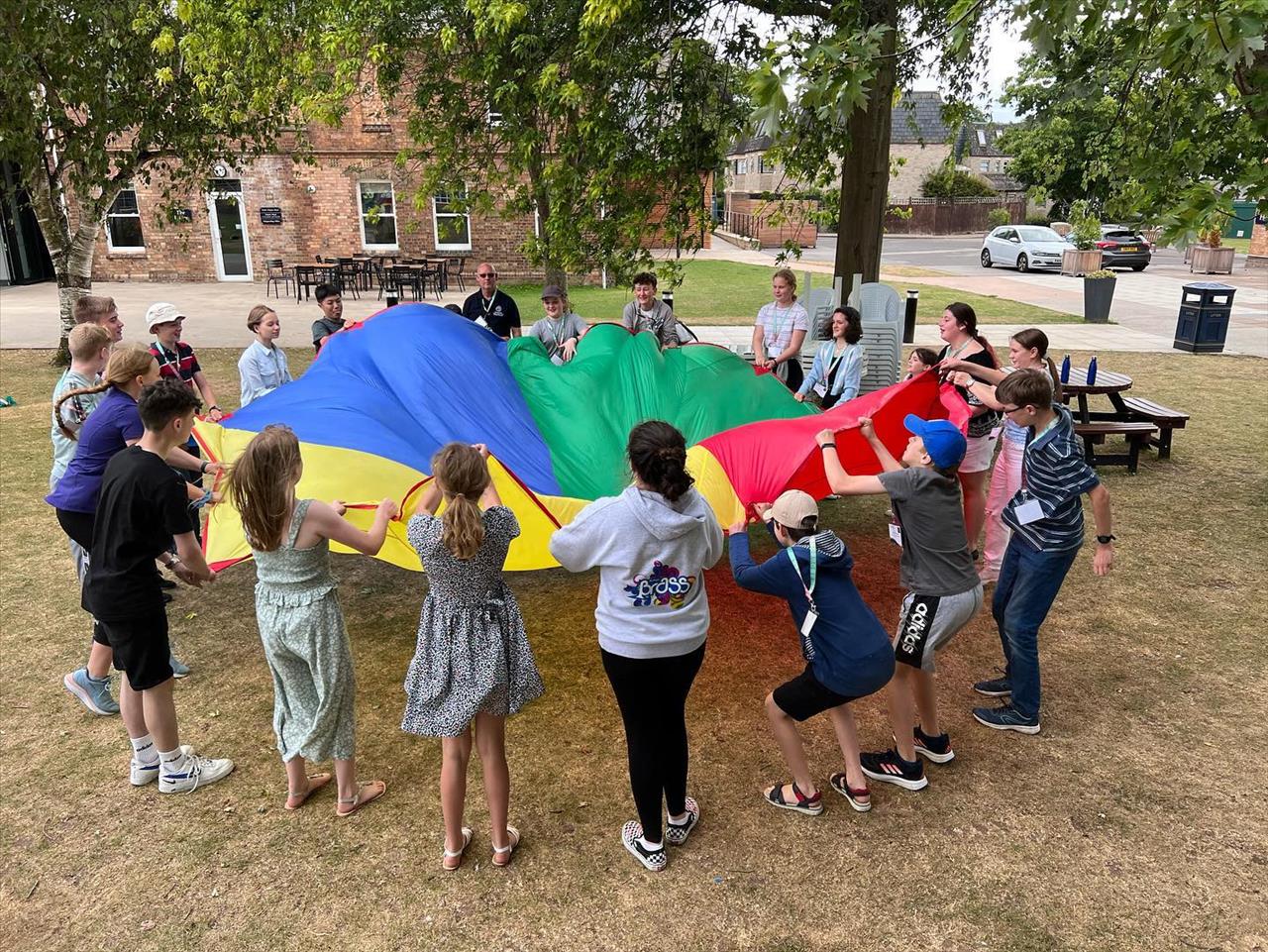 All together and full of cooperation...

The NYBBGB sits at the top of a pyramid (complimented by the National Youth Brass Bands of Scotland, Wales and Northern Ireland) of county youth brass bands and those from the voluntary sector, local music services and schools – and it is a link that Mark Bromley believes must be strengthened by cooperation.

“We depend on that structure to provide new members; if one or more of the parts become weak, it will inevitably affect our recruitment.” 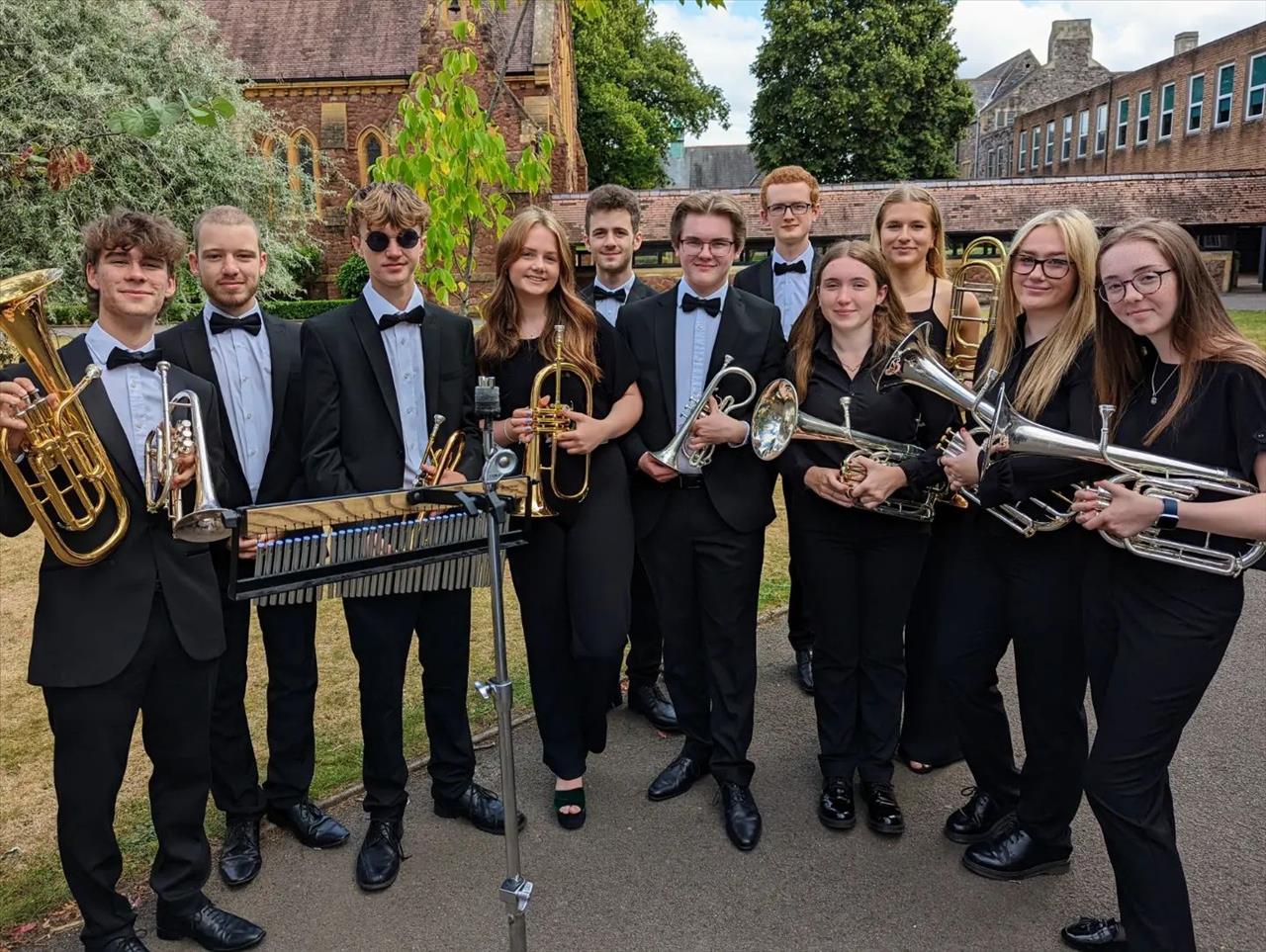 The next generation of stars...

It is also an outlook which he hopes can help community bands too.

“In this age of sustained pressure on state school music teaching, brass bands offer an alternative route into music-making for children whose parents cannot afford to pay for private tuition.

That’s why the NYBBGB is exploring ways to help children learn a brass instrument. We’ve already despatched small ensembles from our Youth Band to schools to inspire the next generation of players

Most bands lend instruments and provide lessons to new recruits without charge. But they have seen a decline in the number of young people coming forward over the past decade, thanks not least to the loss of 1,000 music teachers during that time and the suspension of around a third of face-to-face instrumental tuition since the pandemic began.

That’s why the NYBBGB is exploring ways to help children learn a brass instrument. We’ve already despatched small ensembles from our Youth Band to schools to inspire the next generation of players.”

He continued: “We’re also launching our Brass Building Blocks scheme, in collaboration with the Band of the Royal Marines, which is aimed at improving young players’ existing skills and raising their technical standards and are looking to roll out a series of brass masterclasses for secondary school pupils.” 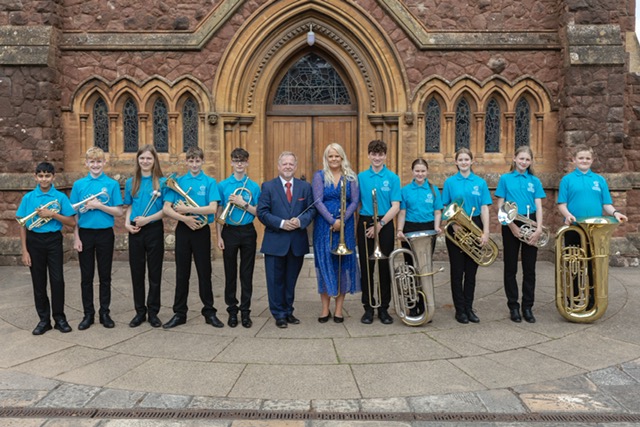 And the generation in waiting in the Childrens' Band...

Beyond banging the drum for all brass bands, Mark Bromley is determined to broaden access to the organisation’s ensembles.

“The Children’s Band, open to players aged eight to 13, fielded an equal number of girls and boys for our summer course last month, while the Youth Band, comprising brass and percussion players aged 14 to 19 of at least Grade 8 level or equivalent, was close to achieving parity.”

Challenges remain however, as he is keen to point out.

“Last year we commissioned the eminent educator Roy Terry to survey the socio-economic and demographic backgrounds of our members, which showed that while we’re doing well on equality and have made real progress on social inclusion, we have work to do to widen the ethnic diversity of our membership.

We also want to reach those parts of the country, from Cumbria to Suffolk, Herefordshire to Tyne and Wear, that have traditionally stood outside our main centres of recruitment in the Northwest, London and the East Midlands.” 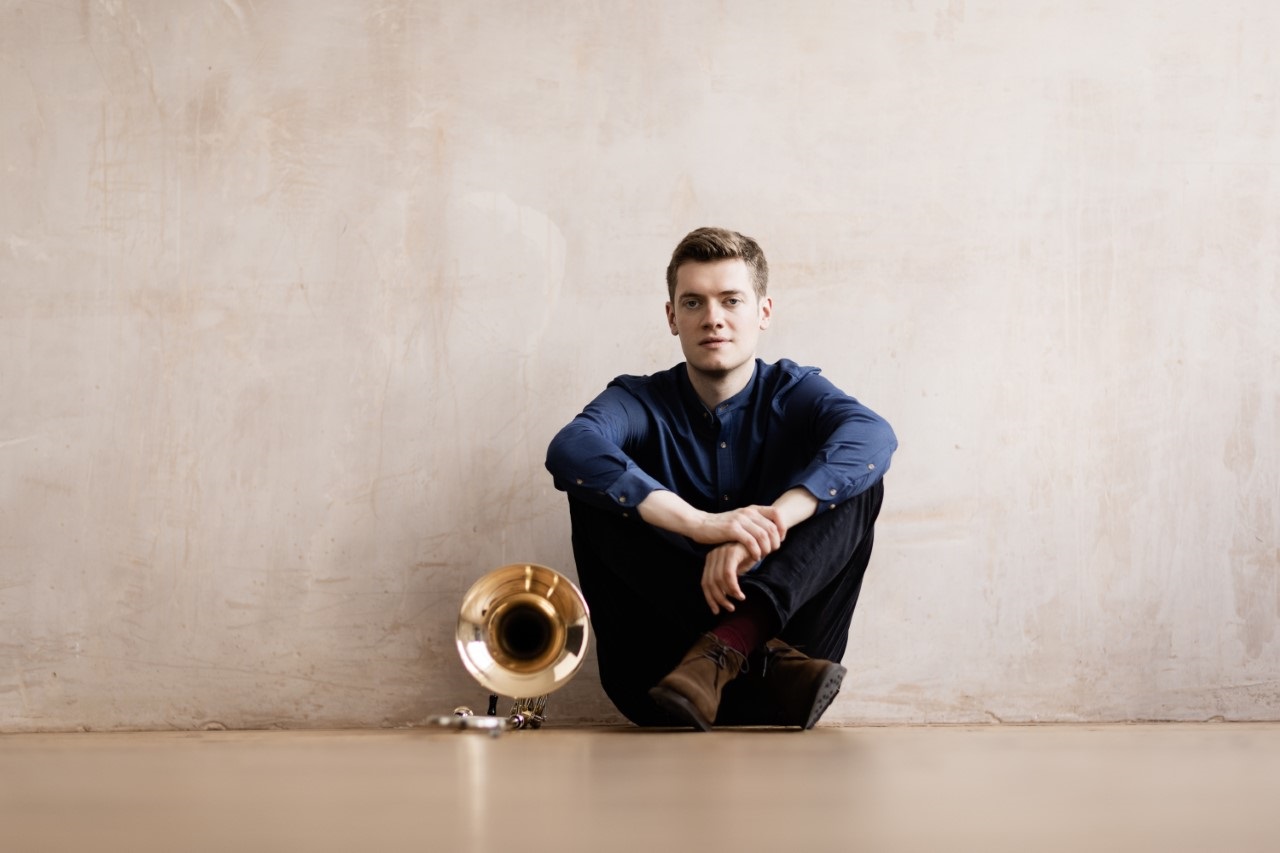 Inspiration though is not hard to find in the brass band world – with the NYBBGB having an enviable list of alumni – from the legendary Maurice Murphy to Isobel Daws, who recently gained a position in the Karajan Academy with the Berlin Philharmonic Orchestra.

All though still have a lifelong love of brass band music making and of the National Youth Brass Band of Great Britain. And that is the greatest form of success we can ever hope for

“This week for instance Peter Moore, a former trombonist with the Childrens’ and Youth Bands will perform a Concerto at the Proms – so what better advert is there for what can be achieved.

However, we are equally delighted to find out that former players have gone onto become successes in a huge variety of different adult careers – from music teachers to scientists.

All though still have a lifelong love of brass band music making and of the National Youth Brass Band of Great Britain. And that is the greatest form of success we can ever hope for.

That really is something to celebrate.”

A version of this interview was published on the Arts Desk website: https://theartsdesk.com/