Around 100 global delegates came to Swansea this year for the International Brass Band Summer School course led by Prof Nicholas Childs — and found a warm welcome to go with the music making... 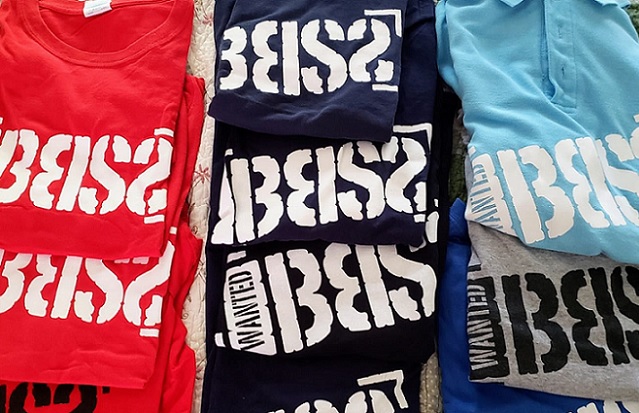 Ready and waiting for the arrivals...

“The best brass band summer course in the world.”

That was the opinion of the delegates who enjoyed a week of warm sunshine, cool sea and brilliant brass at the International Brass Band Summer School in Swansea.

Wales has always offered a warm welcome to people from around the world, with visitors drawn to the natural beauty of the coastal city and its peninsula outreach which has a historic affinity to metal.

From copper to brass

Led by Black Dyke Director of Music Prof Nicholas Childs, and boasting an enviable team of tutors, it attracted almost 100 delegates who enjoyed the mixture of musical education and holiday atmosphere with like-minded musicians.

Speaking about the welcome and facilities on offer Prof Childs said: “We have a long connection to the University, but this was the first time we have moved up the road to the new campus which really does offer so much more – including a fantastic concert hall.”

He added: “The enthusiasm of the delegates was brilliantly mixed by the tutors who I must thank.  People can choose the pace they want to work to gain full enjoyment and the tutors admire and respect that.  It makes for a great atmosphere.”

The cornet section was led by Richard Marshall, Tom Hutchinson and Chris Turner, the horns by Owen Farr (who were to be awarded ‘Section of the Week’) and euphoniums and baritones by Gary Curtin and Dan Thomas.

In addition, Brett Baker honed the skills of the trombones, Matt Routley the tubas, with Neil Edwards and Mark Thackrah ensuring the percussionists had everything they needed at their fingertips. 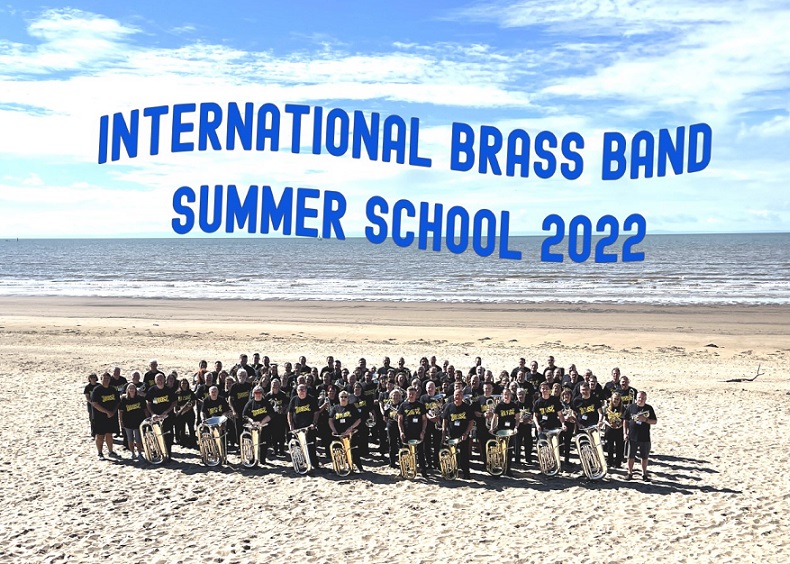 Sun, sea and super music making was on the horizon...

The composer in residence was the talented Norwegian Fredrick Schjelderup, who certainly enjoyed his first experience of the course.

“Thank you so much for some amazing days. Now I really understand why people travel from all over the world to come here,” he said.

“This has been one of the best and most rewarding musical weeks I’ve enjoyed for such a long time. It was such a privilege to work with great musicians and staff.”

Thank you so much for some amazing days. Now I really understand why people travel from all over the world to come here

That opinion was also shared by delegates. “The new facilities were fantastic,” Benjamin Koch from Eglisau in Switzerland said, whilst his colleague, Barbara Stockli from Zurich, added: “I loved the new campus! The food was good, the tutors brilliant and everything we needed was on hand.” 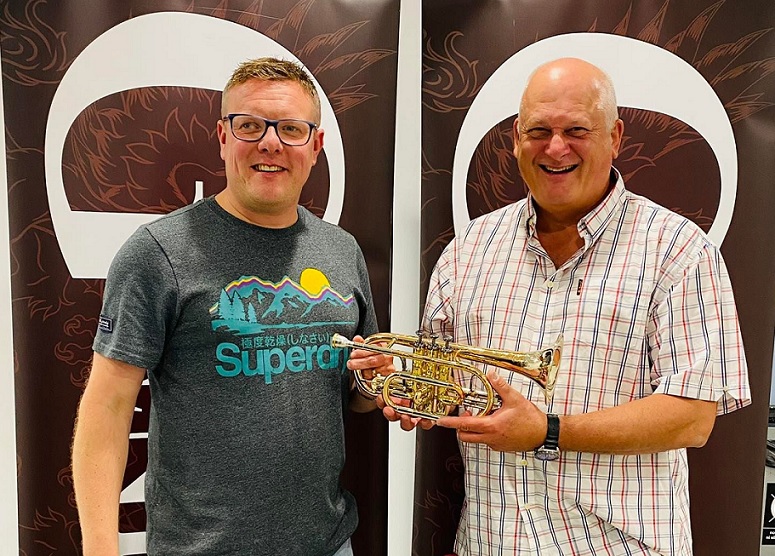 The musical work was focused through its two bands – ‘Cardinal’ and ‘Symphony’, which offered a nod of appreciation to course sponsors Geneva Group.

As well as the ensemble work, there was the opportunity to undertake section practice, ensemble tuition and one on one teaching.

Sight reading skills were also put to the test by working on Eric Ball’s classic ‘Resurgam’  and Edward Gregson’s demanding ‘Of Distant Memories’.

Delegates also had the opportunity to prepare solos with resident accompanist, Chris Williams from the Royal Welsh College of Music & Drama, whilst there was also a musical attraction on each night – from solo recitals to a real show-off tutors’ concert. 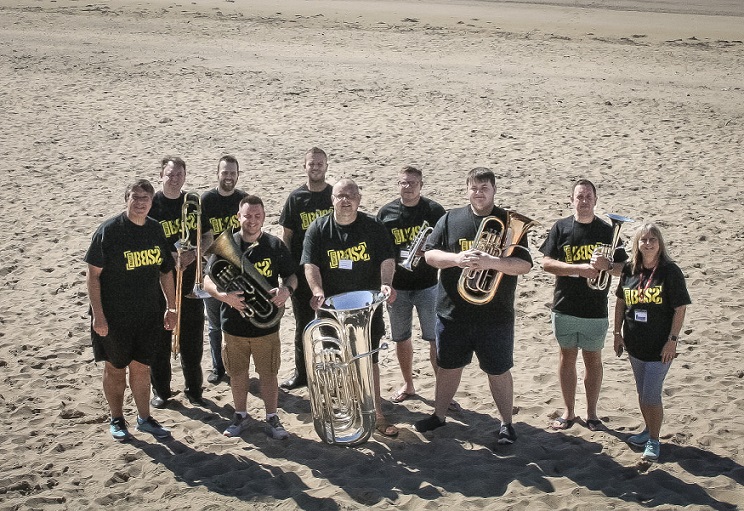 In addition, there was the fun of a Quiz Night hosted by Matthew Routley, celebrations of Switzerland’s National Day and Yorkshire Day, and a very special ‘Brass in Concert’ contest where three bands performed a march, hymn and a set test piece.

Reflecting on the atmosphere, Prof Childs added: “These are the events that stand out for me – the support that comes from all the delegates for others and the fun as well.

The tutors enjoy showing off of course, but it’s even better to hear a player take to the stage to play a solo on their own – some for the first time in front of an audience.”

The tutors enjoy showing off of course, but it’s even better to hear a player take to the stage to play a solo on their own – some for the first time in front of an audience 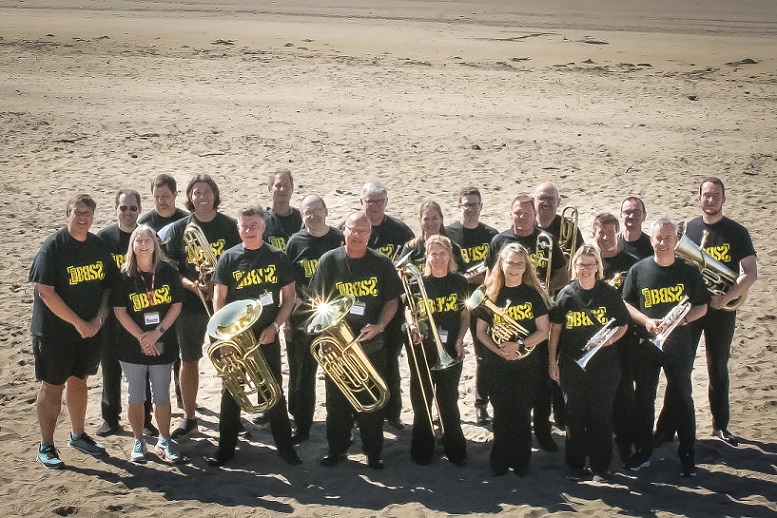 The land locked Swiss contingent enjoyed a rare outing to the seaside...

The course was rounded off by the IBBSS Gala Concert, which as always attracts a great deal on interest from the people of Swansea who come along to enjoy the music making.

It was held at the Campus ‘Great Hall’ which hosts the university’s formal functions and occasions, as well as the Welsh Regional Championships a couple of years ago.

You could hear the percussion easily without it overloading.  It was the best live brass band concert I have heard for a long time

“The concert was amazing,” one local supporter said. “I think the acoustic was simply outstanding.  I sat in the centre of the audience and the sound was exceptional.

You could hear the percussion easily without it overloading.  It was the best live brass band concert I have heard for a long time.”

Fire in the Blood

The concert featured the ‘Symphony’ and ‘Cardinal’ Bands who performed music including Fredrick’s ‘New Beginnings’  and ‘Fantasy of Joy’.  There was also music from ‘Star Wars’  and ‘West Side Story’,  with Paul Lovatt-Cooper’s ‘Fire in the Blood’  as one of the finales. 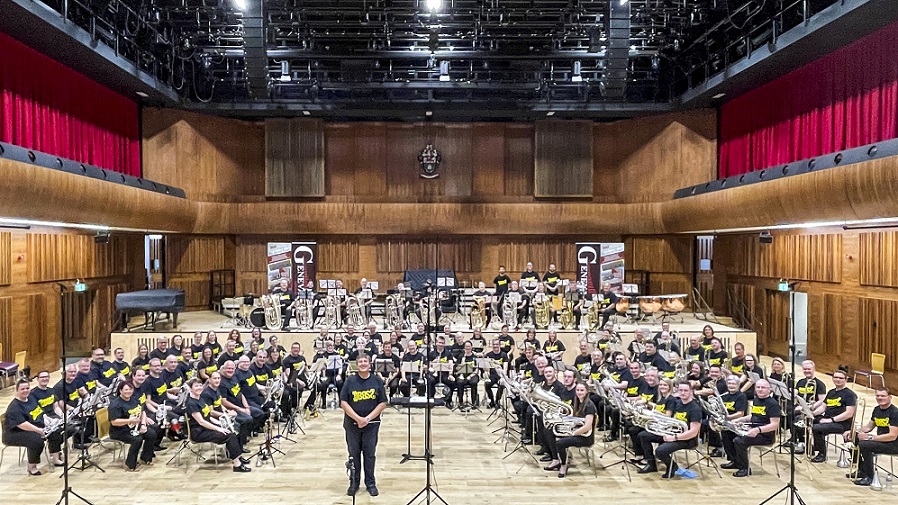 Ready for the Gala Concert

It closed with massed band items in R. B Hall’s ‘New Colonial’  and the ‘March of the Appian Way’  from ‘Pines of Rome’,  although time was also spent to remember those who had passed away since the last pre-covid course with a performance of ‘I’ll Walk with God’  in memory of Morfydd Childs, Frank Matley and Bryan Warrington.

Prof Childs added: “I’m delighted by the response we have had from the delegates and even more by the advance orders to book places on the course for 2023.”

The last words though went to the delegates themselves, with Amber Lewis-Roberts from Sheffield saying: “Thank you for another wonderful week of music making, all you’re your organisation running round after us and of course Becky’s Bar!

After missing out on the past 2 years it is brilliant to be back!”

Meanwhile, Doug Ruby who made the trip over from the USA simply added: “Love the new facilities here on the campus, can’t think of anything how to improve.”

The best brass band course in the world then?