4BR Editor Iwan Fox looks at the five works that will test the bands in their bid to qualify for the Cheltenham and London National Finals. 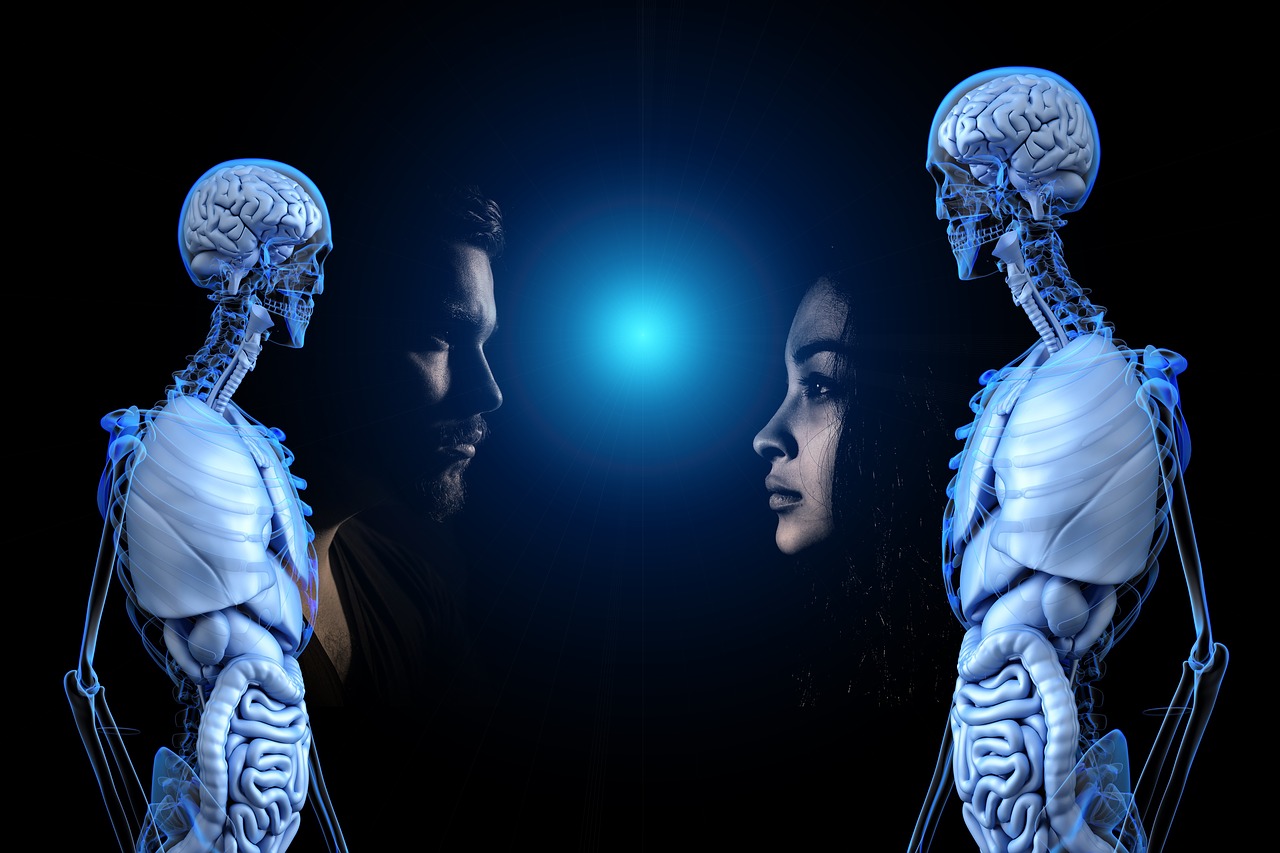 Championship Section:
A Tale As Yet Untold (Philip Sparke)

‘A Tale as Yet Untold’ was specially commissioned by the Cory Band for their appearance at the 2010 European Brass Band Championships in Linz, Austria.

It is a work of autobiographical inspiration, although the ‘Tale’ as stated is not divulged by the composer. The themes, both musical as well as metaphorical are clear though - a reflection on aspects of the human spirit, and especially those that are found in times of adversity.

The material recurs throughout three continuous movements; its most immediate response felt in the second section (marked Molto Lento) in which Sparke draws an inherent symbolism from his writing to evoke the ability of the human soul to overcome the ‘Sturm und Drang’, the inferred ‘storms and stresses’ of life, with an indomitable sense of optimism.

The composer’s superb craftsmanship is unquestionable - the first movement opening with a sense of nervous anxiety, the thematic idea emerging through a miasma of pianissimo filigree detail, the music tautly flexed in momentum before reaching an impassioned climax and tense close.

What thoughts the conductors try to evoke through the second section hold the key to the work’s coherent success; too slow and over-sentimental (it is marked molto espressivo - quaver = 76) and it churns like gone-off milk.

What thoughts the conductors try to evoke through the second section hold the key to the work’s coherent success; too slow and over-sentimental (it is marked molto espressivo - quaver = 76) and it churns like gone-off milk.

However, a tender appreciation of phrasing, relative dynamics and pace bring the deep seated emotions to the surface - the beauty of the writing revealed in satin glory. Simply making the music act as a frame to enclose the showcase cadenzas does it a huge disservice (although their execution may make the judge’s job easier).

The final section (Molto Vivace - 160) is typical free-flowing Sparke - a joyful and energised toccata (although not spitefully aggressive) balanced by a lyrical melodic line that weaves its way throughout.  This is more about supple command of power and pace – echoing the control of the initial feelings of anxiety felt at the very beginning of the composition.

The pathway to the finish is one of increased intensity – growing to a triumphant salute to the power of the human spirit and Sparke’s brilliance as a composer. 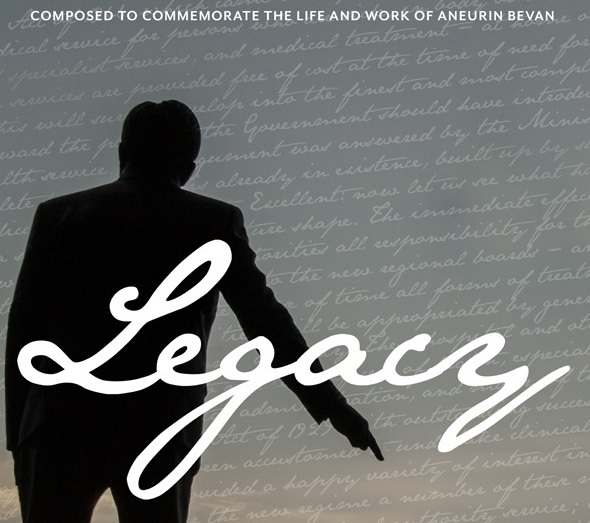 'Legacy' was originally conceived in 2018 as a short work celebrating the 70th anniversary of the National Health Service as well as that of the life of its founder, Welsh politician Aneurin Bevan.

Commissioned by Tredegar Band (Bevan was from the town) the initial soprano cornet solo received its world premiere in the Speaker's Room of the Houses of Parliament, with this expanded competition version created by composer Tom Davoren especially for the 2020 Regional Championships.

In three continuous sections, it reflects on Bevan's political aspirations – a form of socialism that was forged by his upbringing as a miner, trade unionist, political activist, MP and finally, as Minster for Health, as well as the composer’s own family experiences, like millions of others, of relying on Bevan’s creation to serve the well-being of the nation.

It is therefore a work of rich, deeply ingrained emotional impact – and a very different type of musical challenge.

its tender lines of expression marking Bevan’s own ethos: “No society can legitimately call itself civilised if a sick person is denied medical aid because of lack of means."

The fluent opening movement is almost a dialogue of Bevan’s ultimately persuasive argument against those who he said he had “to stuff their mouths with gold” to quell their opposition - the music fluctuating with pressure, denial and foreboding.

The central movement is the emotional core; representing the balance of hope and adversity as experienced by anyone who has been touched directly by the NHS in its 70 plus years of existence; its tender lines of expression marking Bevan’s own ethos: “No society can legitimately call itself civilised if a sick person is denied medical aid because of lack of means.”

The final section reflects on the understandable march of progress – troubled and challenging, yet ultimately uplifting in celebration of a political achievement of unparalleled social justice and humanity. 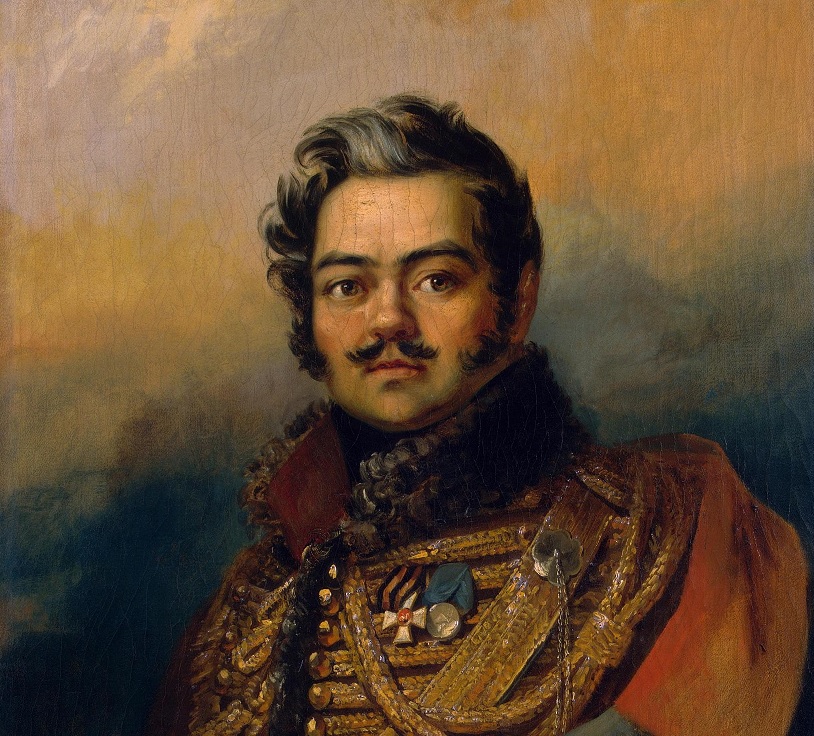 Denis Davydov was a swashbuckling Russian soldier-poet of the Napoleonic Wars – a man rooted in nobility, fuelled by hedonism and braggadocio. He mixed valour with vain glory, personal humanity with battlefield cruelty.

He drank like a fish in a pond of vodka and had numerous questionable relationships with women.  A portrait by George Dawe (above) depicts him perfectly; a cherub’s face, a soul of ice.

‘The Golden Sabre’ is a series of musical portraits shaped around Davydov’s military actions during 1812, alongside the ideals and themes that defined his ‘Hussar’ poetry.

It is clever, colourful writing, romantically tinted, much like its hero, with a quixotic feel for his personality - right down to the Terry Thomas twist in his moustache.

Follow the orders and it could very well result in the most stylish of victories. Get it wrong and a performance could end up with more casualties than Napoleon’s retreat from Moscow.

The composer directs the conductors in their battle plans like a Field Marshall from a desk well behind the battle lines of the contest stage; 11 episodic chapters dictated by the metronome as well as the descriptive adjective – from a Deciso crotchet = 80 to open, to a Vigoroso ‘death or glory’ finale.

Follow the orders and it could very well result in the most stylish of victories. Get it wrong and a performance could end up with more casualties than Napoleon’s retreat from Moscow.

Throughout there are plenty of moments of drama, pathos and passion (including a lovely Ukrainian folk song) as well as tricky little corners to negotiate with care and attention (the meter changes are swift and energised) aided by sensible percussion writing and muted effects.

By the time bands make it to the Trionfale ending they have been on one heck of a battlefield charge - from Blackpool to Borodino with all stops in between. 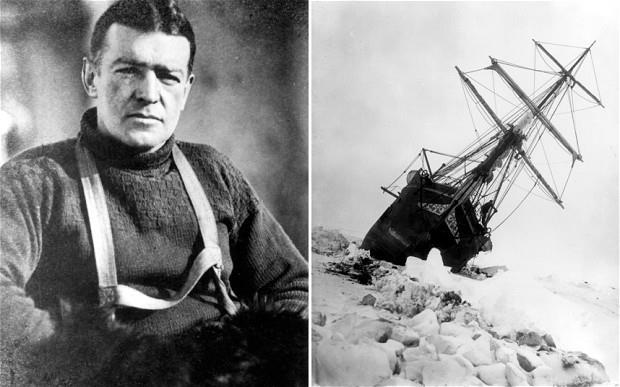 Andrew Baker’s test-piece for the Third Section is also a portrait of a very particular heroic figure – that of Antarctic explorer Ernest Shackleton.

His was a personality ploughed straight from the earth, but driven by a sense of nautical adventure.  His restless nature saw him leave school at 16 and head for a life at sea. It was to define him as a man and as a figure in history.

‘Endurance’ is a set of five ‘narrative variations’ inspired by the story of Shackleton’s epic journey across the Southern Ocean in 1914-16, one which saved his men from unquestionable disaster.  It is the stuff of legend.

Andrew Baker does him justice in his cleverly constructed work of Lydian modes, Promethean chords, brief homages, evocative scenes and linear storytelling - the title coming from the name of the doomed ship that took Shackleton to Antarctica and which was trapped in crushing ice before sinking below the waves.

It heralds bleak desolation and the realisation that only a journey of epic scope can save the men under their leader - a latter day Odysseus, tied inextricably to the mast of the small lifeboat James Caird.

The work opens mysteriously; a monochrome reality of a land far away and far from the kaleidoscopic colour of imagination.

Optimism and energy soon take hold as the expedition heads ‘South’, the sense of adventure bubbling with excitement.

In time the seas become black and turgid; the disjointed landscape of broken ice flows and jagged horizons slowly but inexorably overtaken by the relentless pressure of the ice itself crushing the hull of the ship.

It heralds bleak desolation and the realisation that only a journey of epic scope can save the men under their leader - a latter day Odysseus, tied inextricably to the mast of the small lifeboat James Caird.

Baker expertly musters effect and melody, a cold sliver of danger never far from the music that retains the feeling of a singular man’s determination to beat the elements of nature.

The emptiness of the ocean summons heroism in Shackleton to lead his men to eventual safety - the final section slowly but surely bringing salvation into view after 830 miles of peril. 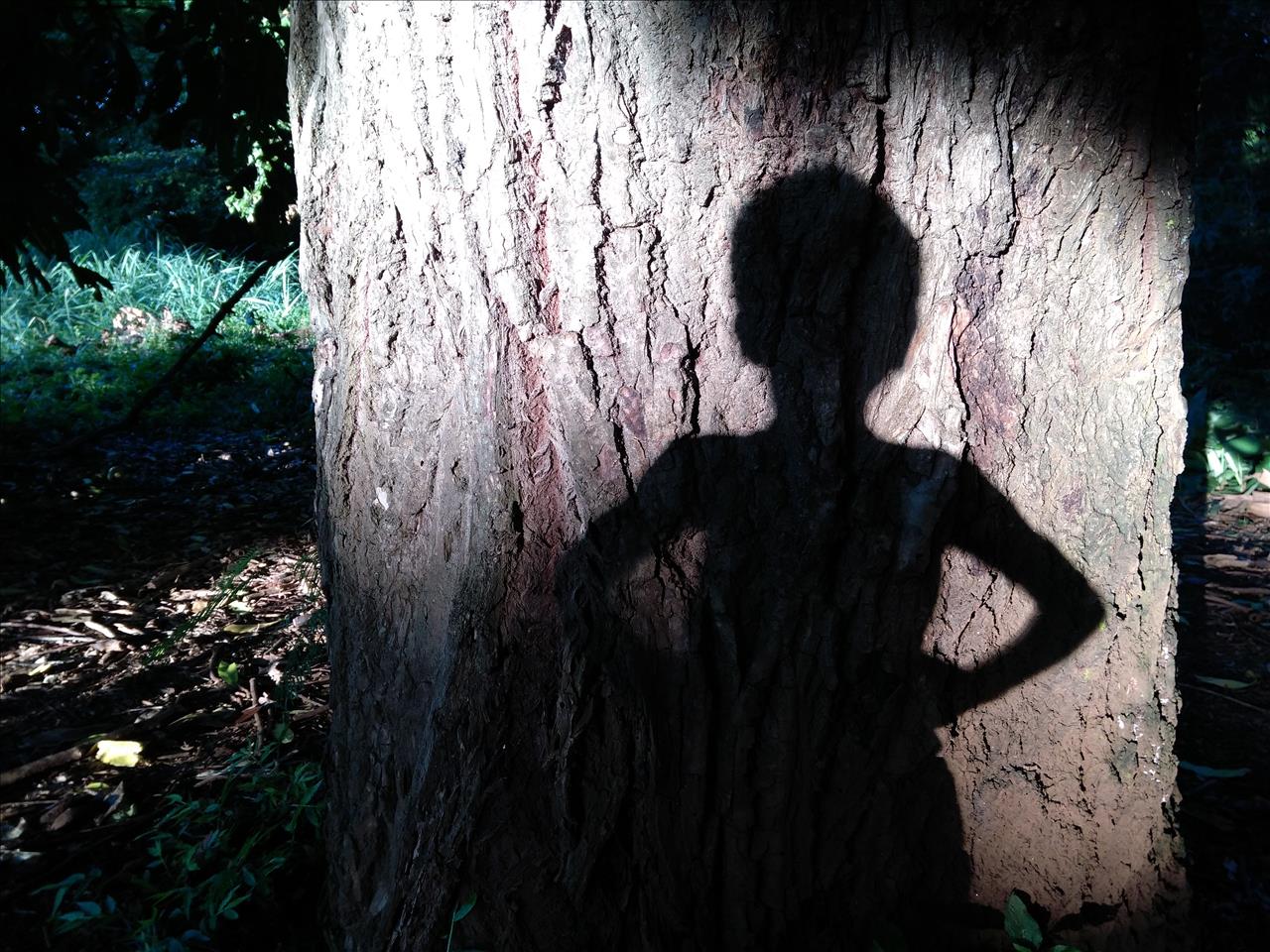 Christopher Bond’s hugely enjoyable work is not inspired by a global figure of historical fact, but one of the most famous from the world of fiction.

Peter Pan is the child who never grew up.  He is the boy who leads his friends on fantastical adventures to Neverland – the stories by J.M. Barrie now seen as an allegorical tale of his own relationship with his older brother who died in a skating accident just before his 14th birthday.

“All children, except one, grow up,” he wrote about Peter Pan in 1911; a line touched as much by magic as it is by melancholy.

The composer has taken three of the main themes from Barrie’s book and used them to create his own contrasting sections of adventurism - the writing neatly pitched at just the right level to challenge technique without losing its well defined sense of stylish description.

It ends with the energetic battle against Captain Hook – “In person, he was cadaverous and blackavized, and his hair was dressed in long curls, which at a distance looked like black candles, and gave a singularly threatening expression to his handsome countenance.”

‘Journey to Neverland’ is mysterious and magical, transforming quickly as it builds in texture and momentum - adulthood left behind as the children escape like birds into the night. ‘The Windows that Closed’ that follows has a darker edge of recall, longing and loss – elements the composer treats with a touching deference in a dreamy interlude.

It ends with the energetic battle against Captain Hook – “In person, he was cadaverous and blackavized, and his hair was dressed in long curls, which at a distance looked like black candles, and gave a singularly threatening expression to his handsome countenance.”

This no Disneyfied cartoon figure, but that of death himself; the music jumping dangerously on the edge of potential demise before building in drama and intensity to its triumphant conclusion.

It also rounds off a work that should bring a great deal of satisfaction to players and listeners alike who, for 10 minutes or so, will have been transported to a world of make believe and magic.