Beyond the Score
Yamaha inspires through holistic star approach

Yamaha stars inspire over 150 brass band players as they look to provide performance foundations on which to build a life long enthusiasm and passion for brass banding. 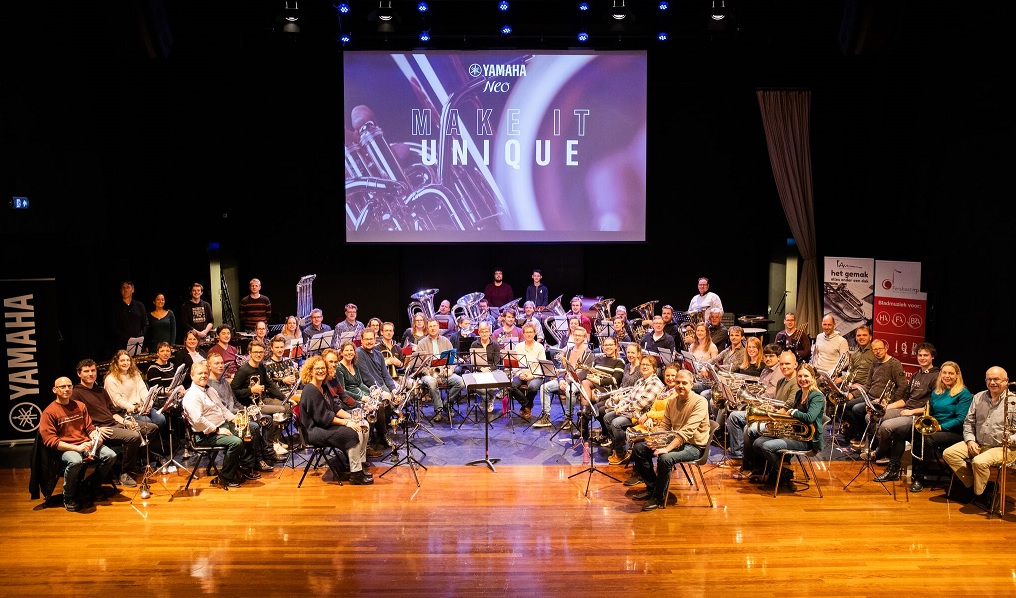 Over 150 players took part in the clinic initiative in Utrecht

The importance of the development of a strong European-wide brass band movement to Yamaha Musical Instruments was highlighted at a special ‘Beyond the Score’ Band Clinic hosted by the company in Utrecht in December.

It was the second time the initiative has been held, with a number of leading Yamaha artists such as Russell Gray, Katrina Marzella and Armin Bachmann hosting two days of specialist workshops, lectures and clinic sessions for over 150 brass band players from eight different countries.

The aim was to give invaluable insight in a wide variety of different playing and performance aspects – from the psychology of performance to the art of slow melody playing and much more besides.

4BR was informed that Yamaha believes that a holistic approach produces more accomplished musicians – ones who can build upon a solid foundation of skills sets to help them in their musical futures, from enjoying playing in their local brass band to performing in the highest professional ranks. 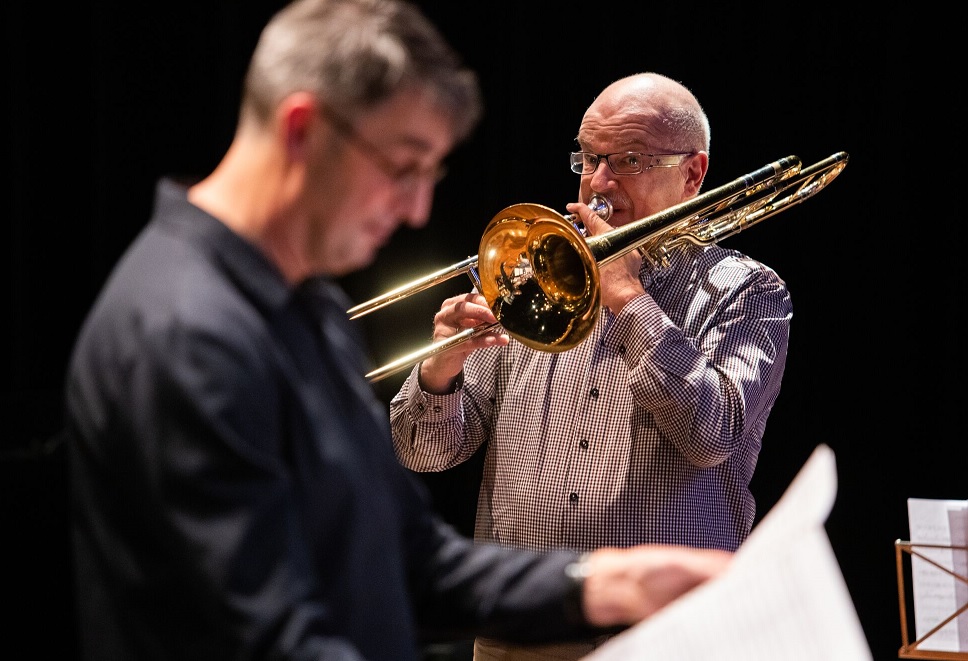 Speaking to 4BR, Armin Bachmann, the renowned trombonist and professor at the Weimar Academy of Music spoke enthusiastically about the importance of the event.

“The Yamaha Band Clinic fills an important gap in the development of the European brass band. It brings topics outside of instrumental music making into the spotlight to benefit players of all levels.”

The Yamaha Band Clinic fills an important gap in the development of the European brass band. It brings topics outside of instrumental music making into the spotlight to benefit players of all levels

The two days encompassed a series of topics, with Yamaha product specialist Timo Hänf adding that the company was delighted by the response: “There was such a positive atmosphere which also showed why playing in a brass band is so much more than an ensemble making music together.

We were delighted at the response, the enthusiasm and the passion.”

Timo was also on hand to give a short presentation about the history of Yamaha and the development process of the company’s Neo instruments.

That enthusiastic response was also something Armin found out first hand. “There was a fantastic mix of talent, commitment and curiosity. It was astonishing to both see and hear the progress made through an atmosphere of encouragement and understanding.” 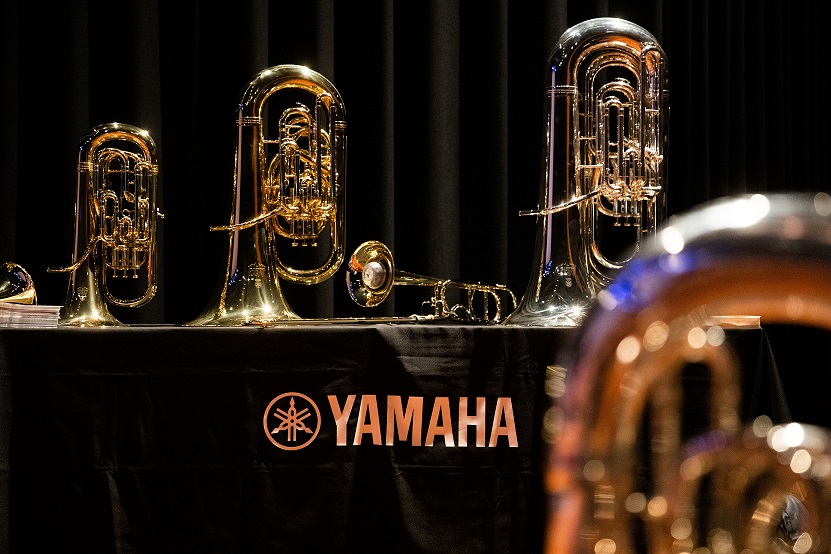 Yamaha's Neo range of instruments were on display

There really was something to tickle the fancy of everyone in attendance - especially as the participants had the opportunity to work alongside the likes of Yamaha artists such as Erik Janssen, Arfon Owen and Simone Rebello.

Yamaha’s Timo Haenf added: “This was so important – and the carousel approach meant that all the players could learn quickly and effectively.  The ‘Beyond the Score’ ethos meant we could cover ‘traditional’ performance aspects such as practice regimes and lyrical artistry, as well as the how to present yourself in a professional manner.

Understanding the psychology of performance is becoming an increasingly important foundation stone on which to build a successful long term playing career at any level, and it was also good that we could offer the players an invaluable insight into the role of the conductor.”

Understanding the psychology of performance is becoming an increasingly important foundation stone on which to build a successful long term playing career at any level, and it was also good that we could offer the players an invaluable insight into the role of the conductor

An element of this latter aspect, entitled, ‘What is a successful contest performance’ was undertaken by the highly respected Dutch conductor Erik Janssen, who has conducted both professional ensembles and many of Europe’s leading top level bands.

It involved giving everyone the opportunity to take up the adjudicator’s role listening to recordings of ‘Petite Suite de Ballet’. 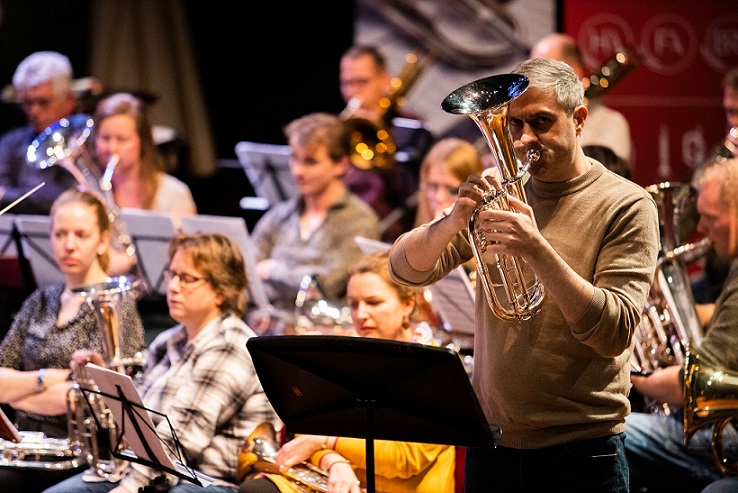 Although written by Eric Ball some years ago and now performed at Third and Fourth Section level, the composer’s wonderful appreciation of both style and function within its four short movements provided the ideal testing ground to air opinions on just how difficult it was compare and contrast performances.

As Eric later revealed: “The band clinic was really inspiring! All the participants had some great new insights into the score and brought something out.

It gave us all inspiration and understanding on some great music – and all undertaking in such a friendly, open manner.” 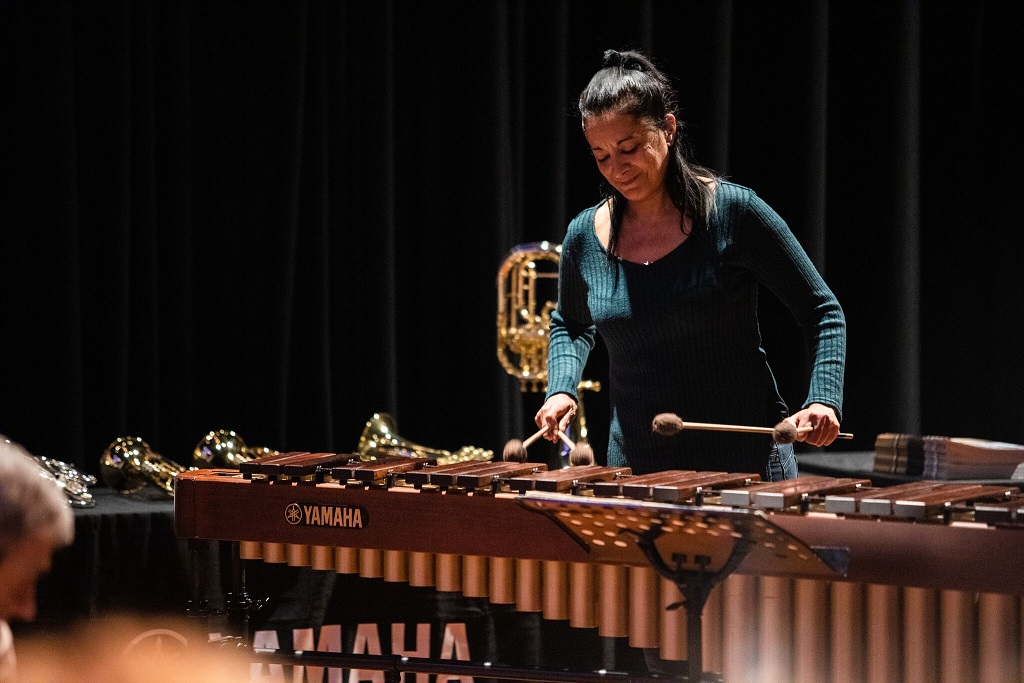 Light at the end of the day

Speaking about the event, the celebrated percussionist Simone Rebello said: “Seeing my fellow artists leading the performers and conducting in the final presentations was just fantastic.  The progress made was so heartening.

Earlier, she had given a spellbinding rendition of her arrangement of ‘A Little Prayer’ – the perfect way on which to reflect on the event.

She added: “We often don't actually get to hear each other in action and it was wonderful to enjoy the interaction with the participants. It was a great two days.”

Seeing my fellow artists leading the performers and conducting in the final presentations was just fantastic.  The progress made was so heartening

The event was rounded off with a massed band performance, with all the participants joining forces Fredrick Schjelderup’s composition, ‘Light’ under the direction of Russell Gray and Erik Janssen and featuring some inspirational solo spots from Armin Bachmann, Katrina Marzella and Arfon Owen.