In a heartbeat
When beating time is all that matters...

When conductor Ian Holmes collapsed with a cardiac arrest during a rehearsal, three players knew that beating the right time would save his life... 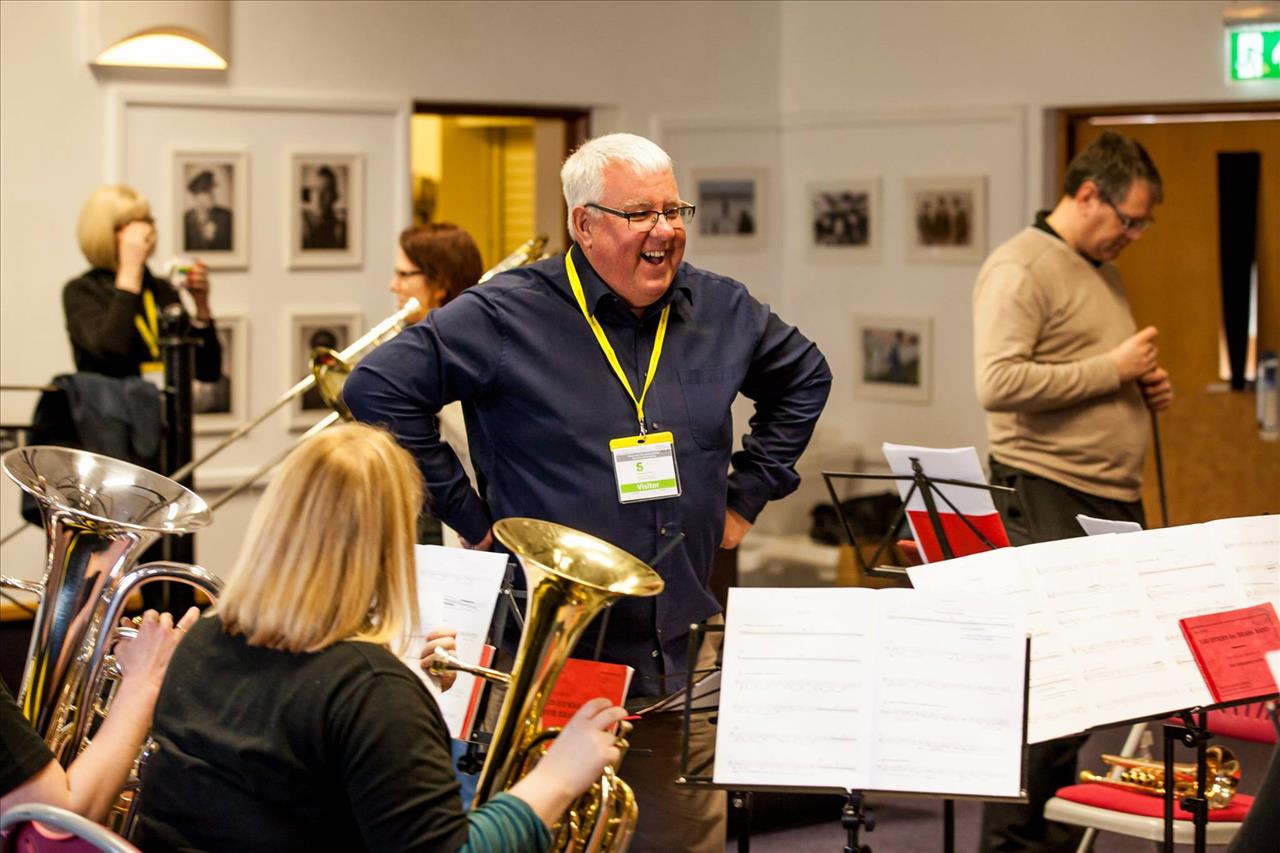 Enjoying life before and now after...

There are more important things than winning a brass band contest.

He was six minutes into conducting a rehearsal on this year’s Area test-piece ‘Seascapes’ with Filton Concert Brass in preparation for the West of England Regional Championships in March, when he suffered a major cardiac arrest.

Not only did they know that he needed immediate cardiopulmonary resuscitation (CPR), but crucially, they also knew how to administer it.

Without it Ian would have died.

As the clock ticked slowly by, Anthony, Ralph and Craig continued the lessons learnt from courses and training they had all undertaken. 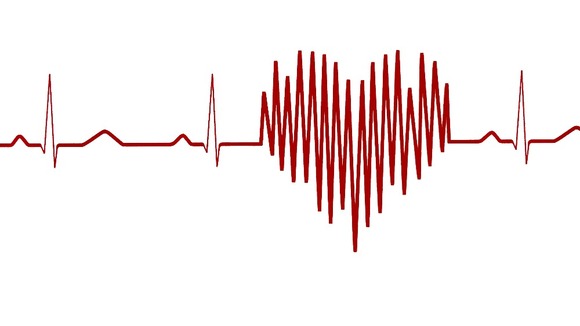 Thankfully, the local emergency department of Bristol Royal Infirmary was just a few miles away from the rehearsal room, but during the 8-10 minutes that it took for them to arrive, Ian’s life was still in the balance.

As the clock ticked slowly by, Anthony, Ralph and Craig continued the lessons learnt from courses and training they had all undertaken.

It was the key to his survival.

Further paramedic care saw him gain consciousness, and by the time he arrived in the emergency unit he was talking. His recovery was underway.

A little later, expert diagnosis at the hospital pinpointed an electrical heart condition, probably genetic.  The NHS then provided Ian with a state of the art Implantable Cardioverter Defribillator (ICD) which was subsequently put into his body under local anesthetic and now, somewhat like a metronome, regulates his heartbeat.

Unfortunately there was a problem with the first operation so it had to be done again a few weeks later and now Ian is partway through a six week period of rest and recovery. Despite not being able to drive for six months, he is enjoying getting out and about again – although as he told 4BR he is already raring to get back on the conducting rostrum.

“It’s all a bit surreal looking back on things,” he said. “One minute I was making my way though ‘Seascapes’ and the next I was looking up at a paramedic in the ambulance on my way to the hospital.  There was no warning at all.

I owe my life to the action of Anthony, Ralph and Craig. Without them knowing what to do, I wouldn’t be here today. I will never be able to thank them enough for doing what they did, although they did say that I can’t ask them to play their parts on their own in rehearsal in future!” 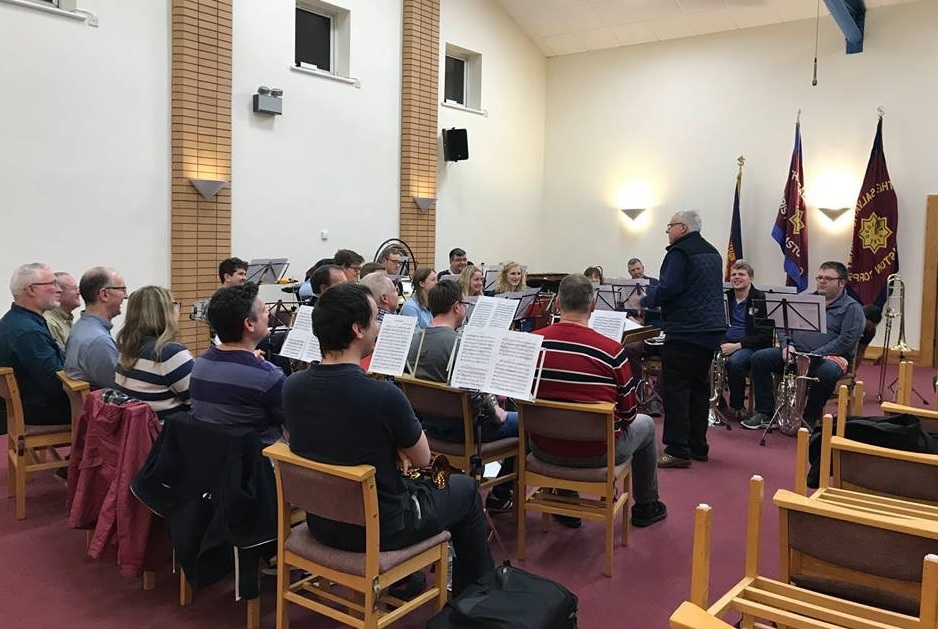 In response Anthony modestly told 4BR: “I’m just glad he’s getting back to full health and we’ll be enjoying seeing him back in front of the band.

I studied medicine at the University of Bristol before studying law, so I knew about CPR and its importance, whilst Ralph was in the Army and Craig had training too, so we were in the lucky position of having three people with the correct knowledge on hand.”

CPR is critical in that respect, so I would advise any band to book a training course to make sure at least three people know what to do at any time.

He added: “The key is to stay calm, phone for the emergency services and take the correct steps. Be confident.

In the 8 - 10 minute period before the paramedics arrived the action we kept his brain oxygenated. When they arrived they undertook their shock procedures three times and by the time he was in the ambulance Ian was sitting up and talking.

CPR is critical in that respect, so I would advise any band to book a training course to make sure at least three people know what to do at any time.

Hopefully you will never need to put it into practice, but if you do it could make all the difference.”

However, the seriousness of what happened to Ian also brought a touch of the usual brass band black humour to bear.

“I had to smile when I found out that Anthony apologised for not hitting my ribs hard enough, although the severe bruising showed he gave it a good go,” Ian added. “Someone from the band also issued a lovely Facebook post to the City of Bristol Band who I was due to conduct on the Saturday, saying they were sorry they had ‘broken’ their conductor.” 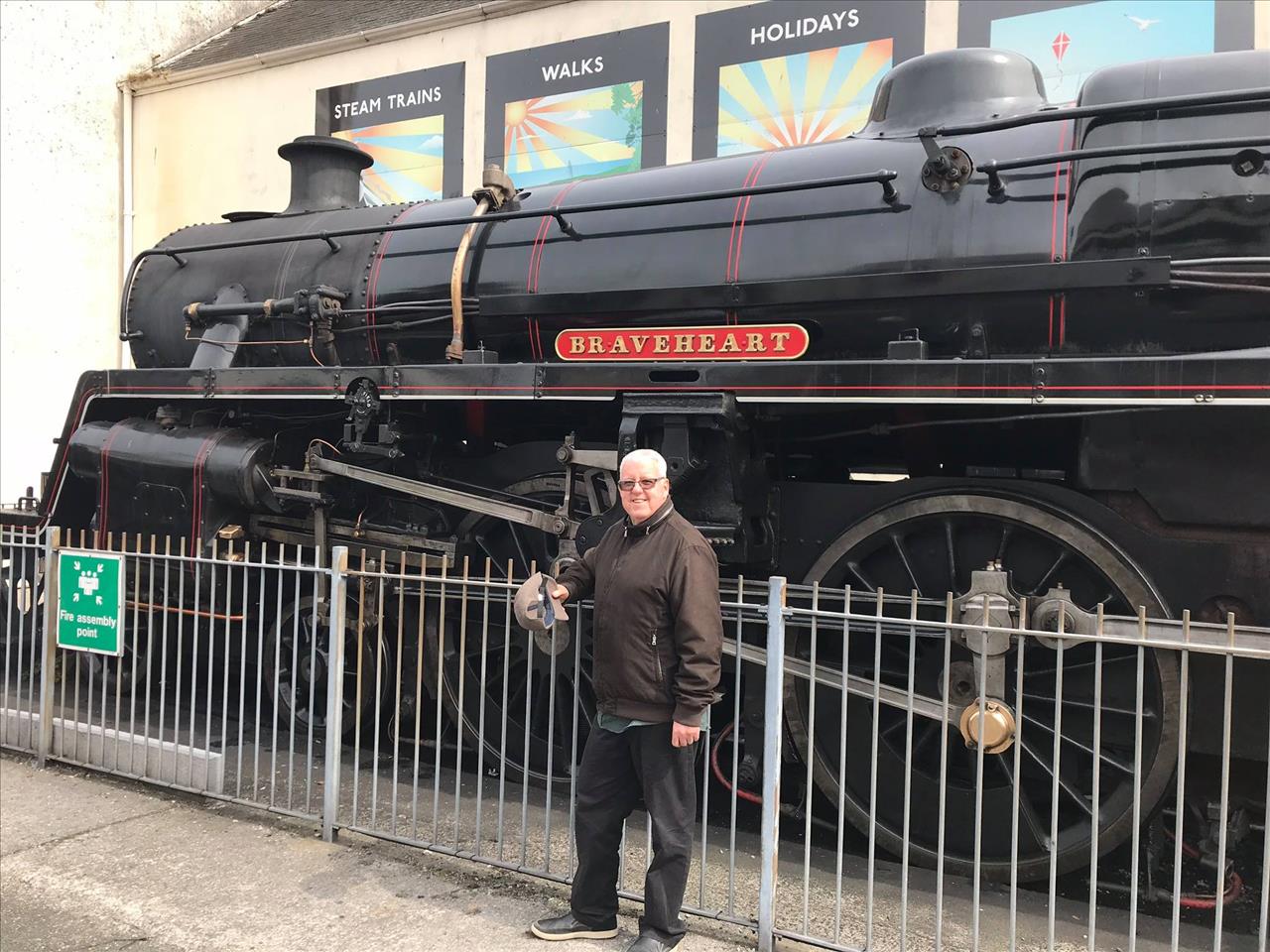 And as for the new implant?

“Having it put in under local anesthetic was also a touch surreal. I had an angiogram and then it was all systems go for the operation.

Watching it being out in place whilst being connected up on a television screen was incredible and the skill of the surgeon was amazing.”

Ian’s determination to thank those who saved his life has also understandably be shared by his wife, composer Liz Lane, who set up a birthday Facebook fundraising page for the British Heart Foundation which raised over £880 in just a couple of weeks.

Liz told 4BR that not only was that a way to say thanks, but hopefully it will raise the awareness of the banding community to find out more about a very simple and very practical way to save a life.

“Without the lads having that knowledge Ian wouldn’t be with us today – I can’t thank them enough. Nobody wants to be able to put what they have learnt into practice, but when the emergency arose they did.

I recently attended a course on CPR and found out that anyone, of any age, could be at risk from a cardiac arrest; crucially I also learnt how straightforward it is to learn CPR or to pass on that skill to others.”

Without the lads having that knowledge Ian wouldn’t be with us today – I can’t thank them enough. Nobody wants to be able to put what they have learnt into practice, but when the emergency arose they did. 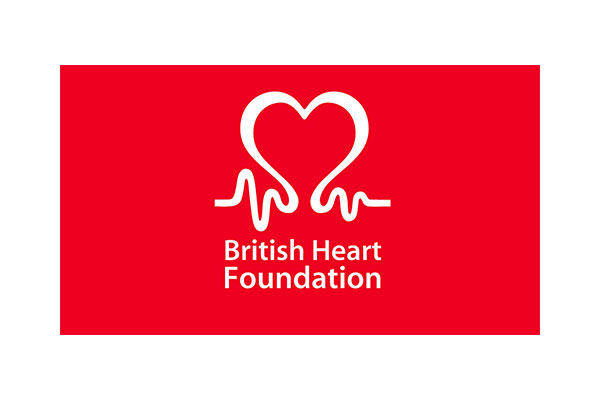 Liz added: “Knowing how to do CPR is not a mystery and it’s not difficult. My instructor recommended having a tune in mind at an appropriate tempo (100-120 beats per minute) – so there are surely plenty of suitable brass band marches!

There are courses run by the British Heart Foundation with people who will come out to groups for a minimal charge.

However, with no outlay or minimal time, most brass bands would surely have someone (or know someone) who could share their knowledge of CPR – potentially giving a greater chance that someone’s life one day could be saved.”

With thanks to Ian Holmes, Liz Lane and  the members of Filton Concert Brass

Further information on British Heart Foundation training courses can be found at: https://www.bhf.org.uk/