The opening up of Europe
An argument for keeping things closed

Cory MD Philip Harper responds to 4BR's recent article on open adjudication in the own-choice element of the European Championships... 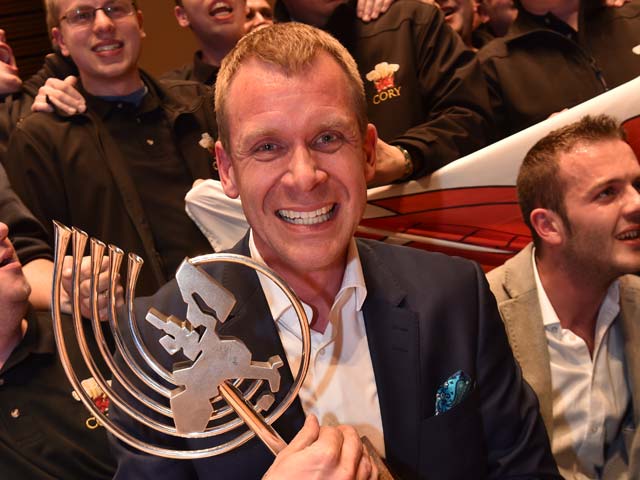 Philip Harper has enjoyed quite a bit of European success over the years...

I was interested to read 4BR Editor Iwan Fox’s recent article (see below) urging organisers to use open adjudication for the own-choice discipline at the European Championships.

Having participated regularly as a competitor at this event in recent years, as well as acting as an adjudicator at similar events (most recently, the own-choice element of the Swiss Nationals a few months ago) I felt the need to offer my opinion on the matter.

I have done so by giving direct examples of my own experience which have led me to the opposite conclusion expressed in the article.

At the 2018 Swiss National Championships, there were 12 performances of own-choice pieces, some new, some old.

I had absolutely no idea who was playing what, and I much preferred it that way.

Of course, you’ll never get a watertight system for keeping secrets, but as a judge I would go out of my way NOT to find out.

Equally judges will unavoidably have their suspicions on own-choice day, but even that single seed of doubt which the closed scenario creates is enough to maintain the objectivity which this kind of task requires.

If, once in the box, I spent my time and energy trying to guess the identities of the bands rather than listening, then I believe I would be failing in my duty. Similarly trying to spot players by their sound – I think my band listening skills are quite well developed, but I am certainly not capable of doing this.
Moreover, it’s a mug’s game even trying – an irrelevance.

Derek Bourgeois told me that when he was in the box adjudicating his own music with two other judges at the 1993 UK National Finals, partway through one performance a colleague leaned towards him and whispered: “This is Black Dyke – definitely.”

Derek Bourgeois told me that when he was in the box adjudicating his own music with two other judges at the 1993 UK National Finals, partway through one performance a colleague leaned towards him and whispered: “This is Black Dyke – definitely.”

Derek thought it an odd thing to say, trying to guess the band rather than listening to the performance. The irony is that Black Dyke hadn’t even qualified in 1993, so weren’t even playing at that contest!

I use the story to underline the point, borne from my experience: Judges do not always know which band is performing, and presuming or trying to guess would be unprofessional, and an unwanted distraction from the job in hand. 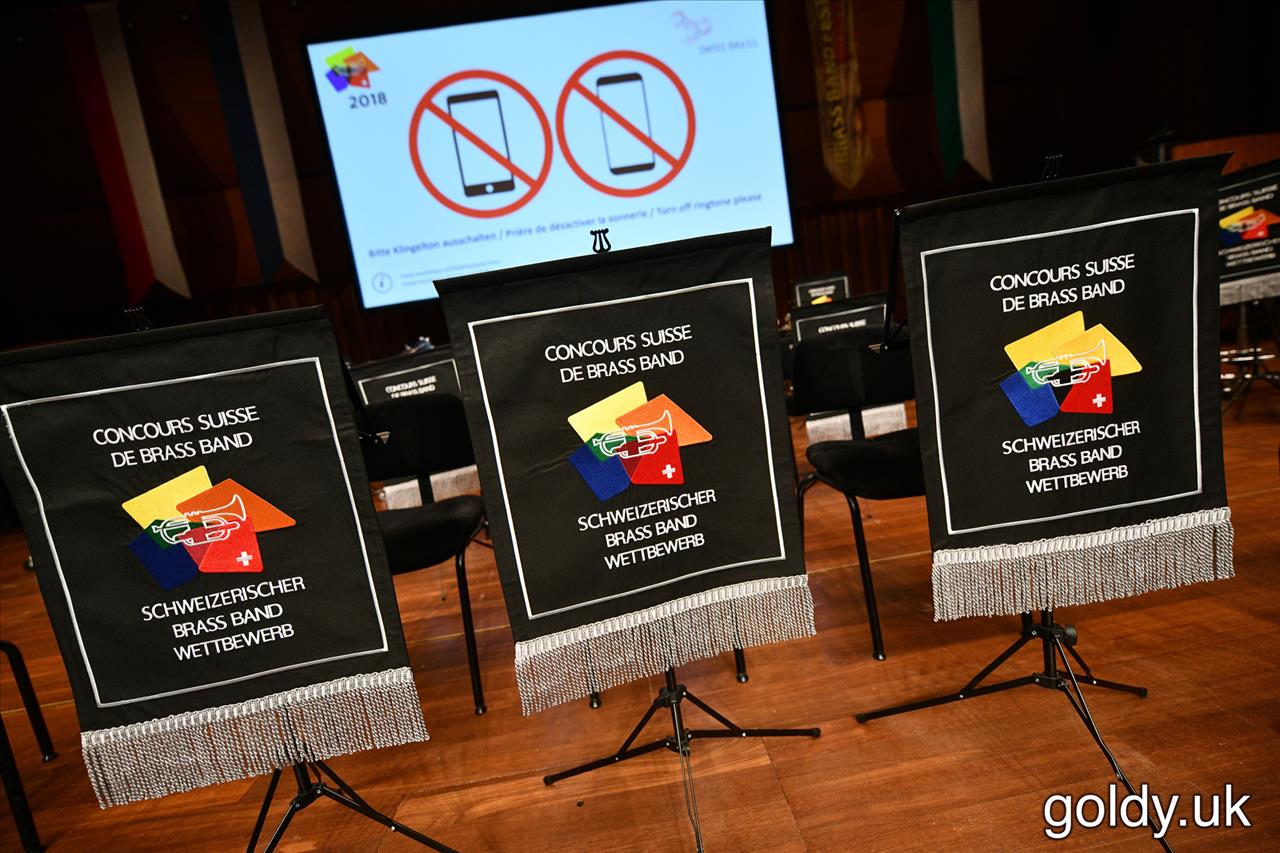 As a conductor, I am always concerned with ensuring that the playing-field is as level as possible. Using open adjudication with bands whose reputation precedes them makes this much less likely.

My preference is to be judged by top-level practitioners, but as far removed from me and my band as possible.

The European has had some fabulous judging panels recently; in fact, last year’s panel was one of the best I have ever seen. However, it is incumbent on contest promoters not to allow conflicts of interest when inviting judges – even more so on own-choice day, where a judge is more likely to guess which band they are judging.

4BR calls it “the usual piece of crackpot psychological mumbo-jumbo” but unfortunately human nature is human nature. Only a robot would not be influenced on any level.

If a judge is unavoidably in some way connected (positively or negatively) with any band, the last thing that judge wants is to know beyond doubt when this band comes onto the stage, which they only would in an open adjudication situation.

I wouldn’t wish that level of distraction on anyone, especially someone with such an already intense job to do.

4BR calls it “the usual piece of crackpot psychological mumbo-jumbo” but unfortunately human nature is human nature. Only a robot would not be influenced on any level.

And even if the highest level of integrity and impartiality is maintained by a human, it’s the perception of fairness which remains of utmost importance. 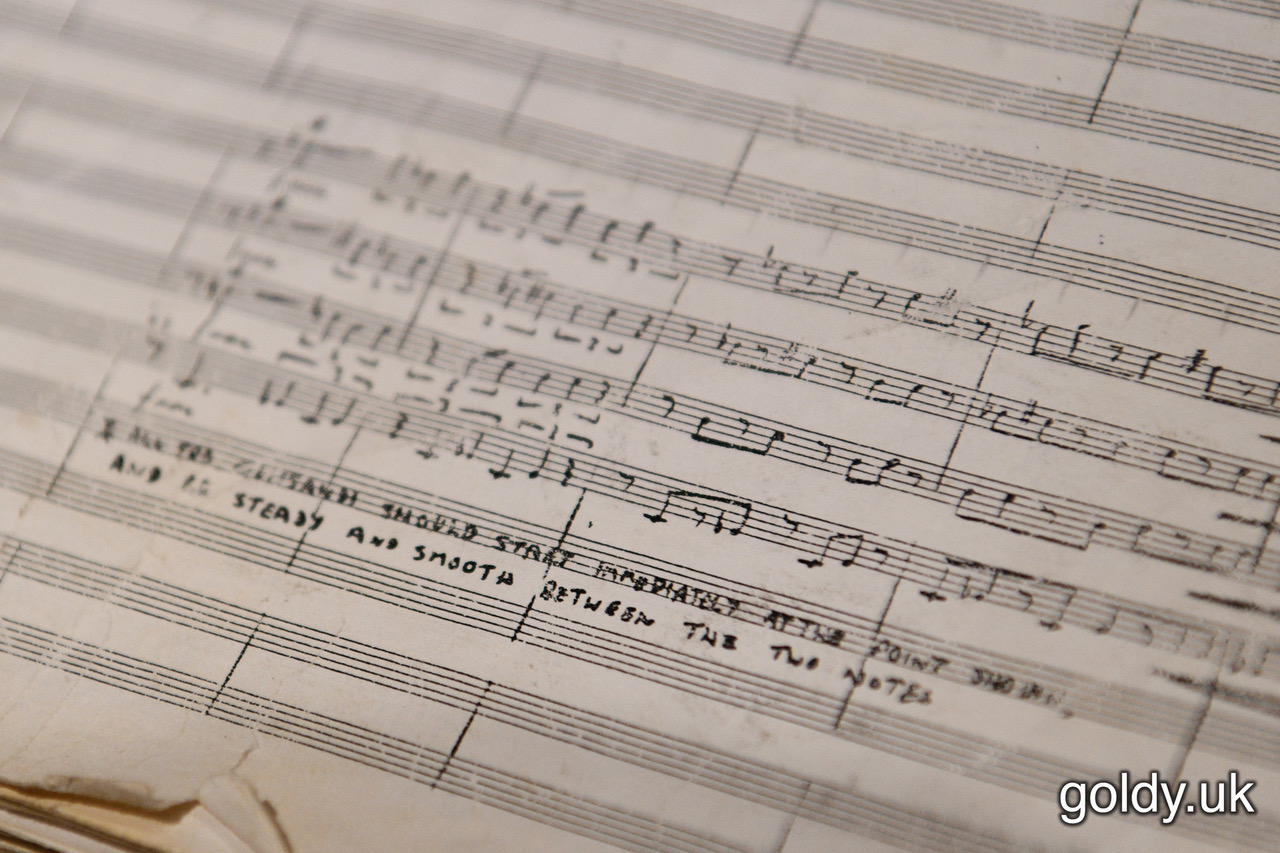 Concentrating on the score and nothing else...

I was interested to read an article written by The Times Music Correspondent Richard Morrison in the BBC Music Magazine last month.

The son of brass band conductor Don Morrison, he had early-years experience of contesting, which he calls “one of the most terrifying rituals in the artistic firmament.”

He goes on to mention closed adjudication, commenting: “When I started reporting on the wider world of music, I realised that this eminently fair way of evaluating performances was very much the exception.”

Other prestigious music competitions (such as the Cardiff Singer of the World) use open adjudication, but I think it is safe to say that accusations of nepotism, politics and tactical judging are never far from people’s lips – something which should be considered impossible in a well-controlled closed adjudication environment.

So be careful what you wish for!

Other prestigious music competitions (such as the Cardiff Singer of the World) use open adjudication, but I think it is safe to say that accusations of nepotism, politics and tactical judging are never far from people’s lips

Finally, the most attractive proposition I have heard recently regarding the Euros own-choice contest was from Frode Rydland, who is part of EBBA’s music panel: Allow bands to tie with each other.

When the standard of performance is so consistently high, it is nonsense for bands to have to be nine or 10 points apart from each other just because there are no ties allowed.

In the event of equal points after both days, the position on the set-piece (where no ties would be allowed) takes precedence, like it currently does.

This, in my opinion, would enhance own-choice day much more than adding further distraction to the judges by taking away the box, which acts as their protection from the distractions and suspicions of the outside world.

The Usual Suspects: Time to end the own-choice pretence at the Europeans? https://www.4barsrest.com/articles/2019/1791.asp