A remarkable personal collection of brass banding history shines a spotlight on an era when even the greatest stars connected directly to their fans... 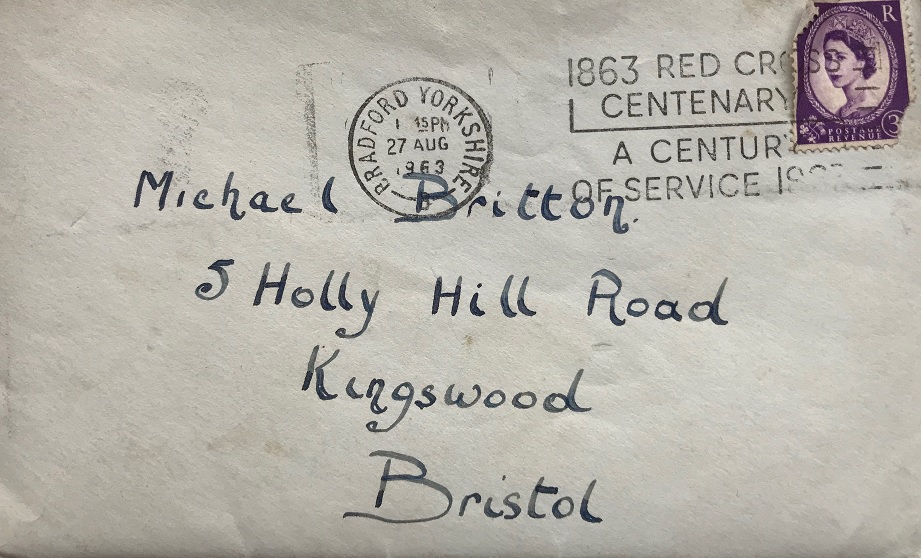 A priceless thrupenny reply from a certain band near Bradford...

There was a time when our heroes were just like us; flesh and blood stars we hoped to one day emulate because they connected to our desire to be just like them.

It was an age when Tom Finney was a plumber and Denis Compton slicked back his hair with Brylcream. They were the football icons who never feigned an injury, and the cream flannelled cricketers who sank revitalising post-match pints of beer instead of energy drinks.

It was also a time when brilliant bandsmen worked in the mills at Black Dyke or the production lines of Fairey Engineering, and when 13 year old schoolboys could write to them in the expectation that they might get a handwritten reply or even a photo or two posted back in return.

One such lad was Michael Britton.

A young cornet player from Kingswood in Bristol, he was a brass band hero worshipper.

“I first started playing in 1960 with Potters Wood Band in Bristol and attended my first major contest at the Albert Hall in 1962 when CWS Manchester won on the ‘Force of Destiny’,” he recalls.

“I still have vague memories of that day even though it was over 55 years ago.

A very frail Alex Mortimer was almost carried on and off the stage and sat on a high stool to conduct. I remember the hall being packed to the rafters – and the audience on its feet clapping about eight bars from the end.

I was lucky enough to have tickets for the evening concert and was privileged to hear the late Brian Evans turn in a soprano masterclass that inspired me to ask my bandmaster if I could switch from Bb cornet to soprano the following week.”

I was lucky enough to have tickets for the evening concert and was privileged to hear the late Brian Evans turn in a soprano masterclass that inspired me to ask my bandmaster if I could switch from Bb cornet to soprano the following week.” 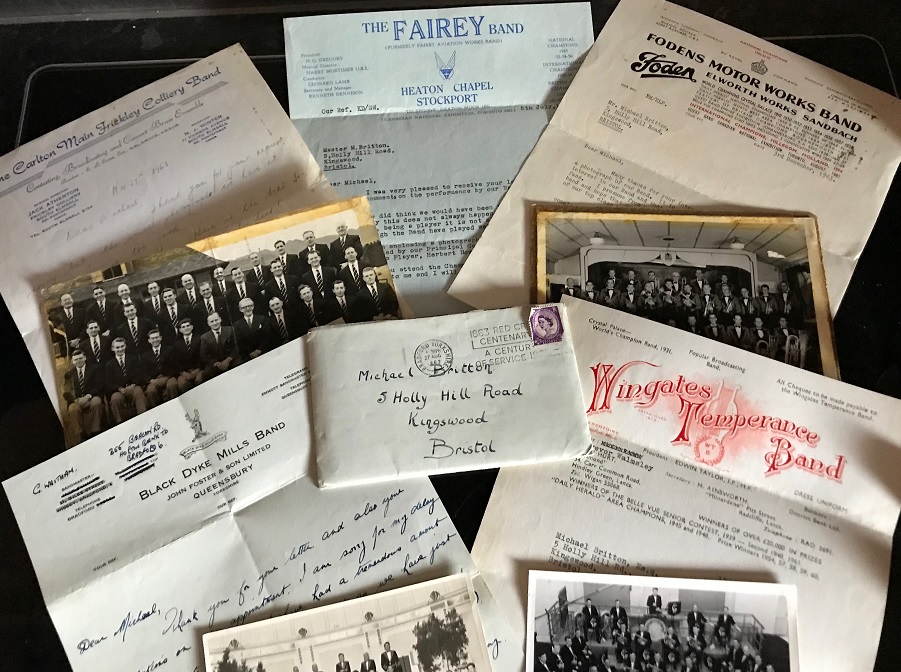 A passion was ignited – one that soon saw the early 1960’s teenager write letter upon letter to leading players and bands.

Now aged 68 and still a fan, his remarkable correspondence provides a rare snapshot of a time when our personal heroes were not detached from the reality of life through the prism of agents and twitter-feeds, ‘official’ merchandising and celebrity appearances in Hello magazine.

Michael added: “Whilst all my mates were supporting their favourite football teams I followed the best brass bands of the day. Black Dyke, Fairey, GUS and CWS Manchester were my favourites with their sop players my idols.

There was no social media, no 4barsrest or e-mail, so if you wanted to follow the top bands you bought ‘British Bandsman’ or ‘The Mouthpiece’ weekly papers.

I just wanted to find out more about my heroes so I went a stage further and decided to write and ask for photographs of various top bands picking out the best soprano players to seek advice on how I might improve my playing.

Heaven indeed when the legendary Geoffrey Whitham sent a handwritten letter from Black Dyke Mills Band thanking an impressionable teenager for his congratulations on his new appointment as bandmaster, but apologising for the lateness of his reply.

Enclosed in the small envelope with its ‘thrupenny bit’ postage stamp, came pictures of the band and an autograph of the soprano star Tommy Waterman. 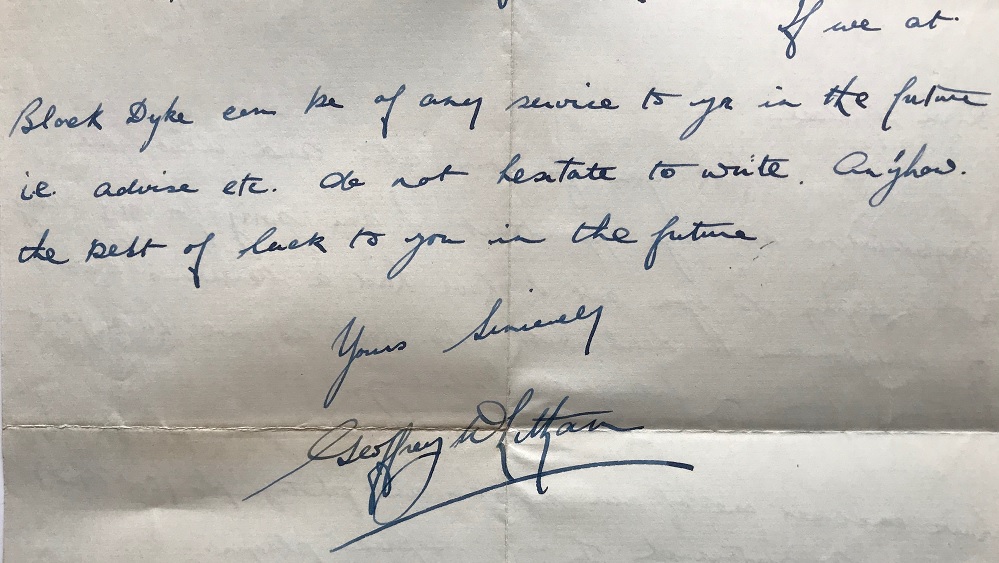 Meanwhile, Fairey’s Band Manager Kenneth Dennison wrote back on crisp RAF light-blue paper thanking Michael for his comments on their performance at the 1962 National Finals.

It was also accompanied by the prophetic words; “We did think we would have been in the prizes, but unfortunately this does not always happen.

You will no doubt realise that, being a player it is not always possible to win even though the band have played well.”

It was also accompanied by the prophetic words; “We did think we would have been in the prizes, but unfortunately this does not always happen.

It came with a photo of the band and the autographs of the principal cornet Norman Ashcroft and the soprano player Herbert Howarth. 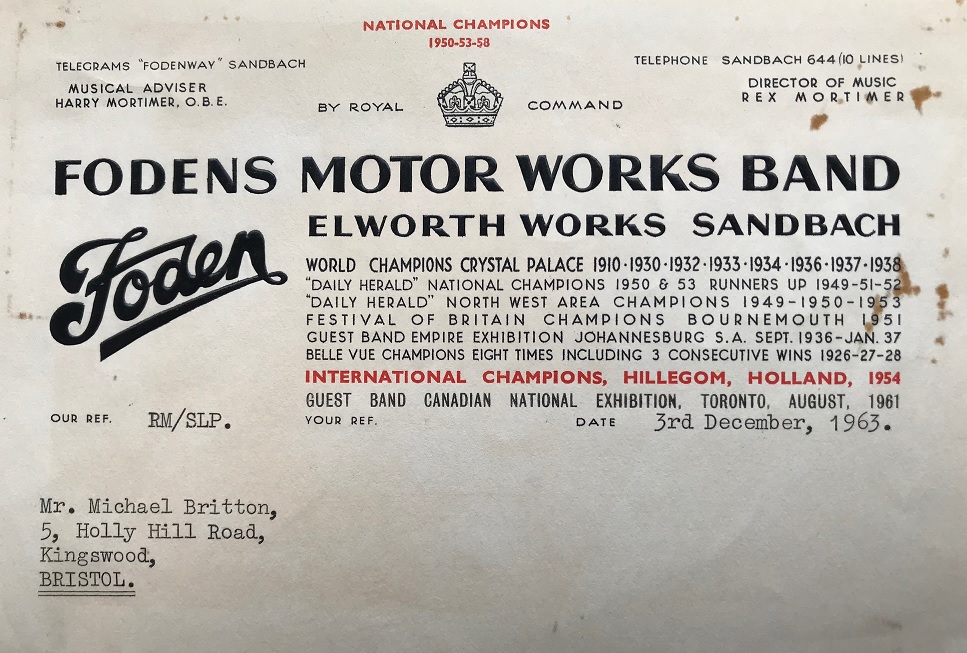 Foden's could be contacted by telegram or by Royal Command...

Foden’s ‘Director of Music’ Rex Mortimer responded on headed notepaper that still included the heading ‘By Royal Command’, referred to the band as ‘World Champions’ and gave the official telegram address for correspondence.

Mortimer added encouragingly: “I presume from your letter that you are in your local band and hope that one day you may be good enough to play in one of our top bands.”

Mortimer added encouragingly: “I presume from your letter that you are in your local band and hope that one day you may be good enough to play in one of our top bands.”

However, it was GUS (Footwear) as they were then known, who topped the lot; sending a band photograph signed by every player – from John Berryman to Maxell Thornton, as well as the legendary Stanley Boddington.

It must have been like receiving a personal e-mail from Jurgen Klopp at Liverpool or Pep Guardiola at Manchester City. 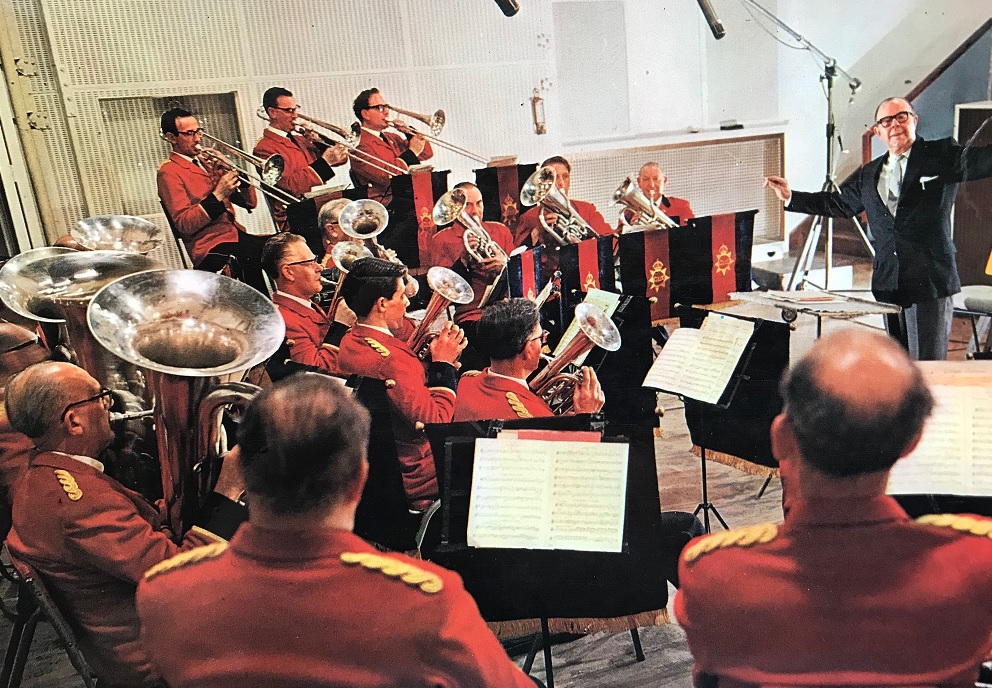 For the historians though, it is the bands that have long since ceased to exist that hold a particular fascination.

Crossley’s Carpet Works Band from Halifax sent a letter alongside a picture taken in front of their latest products.

Thankfully it was in black and white, as the designs show in the reply to Michael dated 22nd February 1965 (the day the 4BR editor came into this world) were a type of Jackson Pollack inspired psychedelia that would have sent you eyes spinning.

Something’s never change though -  and like far too many of today’s top section bands, the honorary secretary Mr H Dobson apologised by saying that since the picture had been taken, there had been “about four changes in personnel”.

Something’s never change though -  and like far too many of today’s top section bands, the honorary secretary Mr H Dobson apologised by saying that since the picture had been taken, there had been “about four changes in personnel”.

Then there was the now long forgotten John Dickinson Band from Aspley Mills in Hemel Hempstead with a young Geoffrey Brand as Musical Director, and the 1964 Grand Shield champion West Bromwich Borough Band complete with Band Marching Major with mace. 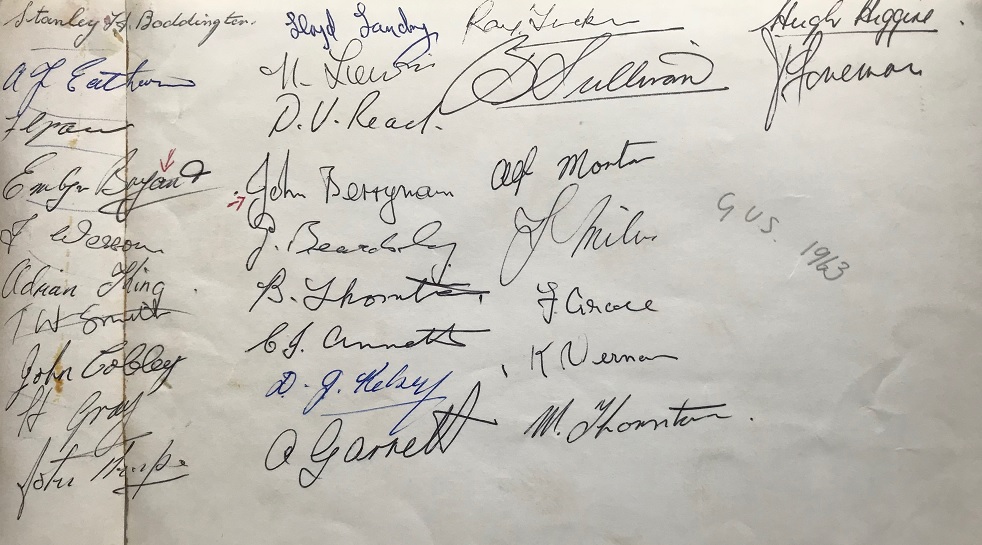 Heroes one and all: GUS (Footwear) replied with all the autographs of the band

In contrast, Creswell Colliery’s picture looks as if it was sepia tinted, Langley’s secretary apologised for sending a picture that was “about 13 years out of date”, and Grimethorpe sent one that made them look as if they were auditioning for parts in the first ‘Reservoir Dogs’ movie.

Meanwhile, Carlton Main’s line-up included a youthful David Read in its ranks, and what looked suspiciously like a shrunken head on top or a cornet case, whilst Wingates Temperance replied on headed notepaper that proudly boasted that they were “Winners of over £20,000 in prizes.”

I received some priceless tips on how to improve my playing and have kept their correspondence to this day.

Even today, the sheer thrill of receiving those replies has never left Michael: “I’m forever grateful and humbled that such eminent bands and players of their time should take time out to offer encouragement and advice to someone such as myself.

I received some priceless tips on how to improve my playing and have kept their correspondence to this day.”

So did the young man emulate his great heroes?

“In 1965 I was very fortunate to spend a short but unsuccessful time at Black Dyke Mills. However, filling the shoes of such a magnificent player as Tom Waterman was sadly beyond a youngster such as myself - but at least I had enjoyed a little taste of it.”

Instead, Michael returned to his old band in Bristol and in later years became a founding member of the Stanshawe Band prior to joining the RAF. A posting to South Wales saw him play for the likes of British Steel (Port Talbot), Mid Rhondda and Cory before returning to Bristol where he still plays today.

And even though if taken onto the BBCs Antiques Roadshow, the correspondence would be looked at with interest and valued at a few quid at best, when speaking to Michael about those youthful ambitions and the letters he received all those years ago, he becomes that starry-eyed 13 year old once again.

And that is what actually makes them priceless.