4BR Editor Iwan Fox looks at a work of youthful personal reflections that will need careful consideration by the bands in the Third Section if they are to lift the National title. 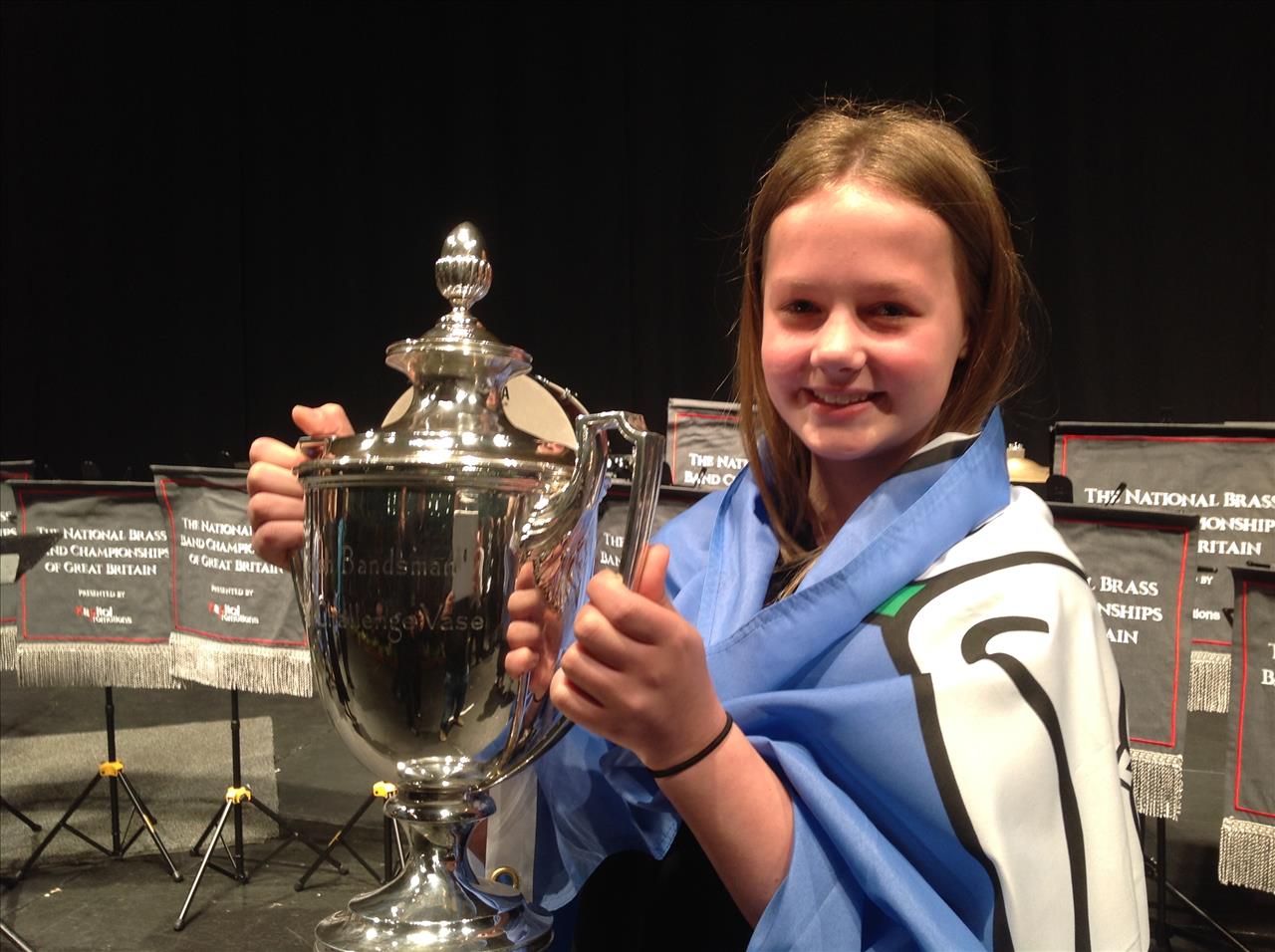 Can Yorkshire make it three wins in a row this year?

A mature work from what was then an aspiring young Cornish composer will present an engaging challenge for the bands in the Third Section on Sunday morning.

Gareth Churcher’s ‘Episodes for Brass’ was written when he was 22, and reflects on what he describes were ‘various important episodes in my life’ - marriage, death of a close friend and the celebration of a particular central family tie.

As has been shown with later works for the medium (notably ‘Ad Undas’ - ‘To the Waves’ which was used at Butlins in 2013) his writing is bold, descriptive and accessible.

'Episodes' was first heard on a contest stage at the Third Section Pontins Championship in 2006, and whilst it is sprinkled with youthful compositional enthusiasms it also reveals a considered structure and an intuitive feel for balance and colour.

The opening movement ‘Fanfare and Bells of Celebration’ recalls his wedding day; and is based on a small processional theme he wrote for his wife to walk down the aisle to (which still must have been pretty long).   It’s music that evokes long white dresses, radiant smiles and a sense of proud expectation.

The composer asks for it to be played in a majestic manner; with the opening fanfares making way for a lyrical, almost imperial melody (with a hint of Walton – William not John Boy) that carries things along.

It’s neatly structured in a familiar way, with the cascading bells welcoming the newlyweds as they just stop outside the church door (a tricky bit of slowing down) for the photo-op and confetti shower.

The composer asks for it to be played in a majestic manner; with the opening fanfares making way for a lyrical, almost imperial melody (with a hint of Walton – William not John Boy) that carries things along.

The central section is a reflection on a life lost.

‘Solenne’ (in memory of Shaun Thomas) is a touching eulogy to a close friend and respected euphonium player who died in 2005.

Those memories are tender and serene - led understandably with understated lyricism by the euphonium. However, the music does not languish in sentimentality, but flows with purpose and contained emotion; the solemnity never lost despite the obvious emotive tension.

The ‘Finale’ is a depiction of the paternal anchor point of the Churcher family - his grandfather.  Where others scurried and flustered, it seems he provided a stanchion on which family stability was secured.

Once again the clever writing brings character to the fore; the marking of Allegro vivo e marcato at a brisk lick of 156 evokes bubbling family anxieties that fly around excitedly, whilst at its core stands the sentinel of calm and wisdom – heard as a constant pedal note.  He sounds like a bloke you wouldn’t mind having a pint with.

And whilst the music has the ability to fly off in rather uncontrolled directions if the MDs are not careful (a bit like family arguments) a strong arm on the dynamic and tempo leash will give the music a sense of purpose as well as excitement all the way to the close.

Once again the clever writing brings character to the fore; the marking of Allegro vivo e marcato at a brisk lick of 156 evokes bubbling family anxieties that fly around excitedly, whilst at its core stands the sentinel of calm and wisdom – heard as a constant pedal note.  He sounds like a bloke you wouldn’t mind having a pint with.

The judges, John Doyle, Sheona Wade and Roger Webster should be in for a very enjoyable task picking out a winner here.

Yorkshire will be looking to make it three wins in a row this year following the triumphs of Crofton Silver and BD1, with hopes resting on Area champion Barnsley Brass and qualifiers Dronfield Genquip - both led by experienced MDs in William Rushworth and Damien Wileman. 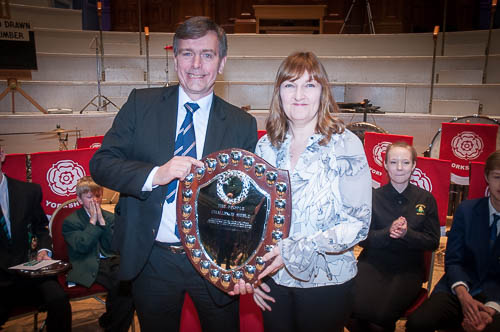 Barnsley has been developing solidly under the renowned horn star’s direction and could be a dark horse, whilst Dronfield is a busy, consistent contesting outfit with the ability to spring a surprise or two.

The North West kick-started the Regionals this year and produced a brace of high quality qualifiers in champion Eccleston Brass and Allerton Brass.

If Eccleston has managed to build on that excellent early season form (they also won at Brass at the Guild Hall) then they could be in with a very good shout of a podium finish or better, whilst Allerton continues to impress on what has already been a remarkable contest journey (six contests entered - five top-six finishes claimed)

A trio of well directed bands made their way through a keenly fought Midlands Area contest - led by champion Market Rasen and closely followed by Audley Brass and Cleobury Mortimer Concert Brass.

Each will travel confidently to Cheltenham, with David Dernley’s Market Rasen a consistent performer at this level, whilst Tom Hancock and Audley have been out and about testing their mettle on the summer march & hymn tune circuit.

Cleobury could be the interesting one to listen out for though with the experienced David Maplestone at the helm. He’s a conductor who can sprinkle a bit of contesting magic on any performance.

Cleobury could be the interesting one to listen out for though with the experienced David Maplestone at the helm. He’s a conductor who can sprinkle a bit of contesting magic on any performance.

Scottish hopes rest with the all conquering Newmains & District (who will be looking to make it back-to-back Cheltenham wins after lifting the Fourth Section title last year) and fellow qualifiers, Selkirk Silver.

Mike Marzella has a fine mix of youth and experience to call on as they look to add yet more silverware to their trophy cabinet, whilst the indefatigable Stuart Black has done a super job developing Selkirk into a consistent contesting outfit, as they return here for the second time in three years. 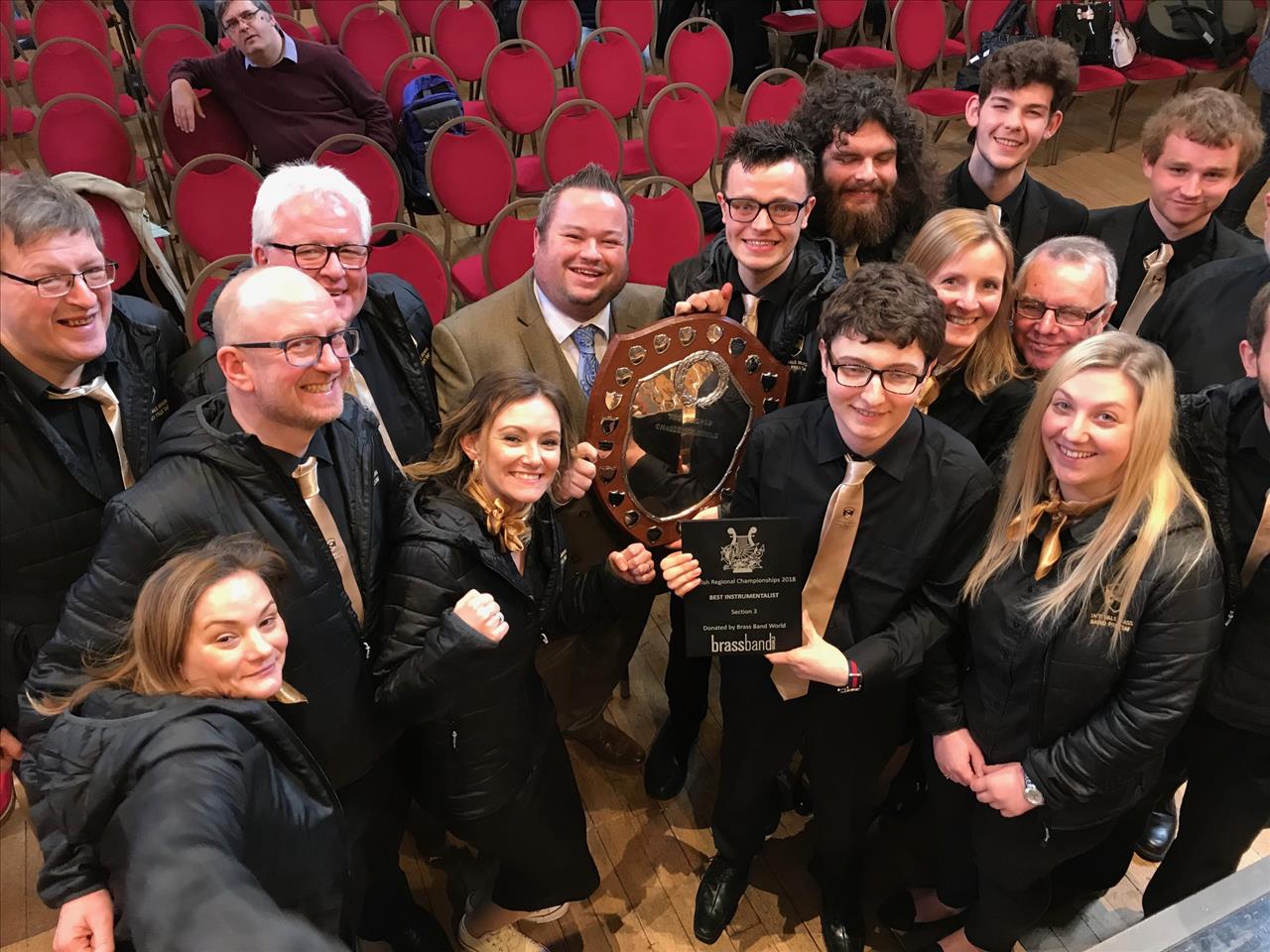 Taff Vale is yet to be beaten in a contest

Wales and West of England

Under Gareth Ritter (who knows a thing or three on how to win a title in Cheltenham) Taff Vale has a remarkable record of success - winning all three contests it has entered so far in its short history, whilst Usk has continued on its solid development under the baton of Jamie Jones – whose dad led the band to that National success in 2015.

Hatherleigh was excellent value for their Torquay victory under Matt Green and could be a real contender for honours, whilst Weymouth certainly upset the form book (and off the number 1 draw) to qualify under Adam Glynn (they had come 15th and 17th in the two previous years) and will be looking to do the same again here.

It’s also great to see Bugle Silver back at the Finals for the first time since 2009 – a huge achievement for the fantastic work led by conductor Steve Osbourne. 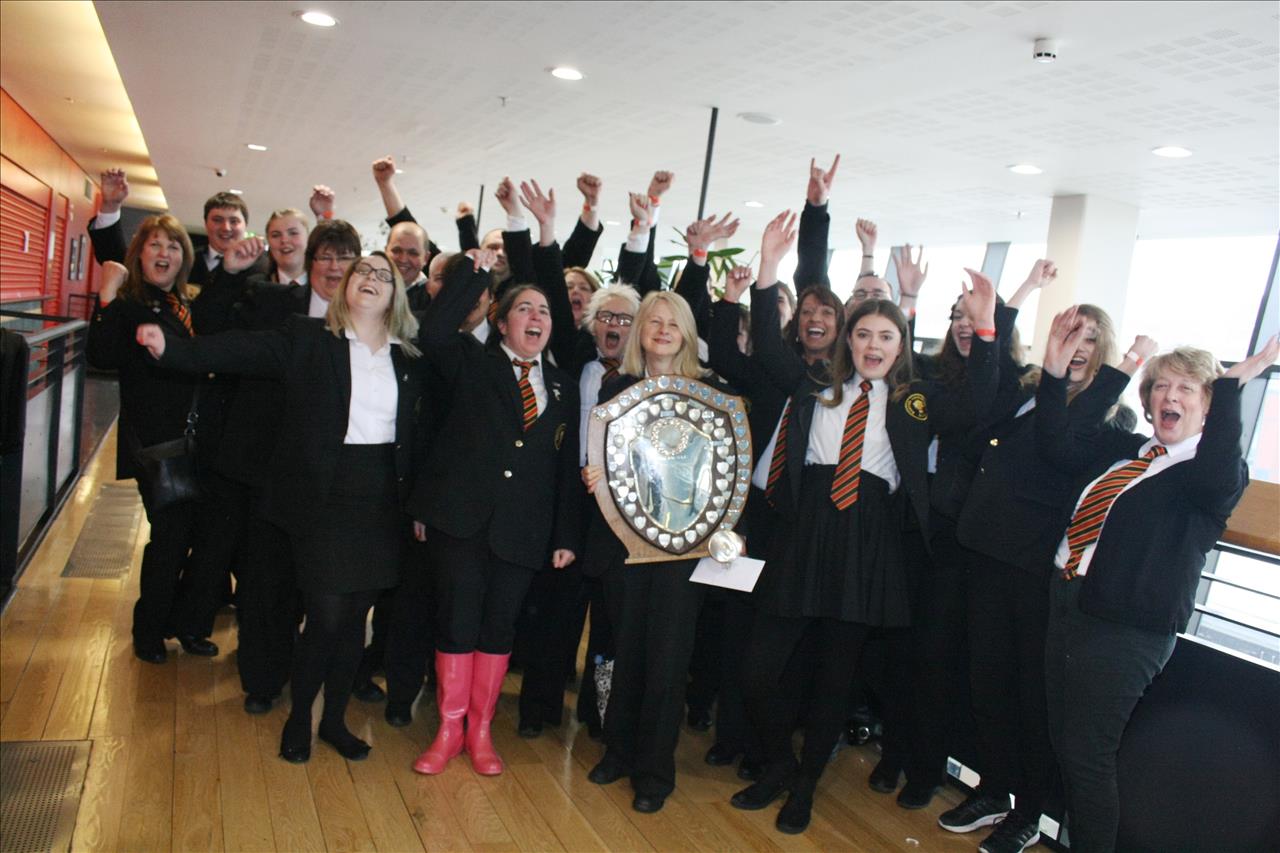 Back again: Barton succesfuly defended its North of England title

Another pair of contenders to watch out will be the London & Southern Counties pairing of City of Norwich under the experienced Mark Ager (who came runner-up in the Fourth Section Final last year) and the improving Chichester City led by Rom Stanko, who make their first Finals appearance since 2002.

Norwich is certainly a band more than capable to making a mark on any contest stage, whilst Chichester could be worth an each-way bet.

That just leaves the North East contenders of double Area champion Barton Community led by Garry Oglesby, who come back to Cheltenham for the second successive year, and Knaresborough Silver conducted by Nicholas Garrett, who returns for the first time since 2016.

Both are capable bands in the hands of very capable conductors - and may be worth a bob or two for a potential top-six finish.

Another desperately hard one to call before a note has been blown, but a few of the challengers seem to have already made their mark on more than one contest stage this year.

Chief amongst them are the likes of Taff Vale Brass, Eccleston, Hatherleigh, Market Rasen and City of Norwich, whilst Barnsley Brass and our dark horses of Newmains & District and Cleobury Mortimer could wellbe there or thereabouts.