An early barometer test at Warwicks Arts Centre shows signs of encouragement for the incoming CEO of Brass Bands England... 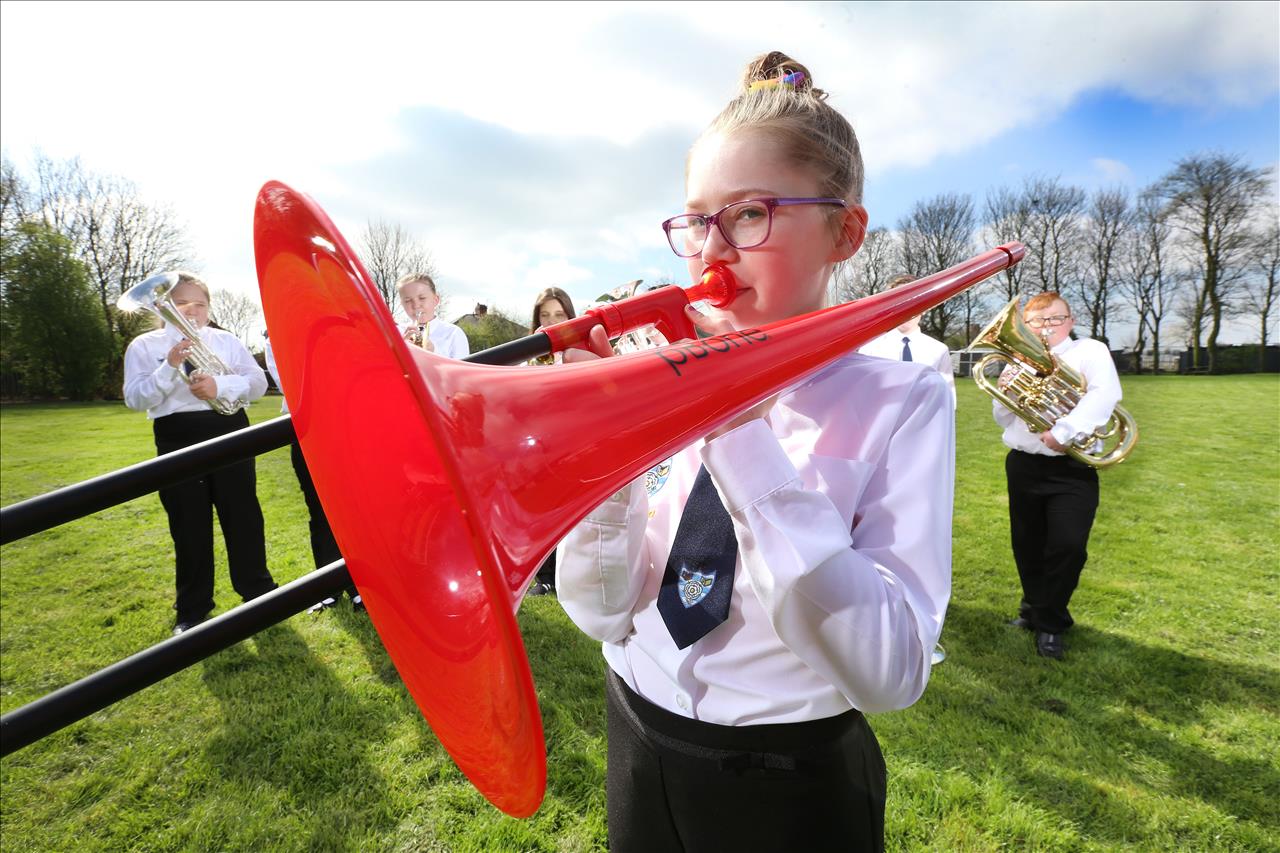 Making sure we are seen and heard: Birkwood Brass will compete in the Beginners Section
Copyright (Lorne Campbell)

The incoming CEO of Brass Bands England will enjoy one of the more relaxing days of his early tenure of office on Sunday at the National Youth Championships of Great Britain.

As Kenny Crookston sits back to listen to the vibrant competition that will take place at Warwicks Arts Centre he could well be forgiven for thinking that if all things BBE are involved in over the next four years are as successful as this event then he could well be in line for a hike in his hefty £50,000 a year salary the next time Arts Council England opens its grants purse.

He is not that naive.

This splendid championship falls outside the criteria of direct ACE funding - although it still acts as a pertinent barometer in reflecting the health and relevance of the organisation’s wider aims and ambitions in terms of participation and inclusiveness.

And getting this high profile contest day right in the eyes of those that currently take part, and for those who wish to take part in future (potentially as newly signed up BBE members) will also be a very public indicator of the future success or failure of an organisation that has undergone a lengthy, and at times, troublesome period of restructuring.

This splendid championship falls outside the criteria of direct ACE funding - although it still acts as a pertinent barometer in reflecting the health and relevance of the organisation’s wider aims and ambitions in terms of participation and inclusiveness.

Kenny Crookston will know that both he and BBE will be coming under a great deal of close scrutiny in the coming months.

He may be relieved that for a few days at least (he officially takes up his post on 14th May) those searching questions can wait just a little longer to be answered...

To be fair to BBE over the last few weeks, the appointment of a new CEO and some other pressing issues has taken up a great deal of their focus - so they can be forgiven for the somewhat low-key media promotion of this year’s event.

Hard work has been going on - and it’s a credit to the staff such as the recently departed interim BBE CEO Andrew Coe and the newly appointed Relationship & Partnership Manager Alex Parker that 36 bands (up six from 2017) will perform in the four sections.

This weekend sees bands from south and north Wales, Wiltshire, Buckinghamshire, Gloucestershire and Devon, as well as the traditional cross-Pennine hot-spots; progressive signs of a wider geographical net being successfully cast.

Undeniably, the move to a more central location in the Midlands has meant BBE has been able to attract competitors away from the rather north-west centric hub that has formed the contest’s backbone in recent years.

This weekend sees bands from south and north Wales, Wiltshire, Buckinghamshire, Gloucestershire and Devon, as well as the traditional cross-Pennine hot-spots; progressive signs of a wider geographical net being successfully cast.

No Scottish bands yet - but perhaps the new CEO (a proud Scot himself) may be able to persuade a few raiding parties from north of Hadrian’s Wall in time for 2019. 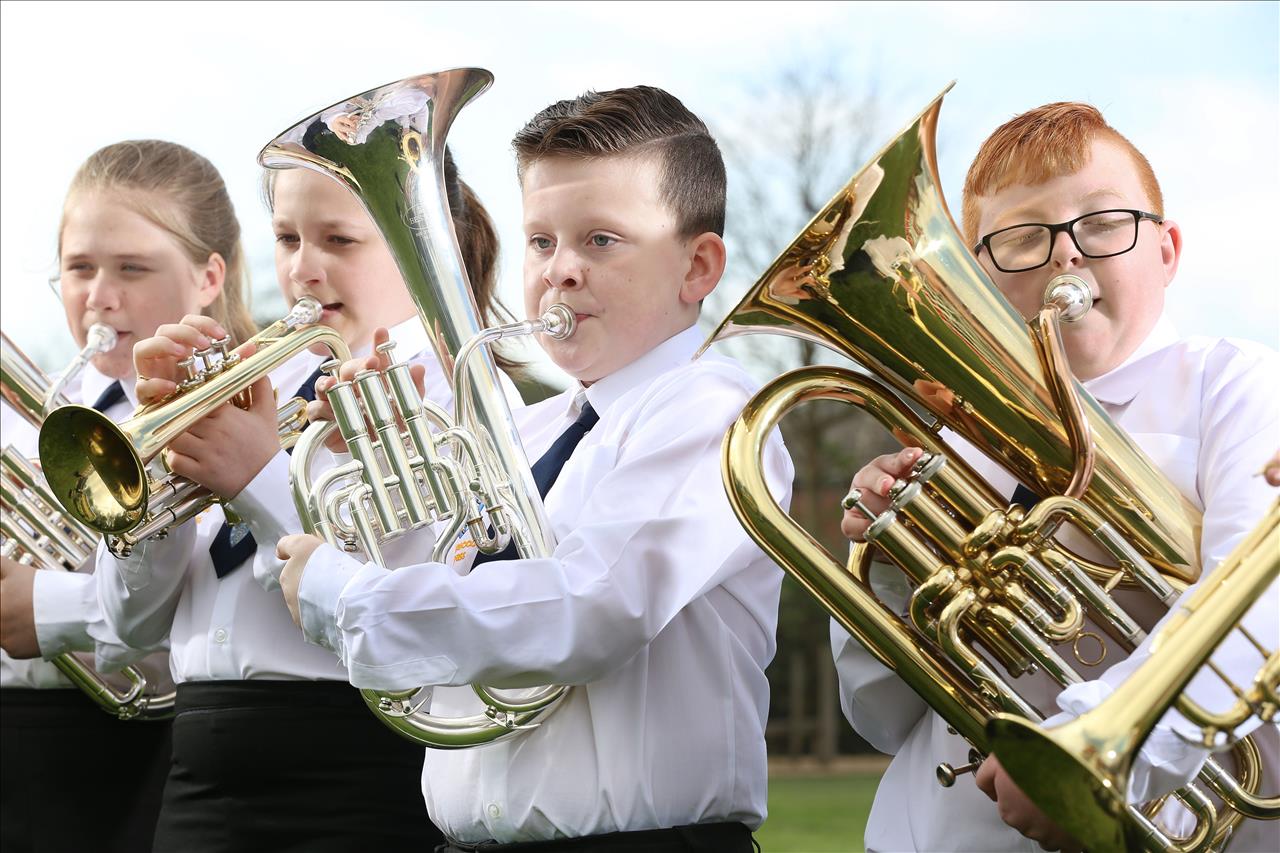 An encouraging foundation has been put in place then (the venue is excellent and there is a buzz of enthusiasm about things) - but it is one that must be built on with increased media exposure (social as well as general) through inventive partnerships and creative thinking links.

Youngsters feed off their phones for information and entertainment. They are inspired by people they recognise and relate to, so hopefully, the penny has dropped for BBE (and they do have over 20,000,000 of them to spend each year now).

These championships have the potential to become much, much more than a mere contest.

Getting a fixed date for the event may also be on the new CEO’s agenda - as the moveable liturgical calendar still causes educational headaches for youth band organisations, whilst there is surely a need to try and sort out the raison-d’être behind the annual invitations to compete at the European Youth Championships.

With parents, bands and schools under ever increasing financial pressures (and with BBE unable to fund competition participation) the bands winning the Championship and Intermediate Sections on Sunday may be asking BBE to help them find successful ‘grant’ applications of their own to get them to Montreux in 2019.

With parents, bands and schools under ever increasing financial pressures (and with BBE unable to fund competition participation) the bands winning the Championship and Intermediate Sections on Sunday may be asking BBE to help them find successful ‘grant’ applications of their own to get them to Montreux in 2019.

4BR has also been informed of other concerns from competing bands - such as the rather curious timings of the sections this year, which sees the Beginners Section start at 4.15pm on Sunday afternoon. Some parents may have a bit of trouble getting some tired players out of bed for school on Monday morning.

That though will surely be a price worth paying for the sheer enjoyment they should all have had in competing for the four titles that are up for grabs... 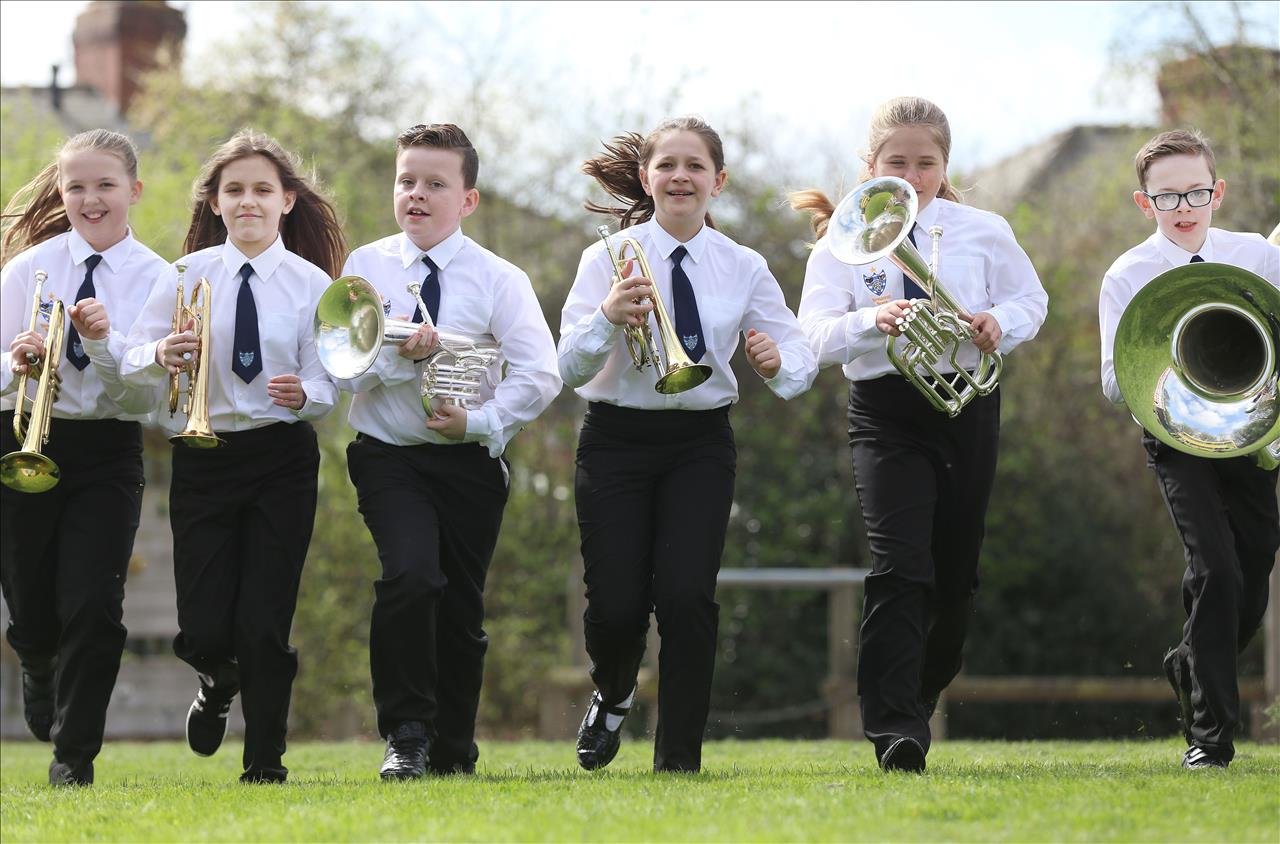 Getting them out of bed on Monday morning after a great day in Warwick may be a price worth paying
(Copyright: Lorne Campbell)

As for the contests themselves?

The music panel of Mark Bousie, Philip Harper, Ian Porthouse and Lucy Pankhurst have come up with some stern, but highly enjoyable tests from the pen of the late and great Gordon Langford to test the bands.

The Intermediate Section gets underway at 9.30am in the Butterworth Hall followed by the Championship Section at around 6.30pm.

Meanwhile, in the Goose Nest, there is a slightly later start for the Junior Section at 11.15am with the Beginners commencing around 4.15pm.

Junior Section:
The Goose Nest
Commence: 11.15am
Adjudicators: Martin Heartfield and Ben Richeton
Own-choice programme not exceeding 15 minutes playing time which must include at least one original piece of music composed for brass band and two verses of a hymn tune from the Red Hymn Book