EEb tuba player, conductor and 2017 BrassFest UK organiser Rob Tompkins gives his personal view on the banding world and whether Eikanger can still carry all before them in 2018? 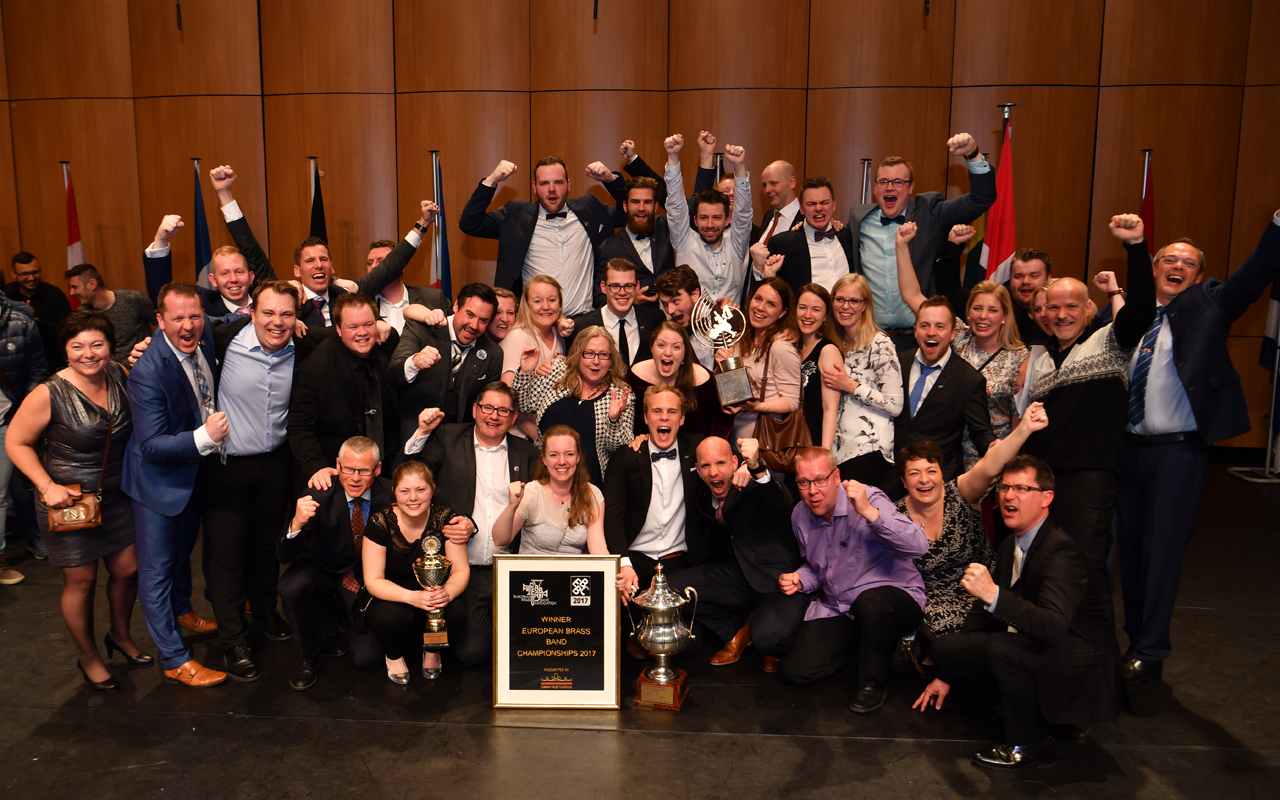 Has the time come that we need to travel overseas in 2018 if we want to listen to the best brass band in the world?

With Eikanger Bjorsvik winning the Norwegian, European, Siddis and Brass in Concert titles in 2017 it would seem so, as at present they can justifiably lay claim to being the finest band on the planet.

However, time can pass rather quickly in a single contesting season - and it’s easy to forget that up until the European Championships in Ostende, Cory was also in unbeatable form. They remain the number 1 ranked band in the world despite losing their grip on the major titles after a year just about any other rival would have been pretty pleased about.

Thoughts of a prolonged period of Eikanger hegemony may just have to be tempered with just a pinch of caution then, especially as one look at the current 4BR world rankings finds a marked resurgence in some notable rivals on both sides of the North Sea.

What odds could you get on Brighouse & Rastrick, Tredegar, Whitburn, Foden’s, Valaisia, Willebroek or Paris all ending 2018 with major silverware to their name?

Or what of Black Dyke, Grimethorpe, Fairey, Stavanger, Treize Etoiles or Manger come to that?

How quickly will we have to revise our opinions if they all start performing to their obvious potential? 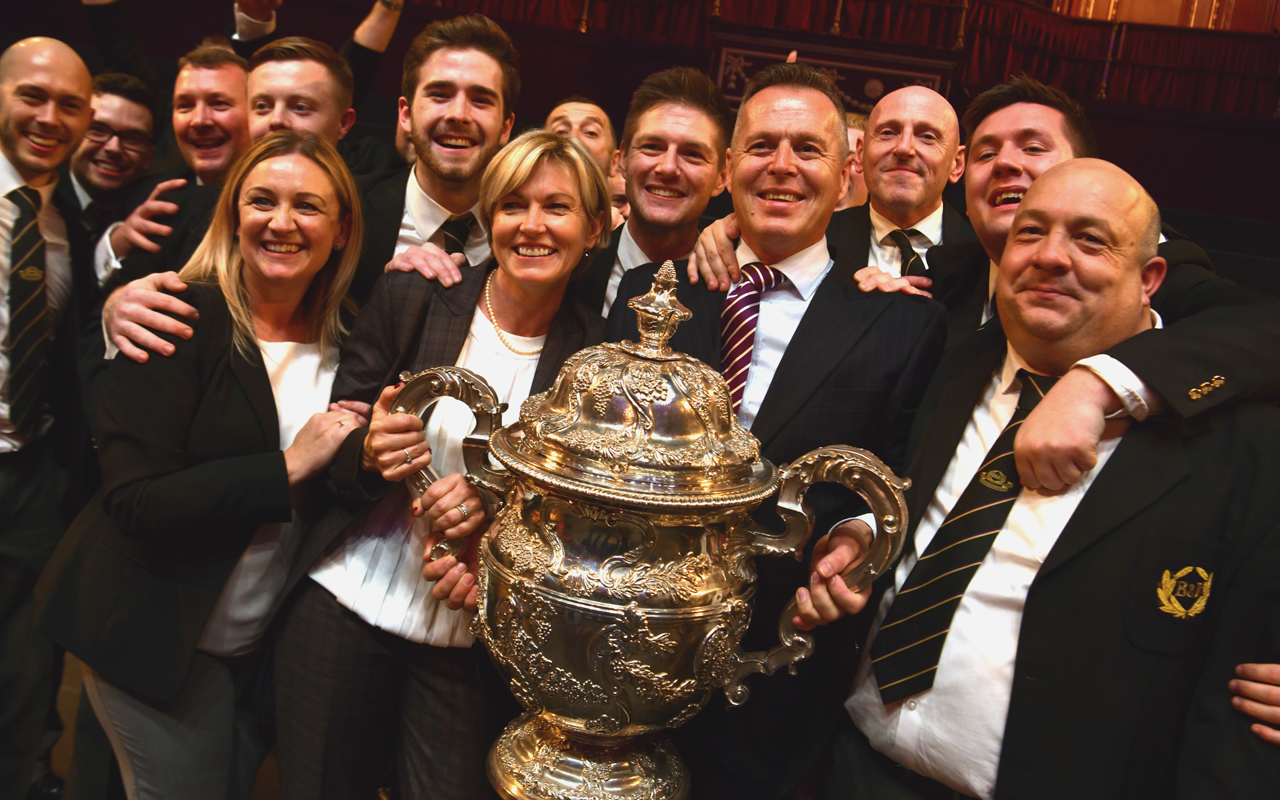 Will 2018 be the year for a resurgent Brighouse?

It will be fascinating to see how things pan out in 2018 for people such as myself - brass band fans with a passion and commitment to our hobby (and it is surely more than that for so many) who enjoy not only playing, but getting out and listening to banding at all levels - from the elite like Eikanger to fledgling youth bands.

There is such an exciting year ahead with UK/European banding more integrated than ever before, and with the likes of Fountain City and Atlantic Brass in the USA, Brisbane XLCR and Wellington in the southern hemisphere showing that regular contesting contact continues to be hugely beneficial.

My hope is that more people take the opportunity to form an opinion about what is best in banding at all levels by experiencing contest weekends at the likes of the Norwegian or French Nationals or the European Championships in Utrecht early next year.

If we are to help nurture a new generation of players in the UK who can go on to become world leaders in our bands in the years to come, then why not find out how the current cream of the crop go about their business in other parts of the world?

If we are to help nurture a new generation of players in the UK who can go on to become world leaders in our bands in the years to come, then why not find out how the current cream of the crop go about their business in other parts of the world?

It could well provide an inspirational insight into the type of slickly run, enthusiastic brass banding that can be imported back to get our youngsters more involved. In turn it may also encourage those that do play to give up time to help youth, training, learner and community bands to blossom and keep brass banding at the musical core of our own local communities.

So why not even book a cheap flight now and take a trip to Montreux in November to experience how the Swiss or even the Italians go about things?

No better place to start

Surely there is no better a place to start than in Bergen in February where the hard-nosed contest business for Eikanger will be played out in one of the most vibrant atmospheres in world banding.

There they will defend their National title. If they win, it will mark two years of unbeaten contesting: It would be 7 entered, 7 won.  And it could well become more by the end of the year.

Eikanger may be the reigning champion at the Grieghallen, but both Manger and Stavanger have been nipping at the heels of late: So if not them, where will their challengers come from in 2018?

Eikanger may be the reigning champion at the Grieghallen, but both Manger and Stavanger have been nipping at the heels of late: So if not them, where will their challengers come from in 2018? 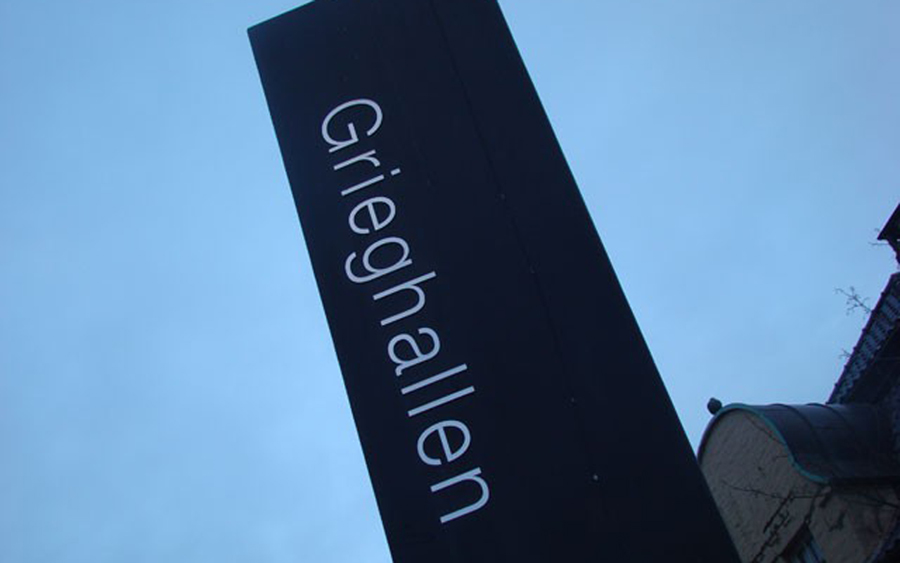 Not a bad place to start...

Keep an eye on

Butlins followed by the Areas will give a potential indicator for later in the year in the UK, whilst the French and the North American Championships will also be ones to keep an eye on.  Paris will need to be on fine form if they are to dislodge Hauts-de-France in Nantes, whilst there should also be a cracking face-off between Fountain City and current National and US Open champion Atlantic Brass in Fort Wayne in April.

Closer to home, the usual suspects should emerge once more, but you never know, with the Yorkshire Area in particular promising to be an event not to miss and the potential for a few other Area upsets on the cards.

For instance, can Black Dyke and Grimethorpe both qualify for the Albert Hall this year? Will anyone challenge Cory and Tredegar in Wales, Whitburn and Co-operative Funeralcare in Scotland, or Foden’s and Fairey in the North West?

For instance, can Black Dyke and Grimethorpe both qualify for the Albert Hall this year? Will anyone challenge Cory and Tredegar in Wales, Whitburn and Co-operative Funeralcare in Scotland, or Foden’s and Fairey in the North West?

Can Virtuosi GUS or Friary Guildford be beaten in the Midlands or London & Southern Counties, and what of the new orders in the West of England and the North East? 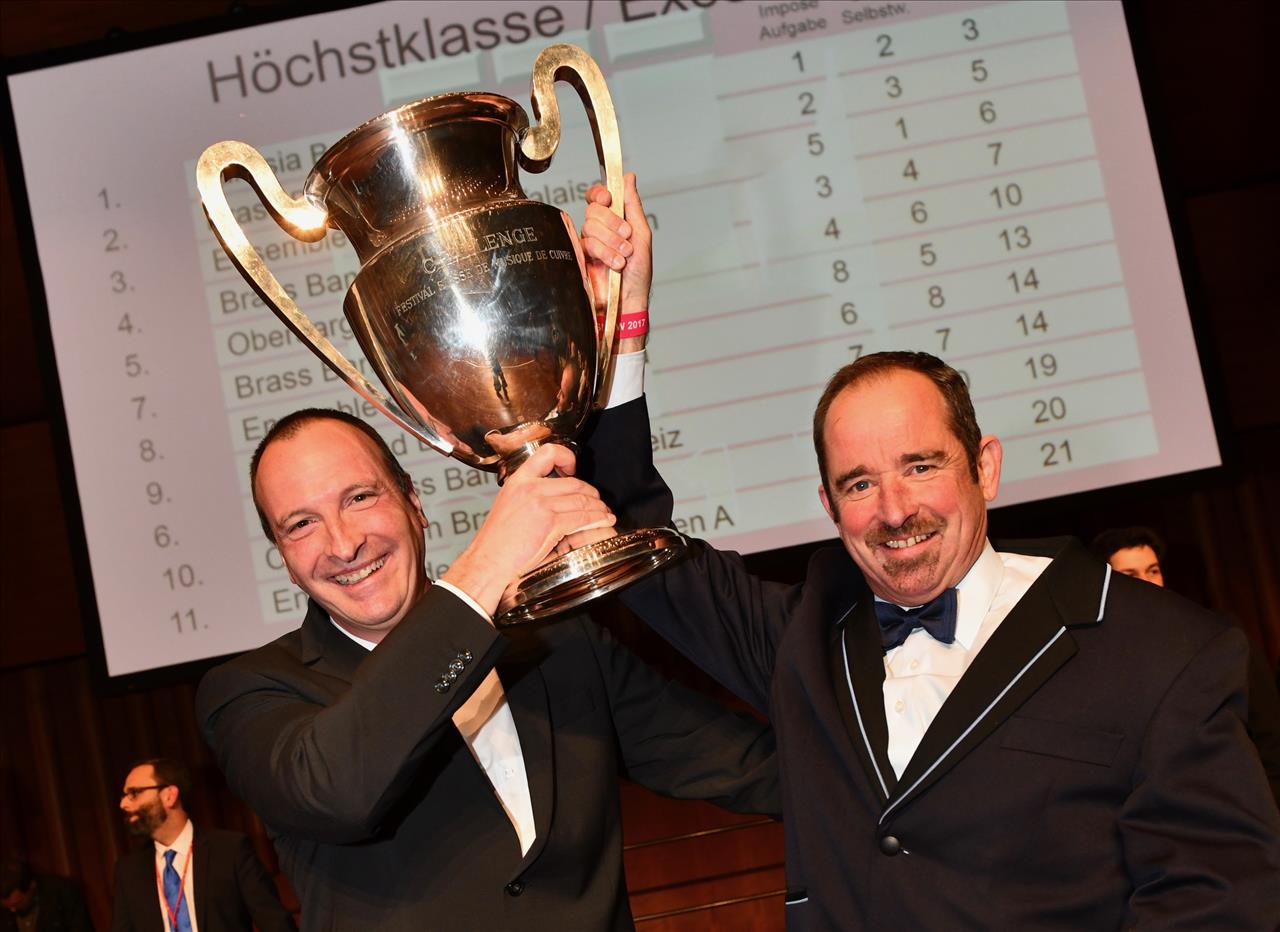 Will there be even more silverware for Valaisia?

The most imposing indicator of Eikanger’s staying power though will surely come in Utrecht at the Europeans, where they will line-up against the heavyweight challengers of Cory, Valaisia, Willebroek, Fairey and Whitburn amongst others. What a contest that promises to be.

And all that only takes us up to May; not forgetting the Aussies and New Zealanders locking horns and the Spring Festival in Blackpool also on the agenda.

Eikanger and Valaisia at the Open?

Come September we have the possibility of both Eikanger and Valaisia competing at the British Open, National titles to be won around Europe, and the fun and games at the Siddis, US Open and Brass in Concert events.

If Eikanger can still boast an unbeaten record after all that then no-one should complain a jot in having to pay reverential homage to the Norwegians as being the undisputed best band in the world.

If Eikanger can still boast an unbeaten record after all that then no-one should complain a jot in having to pay reverential homage to the Norwegians as being the undisputed best band in the world.

For me though, the likes of Cory, Brighouse & Rastrick, Foden’s and Valaisia could be the quartet to perhaps unseat them, but others may have different opinions.  And the more you take the opportunity to listen the more your opinion may well change. 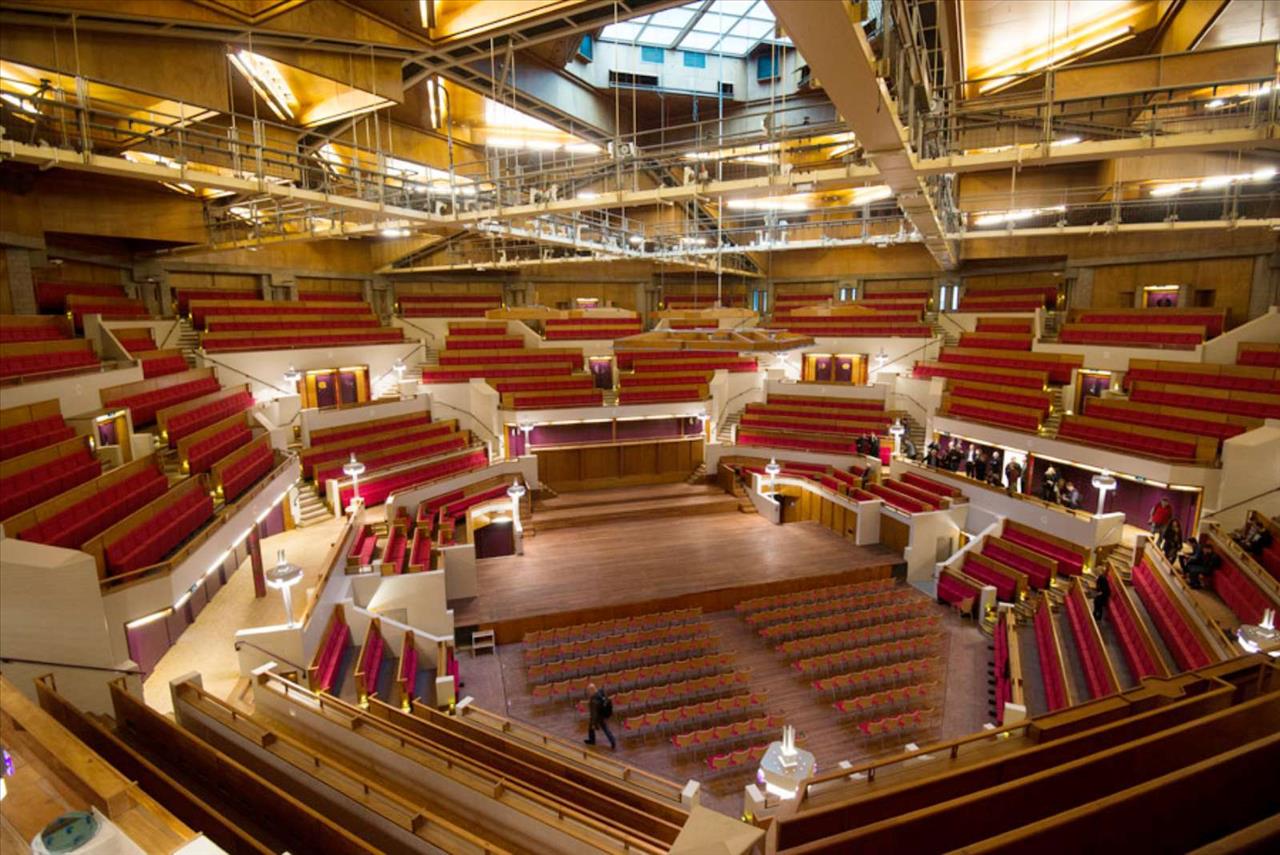 Can Eikanger cover all the angles in Utrecht this year?

So back to my original question: Do we need to travel overseas in 2018 to listen to the best brass band in the world?

Well yes and no.

If you have the time (and a healthy bank balance) then why not consider a weekend away enjoying the banding delights of Bergen, Utrecht, Stavanger or Montreux in 2018, or then again, Huddersfield, Blackpool, Birmingham, London or Gateshead?

You won’t be disappointed, and you should also be brilliantly entertained and even inspired. You can even start off with a non-competitive aperitif at the RNCM Brass Band Festival in Manchester in late January.

2018 promises so much for everyone - not just Eikanger. 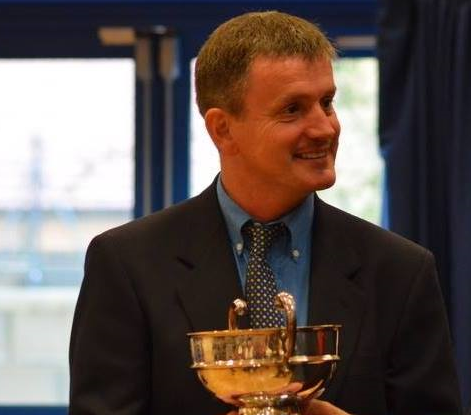 Rob started playing in 1977 with Abbey Brass (Abingdon) and over the past 40 years has played baritone, trombone and EEb tuba. He is the conductor of the senior and before that the junior bands of the organisation, although he still has time to play tuba with Cold Ash Brass, recently promoted to the Second Section in the London & Southern Counties region.

In 2017 Rob organised BrassFestUK to bring together as many bands across the UK playing to the public, armed with Gavin Somerset’s ‘The Spirit of Brass’.

He is a regular listener at major events such as the RNCM Brass Band Festival, National Finals as well as Whit Friday.

His passion is to enable bands to perform, to get youngsters involved in the brass band movement and to encourage people to become actively involved in banding in some capacity, especially to help develop young players and keep banding as relevant and progressive parts of local communities.