The Palanga iceberg
Can EBBA steer a course to safety following its 2019 Euro decision?

4BR Editor Iwan Fox wonders if EBBA is heading towards disaster, or can it find a way clear of being terminally holed beneath its bows over its decision to head to Montreux? 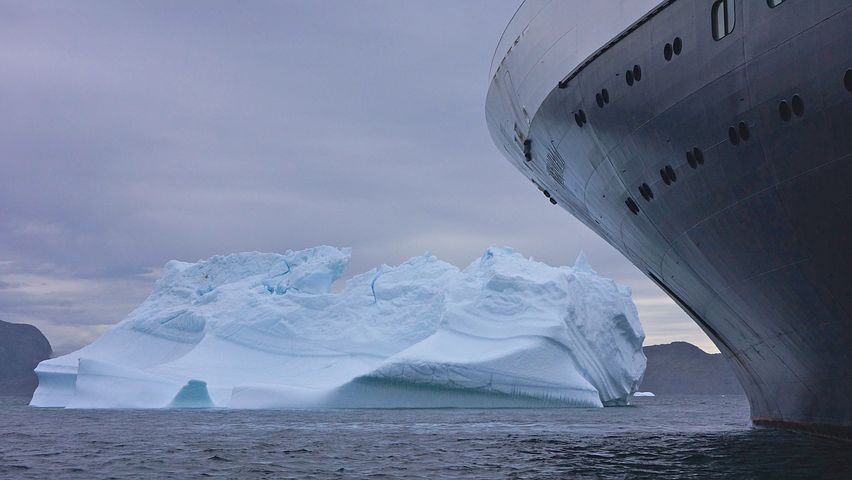 Which way is the good ship EBBA heading?

The good ship EBBA has managed to steer itself through some tricky waters over the years as it has sought to meet its fundamental objective of promoting the ‘intrinsic, aesthetic and social values of brass bands in Europe’.

Having expertly negotiated its way around the various hazards that were posed by hosting the championships in Groningen, Oslo, Lille and Ostende last year, it would have hoped that it wouldn’t now by faced with an iceberg the size of Palanga looming on the horizon.

And this one comes with potentially Titanic troubles. It really could be a sinking issue; especially as the alleged threat of the money draining barbs of expensive lawyer’s correspondence may already be floating towards the captain’s quarters of EBBA President Ulf Rosenberg.

How on earth has it come to this?

The prospect of the European Championships heading to the new, fertile banding lands of the Baltic states, with their historic brass ensemble traditions, supportive local, regional and national governments, enthusiastic organisers as well as a potentially lucrative emerging market for instrument manufacturers and traders, seemed to be the next progressive step for EBBA to take in meeting its core aims and objectives.

However, EBBA concerns have been raised throughout the process – primarily with the proposed use of a completely refurbished Palanga Concert Hall, which was to have been finished well before the Championships were to have taken place.

The representatives of the fledgling Lithuanian Brass Band Association certainly promised as much with a series of increasingly impressive presentations at EBBA general meetings starting as far back as 2013 - to the point that a joint mandate was signed a couple of years ago to work towards the successful hosting of the event in Palanga in 2019.

However, EBBA concerns have been raised throughout the process – primarily with the proposed use of a completely refurbished Palanga Concert Hall, which was to have been finished well before the Championships were to have taken place.

Promises and commitments were made, concerts booked and fact-finding missions made.  A lot of money has been spent.

According to sources that have spoken to 4BR, a great deal of amendment, compromise and consideration has been sought by EBBA surrounding other factors such as travel arrangements for competing bands, the hall logistics and the needs of traders and sponsors.

As a result, much has been accomplished through co-operation and understanding. Crucially however, 4BR understands that no final contract to host the event has been signed. 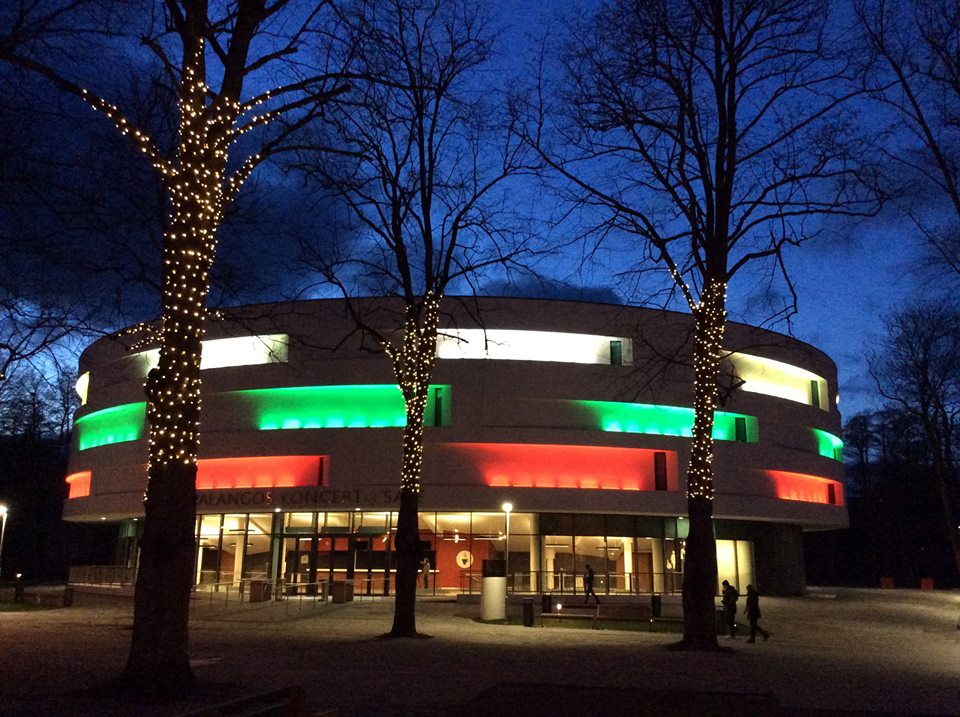 Palanga Concert Hall - from the outside

Which brings us to the crux of the matter - and a looming lump of acoustic ice.

According to EBBA, the decision not to consider Palanga as a candidate for 2019 was based on its final findings following their latest visit on 24th September this year.

It was followed by the official announcement that, “…while the Palanga Concert Hall provides an attractive concert environment for general listening, it would not provide the capability and experience for the level of critical listening which the bands, conductors, jury and audience would expect at the world’s most prestigious brass band contest.”

However, according to the Lithuanians, it does.

“…while the Palanga Concert Hall provides an attractive concert environment for general listening, it would not provide the capability and experience for the level of critical listening which the bands, conductors, jury and audience would expect at the world’s most prestigious brass band contest.” - EBBA

In the meantime EBBA changed course and decided to go full steam ahead to Montreux. Finding out the news by e-mail on 1st October, the Mayor of the Municipality of Palanga Town let his iceberg float free in the form of a particularly indignant letter to all the board members of EBBA.

Attached were details of the final EBBA Music Commission report which stated that, “…performances on the stage without any digital enhancement were too dry, recessed and did not project into the auditorium with power, dynamic range and the character and bloom that would be expected from an elite brass band.”

Not surprisingly, the Lithuanians disagreed - backed by a six page report that they believe refuted any findings and opinions made by the EBBA Music Commission. 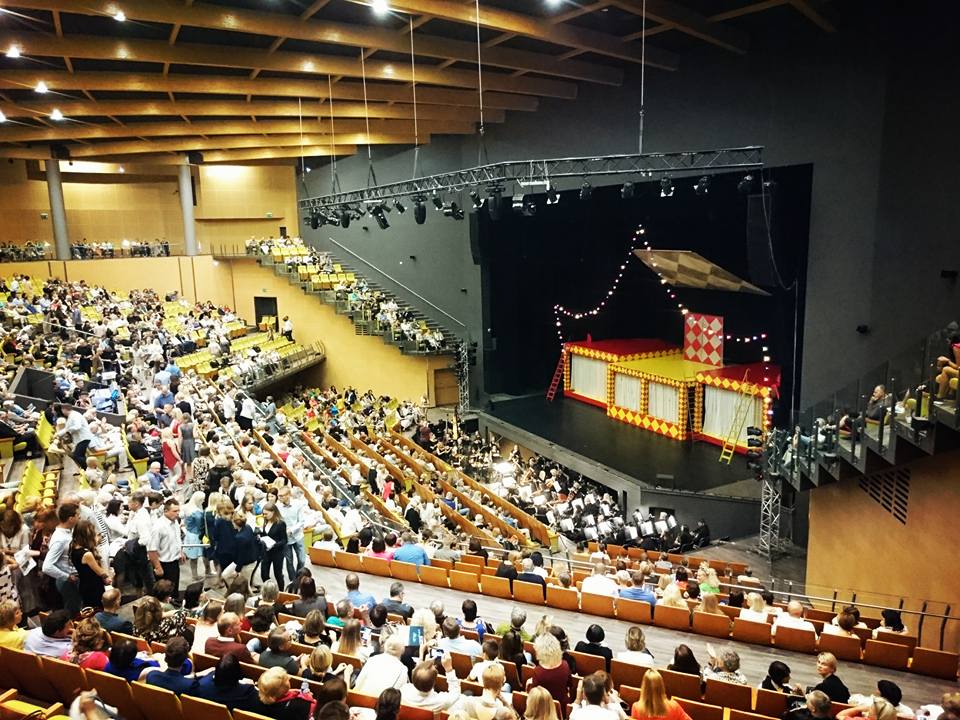 Palanga Concert Hall - from the inside

Meanwhile, sources have confirmed to 4BR that EBBA remains forthright in its belief that the sound of competing bands at the Championships cannot be enhanced by any electronic or digital means, and that any further work would not enable this to be achieved satisfactorily.

The Lithuanian experts state this can be accomplished - and have already spent 180,000 on upgrading the auditorium to meet as they say, “EBBA’s comments and requirements.”

The language is starting to be peppered by the prospect of horrendously damaging legal action.  The Mayor of the Municipality of Palanga Town has EBBA, and its President Ulf Rosenberg in his sights.

The language is starting to be peppered by the prospect of horrendously damaging legal action.  The Mayor of the Municipality of Palanga Town has EBBA, and its President Ulf Rosenberg in his sights.

He believes the decision was has been made on ‘non-existent grounds’ – one that was taken ‘long ago’ and which has little reasoning to do with the ‘level of critical listening’ experience that has been given.

This has become serious. 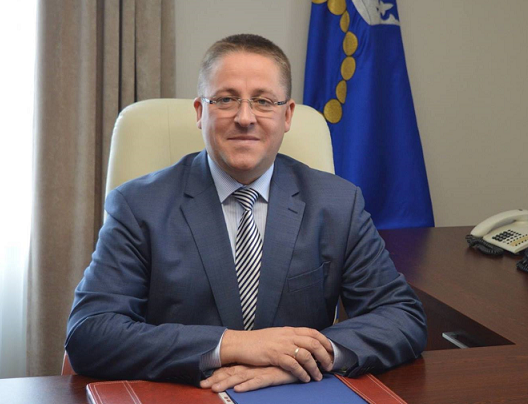 The man behind the iceberg - Mayor Sarunas Vaitkus

EBBA has therefore got to make sure it has a watertight case to defend. Palanga on the other hand has to be sure it can categorically show it has, or can in an appropriate time scale, meet EBBA’s requirements.

For the time being there are some questions to be answered.

For instance, what process did EBBA invoke to make its final decision – and how, and by whom was it made?

What elements were taken into the account in reaching the decision? When did arrangements to seek a potential alternative to Palanga begin, and how and when was it agreed?

What elements were taken into the account in reaching the decision? When did arrangements to seek a potential alternative to Palanga begin, and how and when was it agreed?

What members of EBBA and, or, its Music Commission were involved in the three separate visits to consider the acoustic properties of the hall and its suitability for a competitive brass band performance? Why did EBBA not seek to back its reports with any independent technical sound acoustic analysis?

What comments, requirements and correspondence were made following the EBBA visits to the Palanga organisers to seek a working solution to the acoustic problems of the hall?

In return, the Palanga organisers will need to back their claims of improvements and promises with hard evidence of how 180,000 Euros has been spent, or further money invested, to ensure that the critical listening contest experience is of sufficient quality – and will not have to rely on any electronic enhancement. 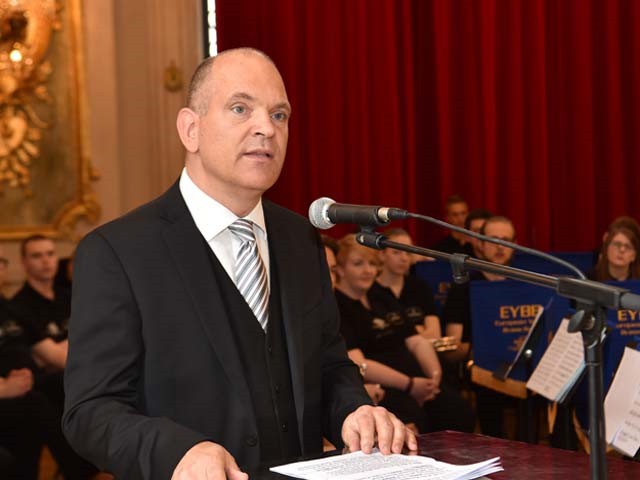 A new course of action

However, if it is possible, there may well be the potential for all parties to steer clear of disaster.

With concerns already being aired over Wales being able to host the 2020 event, a compromise could see both parties work together with the commissioning of independent expert acoustic analysis, towards Palanga hosting the Championships a year later than originally anticipated, if Wales is forced by over bearing financial challenges to drop its candidature.

That would of course take a little bit of face-saving diplomacy from both EBBA and Palanga.

If not, all that could be left is for someone to start sending out a morse code SOS signal.