A rejuvenated contest could well leave more than just the winners with a smile on their faces this weekend in Birmingham. 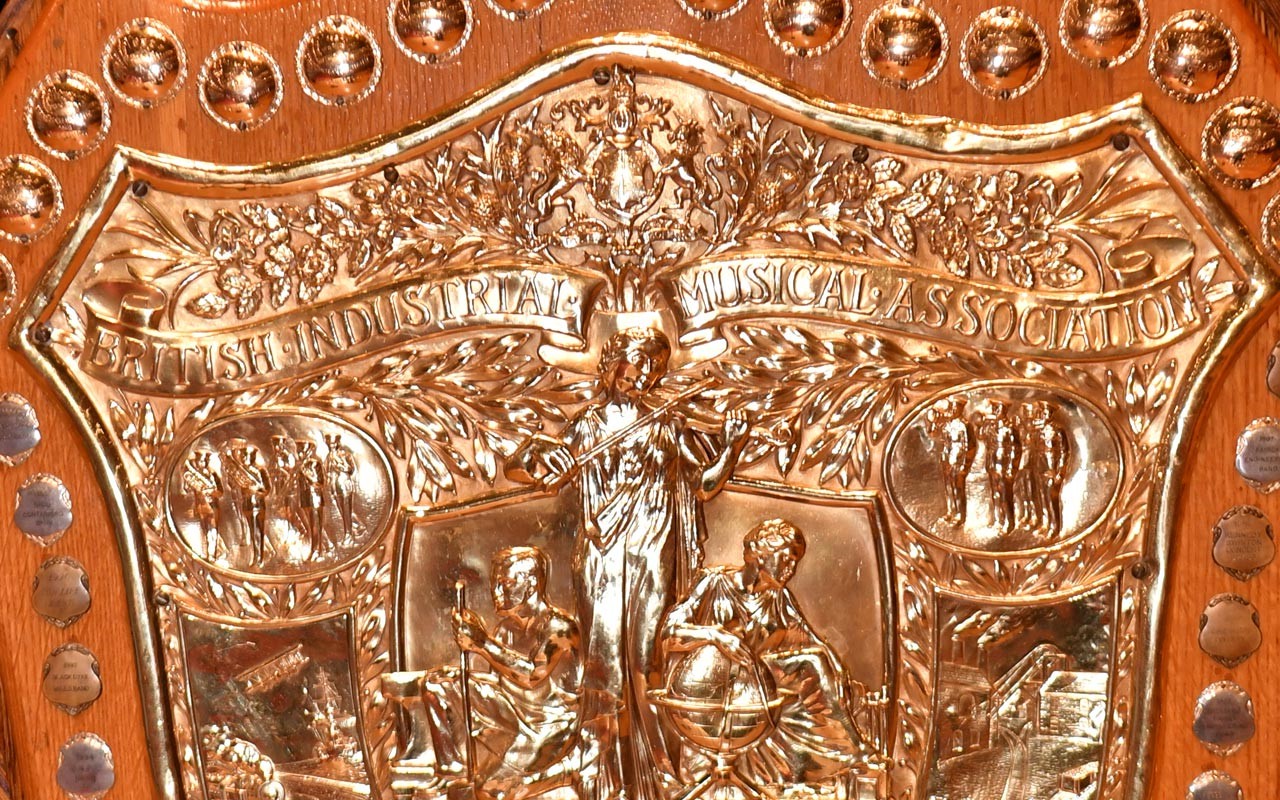 The British Open is shining brighter to more people than ever...

Although it will be the winning band who will grab all the headlines at Symphony Hall on the weekend, the organising team behind the 165th British Open will also leave for home wearing a wide smile of satisfaction on their faces.

The world’s oldest major brass band contest has rejuvenated itself - its fourth incarnation following the eras of Belle Vue, the Free Trade Hall and Bridgewater Hall reaching out to a wider audience than ever before with a renewed sense of confidence.

Inherent insularity has been replaced by vibrant internationalism.

The ‘Grand Duchess’ of the brass band contest world has become a 21st century version of the new Dr Who.

A fine, eagerly awaited test-piece and a truly ‘open’ field of the highest class competitors have added to the sold out attraction this year for sure, but it’s been Martin and Karyn Mortimer’s willingness to embrace significant change, and to act decisively in doing so, that has given the contest its reinvigorated sense of purpose.

The ‘Grand Duchess’ of the brass band contest world has become a 21st century version of the new Dr Who.

The decision to give a qualification link to the highest placed band at the preceding European Championship, as well as partner up with domestic competitions at Brass at the Guild Hall, Bolsover and Wychavon has both widened and deepened its competitive reach.

This year the mightily impressive Swiss champion Valaisia makes a debut appearance. Next year the 2016 European champion Eikanger Bjorsvik will be in town. You may have to try and book your ticket for 2018 on Sunday morning. 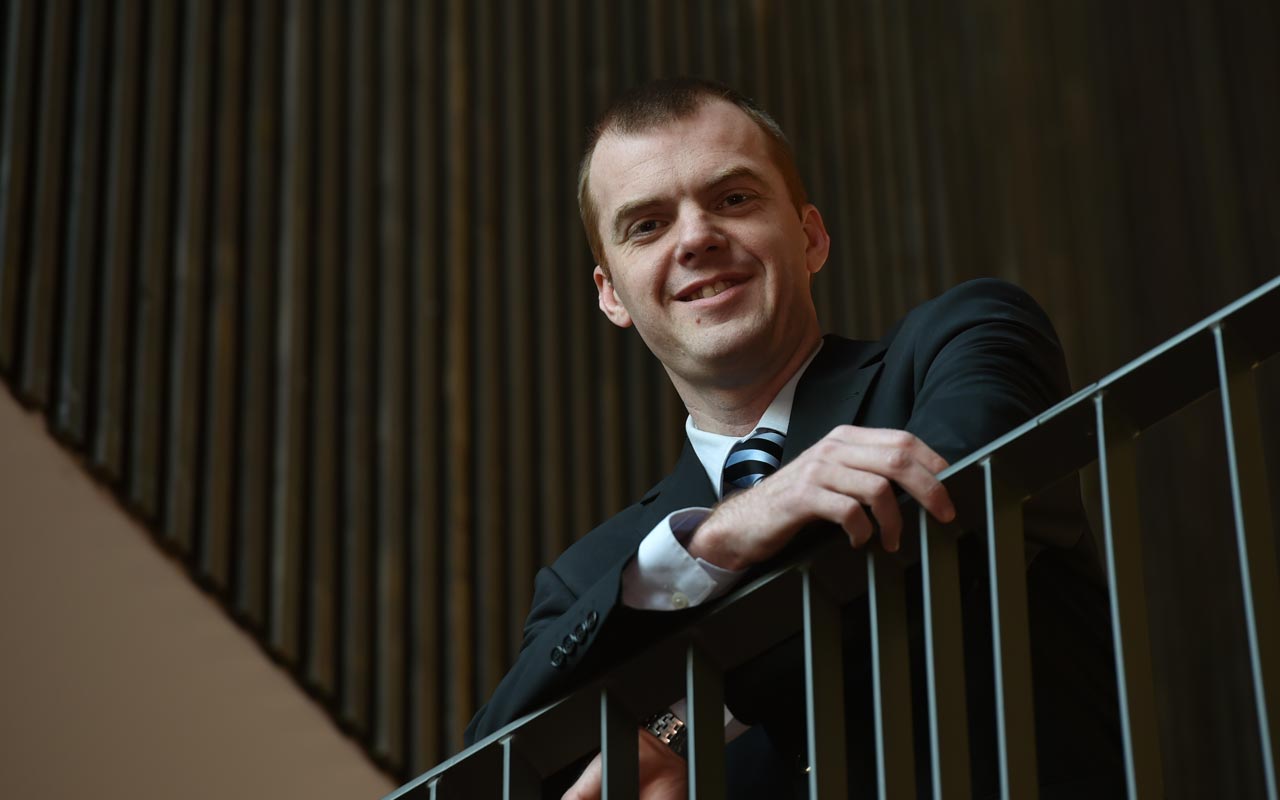 The man behind the music: Composer Thierry Deleruyelle

That new European dimension has been further enhanced by the choice of set-work (chosen following discussion with the Open’s close-knit team of advisors). Thierry Deleruyelle’s ‘Fraternity’ is a magnificent tone poem - full of rich musicality and a clearly understood narrative line. The story may well come from history but it has a very modern day relevance.

And whilst a couple of arch-traditionalist eyebrows may still be raised over the event’s ‘single market’ registration system, you will find few complaints from the bands themselves: Very few indeed.

The British Open has implemented a system that it believes helps its competitors and reflects the modern day international scope of elite level banding. Until someone can come up with a different universal answer, it is hard to disagree.

This weekend’s contest could well provide a watershed moment not just the event itself, but for worldwide banding.

This weekend’s contest could well provide a watershed moment not just the event itself, but for worldwide banding.

4BR will be there to bring you our thoughts and opinions on each of the performances courtesy of Steven Mead (using his criteria based system, which you can also download and try yourselves) and Chris Thomas, whilst the rest of the team will add to the flavour through Twitter and Facebook and our interviews with the conductors, players and personalities we bump into. 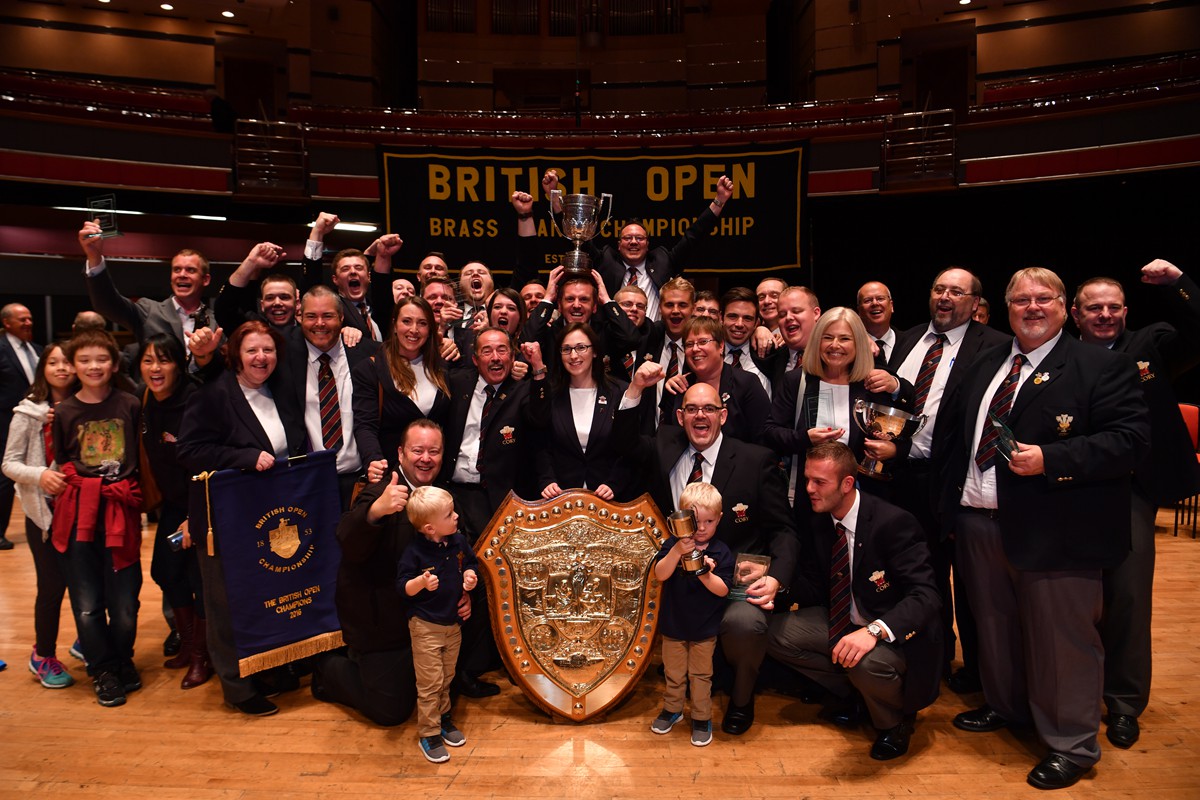 Will the famous trophy still be in Cory's hands this weekend?

The defending champion is certainly a band with world class credentials as Cory returns determined to repeat the type of overwhelming triumph that secured victory under Phil Harper twelve months ago.

Then they were imperious - although they just may have to be again if they are to head back home with the famous Gold Shield in the boot of the band bus. You wouldn’t bet too much against them doing just that though would you now?

Any sign of infallibility though and a voracious pack of heavyweight contenders are ready to spark them out - led by a prime-beef Swiss canton juggernaut in the form of Valaisia Brass Band.

Any sign of infallibility though and a voracious pack of heavyweight contenders are ready to spark them out - led by a prime-beef Swiss canton juggernaut in the form of Valaisia Brass Band.

This is an ensemble of the very highest class - brilliantly led by an inspirational conductor in Arsene Duc and packed to the gunnels with breathtaking performers. If you’ve been lucky enough to have heard them in action at the Swiss Nationals or European Championships over the last few years you won’t be surprised that they are amongst the short-priced favourites to take the title. 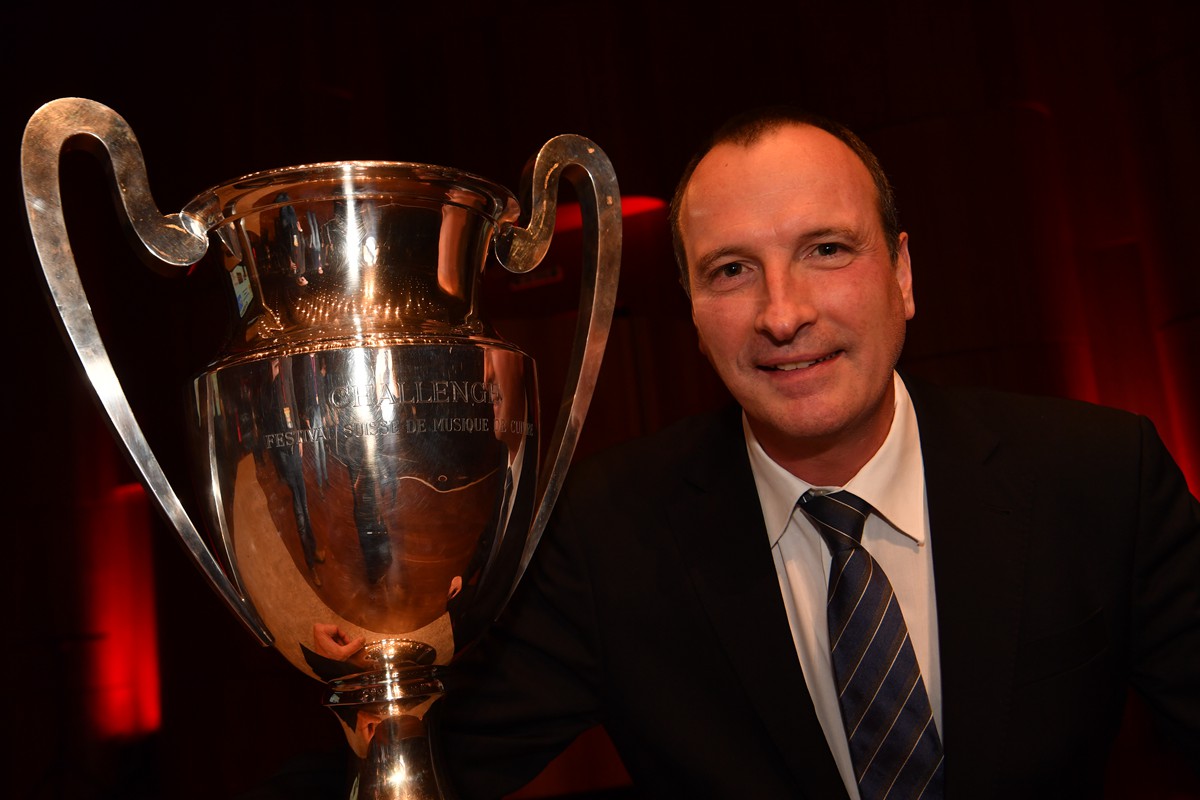 Can Arsene Duc add some old gold to go with the Swiss silverware already won with Valaisia?

To mix a sporting metaphor though, it is certainly not a two horse race - and with ‘Fraternity’ also asking searching questions of style, atmosphere, colour and pathos, there are sure to be some engrossing interpretations from the MDs.

What for instance will Bramwell Tovey make of such an enticing score with Foden’s, or Prof David King for that matter with Brighouse?

Can Black Dyke under Prof Nicholas Childs repeat the type of all-encompassing brilliance of their Yorkshire Area victory earlier in the year, or can Allan Withington ignite the blue touch-paper of Grimethorpe’s contest winning desire?

Can Black Dyke under Prof Nicholas Childs repeat the type of all-encompassing brilliance of their Yorkshire Area victory earlier in the year, or can Allan Withington ignite the blue touch-paper of Grimethorpe’s contest winning desire?

You can make convincing arguments for each of them - very convincing indeed in fact: The odd slip here, the little insecurity there could make all the difference. The judges could be faced with one heck of a task. 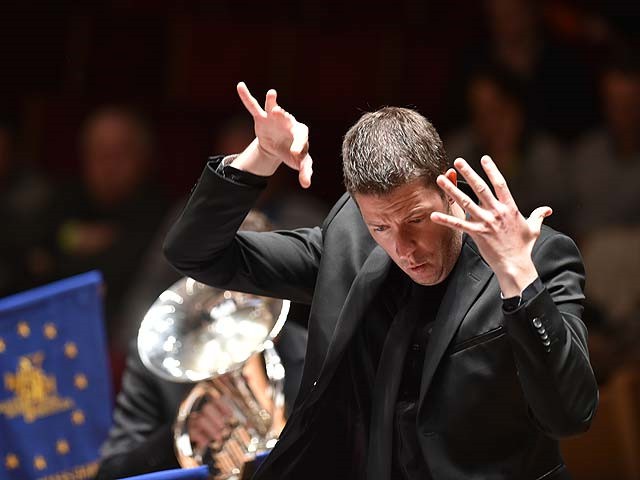 There are also pretty persuasive claims to be heard for the likes of Fairey, Tredegar, Grand Shield winner Whitburn and Carlton Main Frickley pushing their way right into the title winning reckoning.

Garry Cutt, Ian Porthouse, Florent Didier and Erik Janssen are conductors who know to bring out the very best from their bands (and two of them have won here before), so don’t be surprised if their names are on people’s lips come the announcement of the results.

It’s a mouth-watering prospect anyway you look at it, so you can be sure there won’t be many excuses for a ‘cup of tea’ break on this one: There are far too many bands that could claim the title in splendid fashion. 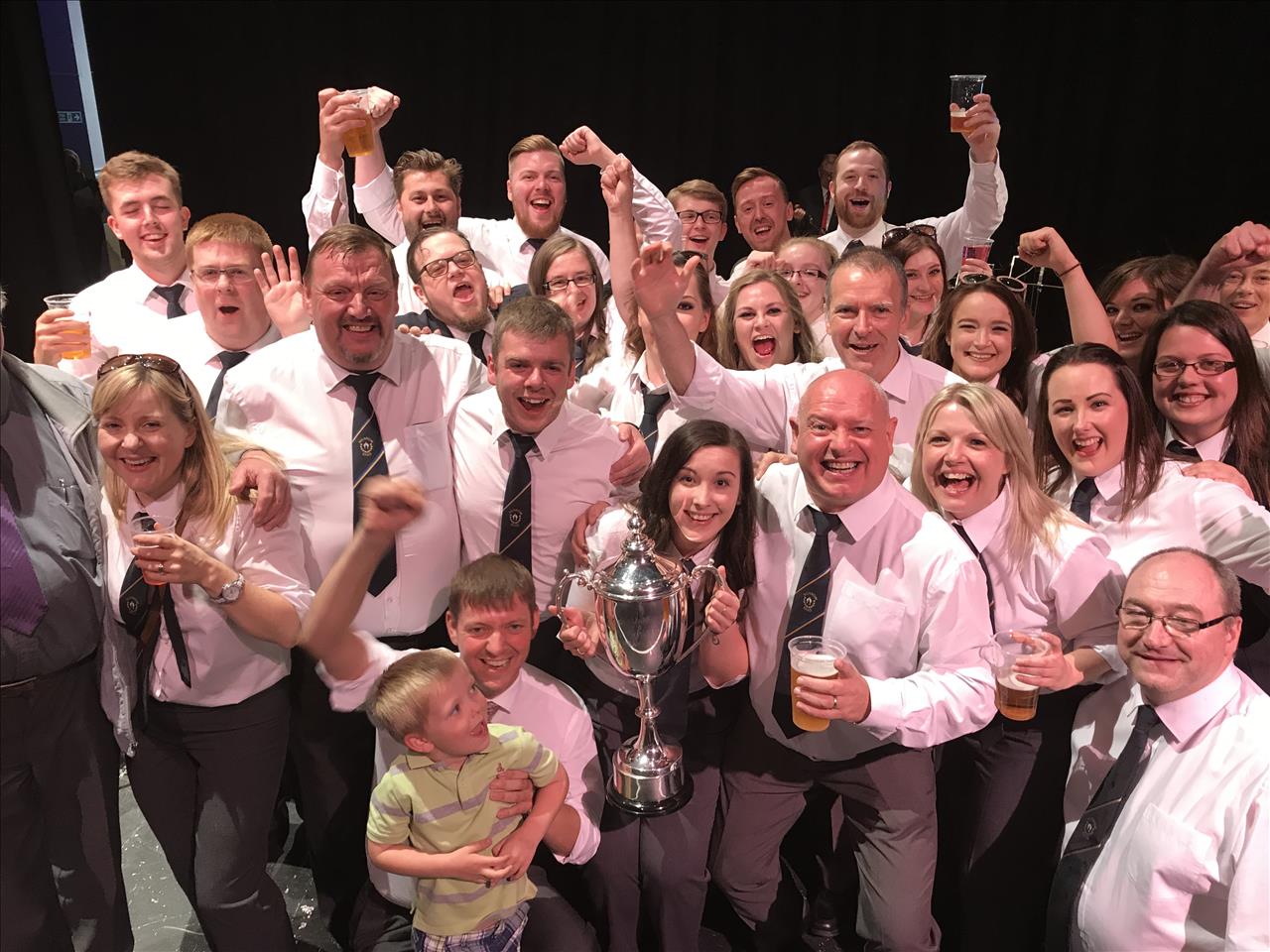 It also means that the alphabetical order of Co-operative Funeralcare, Desford Colliery, Flowers, Jaguar Land Rover, Leyland, Milnrow, Rothwell Temperance and Wingates are all very much in the mix.

Recent form backs their argument for success - from the increasingly impressive Milnrow winning the All England Masters to a vibrant Wingates returning to the Open for the first time in 18 years.

Both Desford and Leyland showed their deep-seated qualities here last year, whilst Flowers and the dangerously under-rated duo of Rothwell Temperance and Co-operative Funeralcare could be excellent each-way value bets on a top-six return. Jaguar Land Rover could well spring a surprise or two as well.

There are a few big names knowing that they cannot afford to slip up if they are to return here in 2018.

And whilst all the post contest attention will focus on the new champion, quite a few eyes will be scanning the results to find out who drops through the Grand Shield trap door to Blackpool next year. There are a few big names knowing that they cannot afford to slip up if they are to return here in 2018.

Whoever becomes the new champion will have done so by beating an exceptional field of rivals. They will thoroughly deserve to take the Gold Shield home with them.

The bookies know who are the very top-class acts though, so no surprise perhaps that the likes of Cory, Brighouse & Rastrick, Valaisia, Black Dyke, Foden’s and Grimethorpe could well fill the top-six spots in any order - although the likes of Fairey, Tredegar, Whitburn and Carlton Main (and a few others) may just have something to say about that.