A summer school with a difference has enabled the European Champions to inspire youngsters to enjoy brass band music making for the rest of their lives. 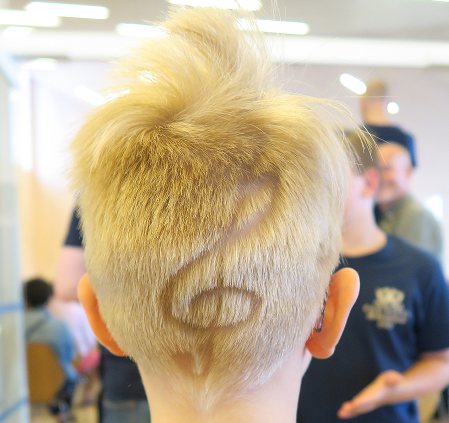 Making a musical mark for the future...

Started in 1998, the ‘Feriespel’ or ‘Holiday Play’ initiative provides the opportunity for youngsters from 30 local school bands to experience focussed tuition aimed at inspiring them to enjoy brass band music making for years to come, as spokesperson Viggo Bjørge explained to 4BR.

“The ethos is all about encouragement - to keep young players stimulated by brass band music making so that they can enjoy it at whatever level they choose in the future.”

It’s certainly worked, with anecdotal evidence proving just how successful it has been in the past 20 years.

“We started off by inviting players from nine of the closest school bands to where we are based, but more and more have since been included,” Viggo added.

“This year we had 30 school bands represented. We’ve now found that just about every player under 35 in Eikanger, as well as in many of the local bands in the Bergen area, have been participants at Feriespel over the years.”

We’ve now found that just about every player under 35 in Eikanger, as well as in many of the local bands in the Bergen area, have been participants at Feriespel over the years

So what’s the secret to the success?

“The key is about being able to inspire the youngsters by offering the chance to work closely with players they already look up to and want to emulate,” he explains.

“At Feriespel we get as many of the Eikanger players involved as we can - ensuring time can be spent with individuals as well as in sections and as a band.

We feel a strong responsibility to be engaged in trying to inspire young players, especially as they have such demands with their other educational needs.” 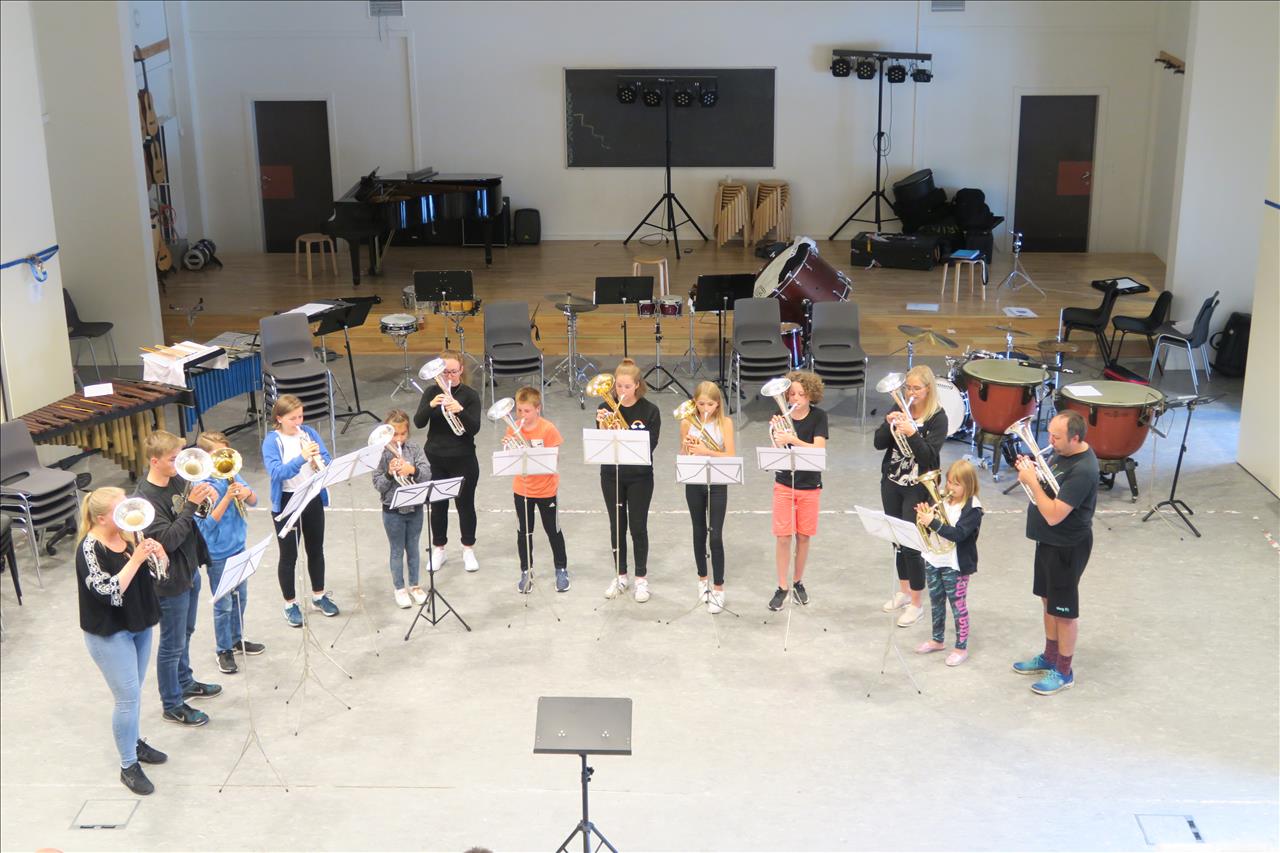 Feriespel has a simple structure, with the players aged 7-19 divided into three ensembles based on age: ‘The Youngest’, ‘The Middle Ones’ and ‘The Eldest’.

The older players meet up on the Thursday with the others coming in the following day.  The event is rounded off on the Sunday with a grand finale concert.

Each day starts at 10.00am and finishes at 10.00pm with all meals, teaching and activities including in the price of NOK 500 (around £50), with the youngsters going home each night for some well earned rest!

“We try to pack in as much as we possibly can,” Viggo says. “The Eikanger players are given different tasks - including the washing up after the meals, so we are always on the go.

Each band sending players to the camp is also asked to provide one or two volunteers to help during the four days with practical matters, so they can take something back as well.

The playing aspect is focused and structured so there are warm up sessions, teaching interludes, section and full band rehearsals, but we also make time to relax and have plenty of fun.  The social sessions are equally as important.”

He added: “Each band sending players to the camp is also asked to provide one or two volunteers to help during the four days with practical matters, so they can take something back as well.  We use Eikanger’s band room, the local school and the church so we have space for everything.” 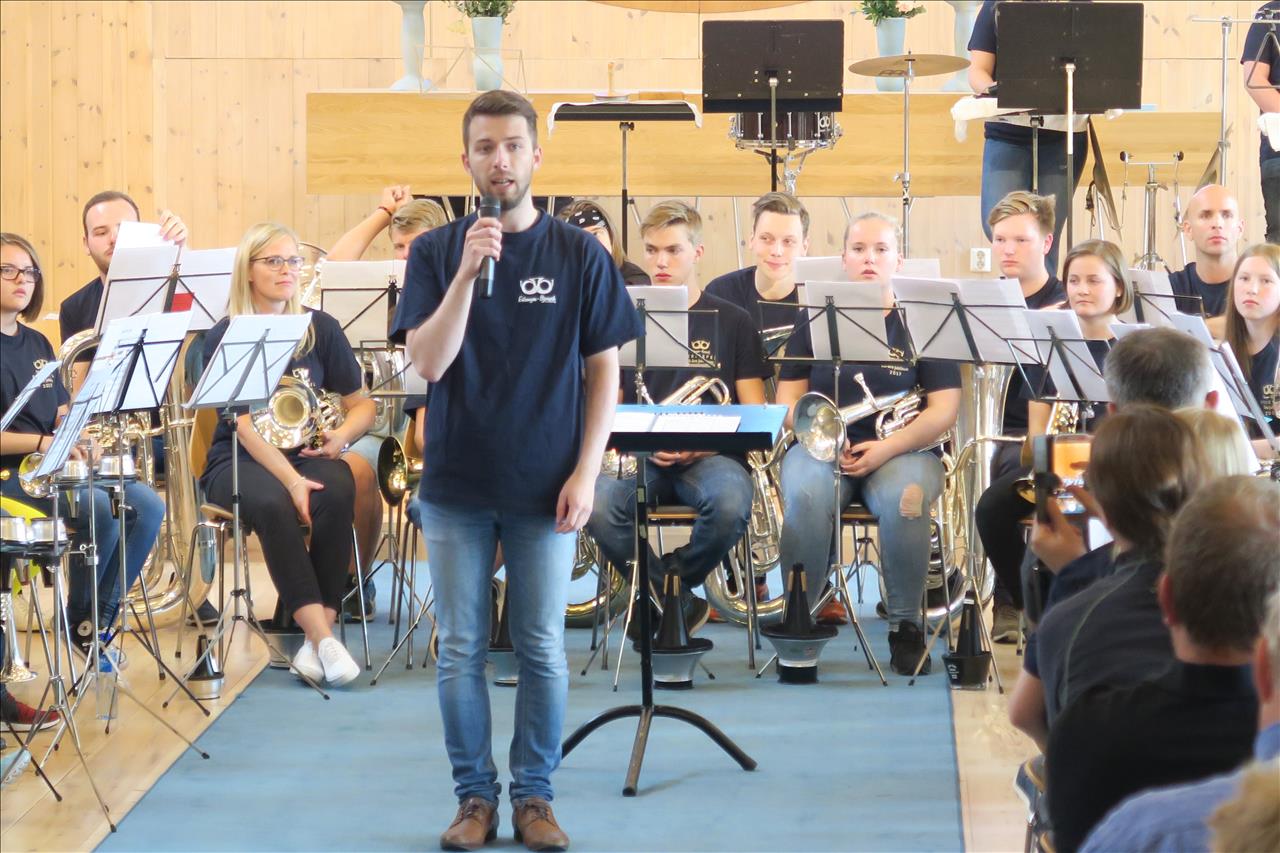 Everyone has a role to play...

That inclusiveness is such an important aspect, with the adults also involved in forums where leaders from school bands, local bands and other organisations discuss teaching developments and topics of communal interest.

“These informal meetings where we talk about different areas of interest are important to us all,” Viggo adds.

Everyone shares the goal of wanting to make brass band music making essential, relevant and successful

“It’s the type of update that has such great value. Local rivalries are put to one side and we challenge people to put forward ideas we can work on to benefit us all.

Everyone shares the goal of wanting to make brass band music making essential, relevant and successful.” 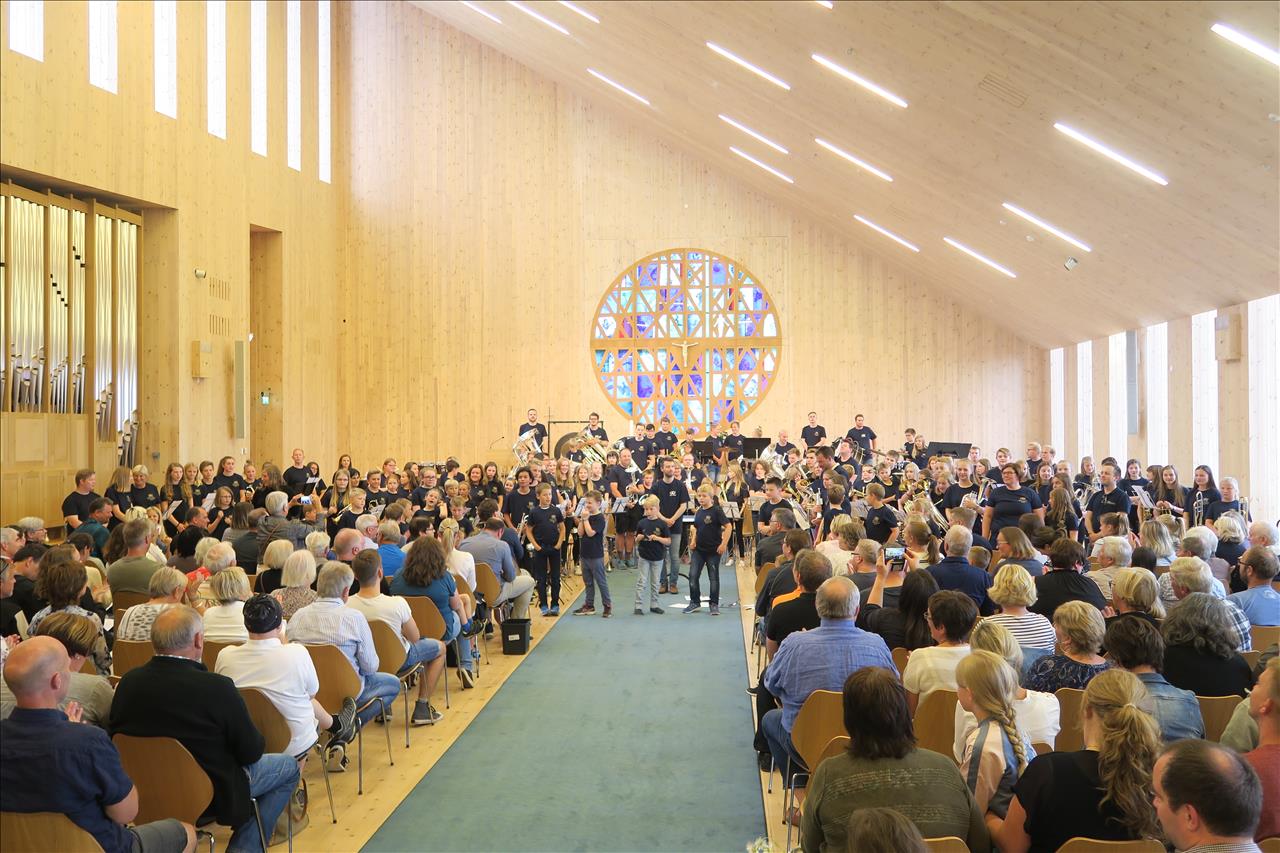 From these discussions have come community spotlight features on individual instruments, such as a recent highly successful ‘Trombone Day’, seminars, workshops, guest conductors and even band management days, many of which are organised through Eikanger’s own academy.

The project leader is Eikanger’s solo trombone player Vidar Nordli, whilst the band has used the 21st century phenomenon of social media through Facebook and community sites to organise and inform people about all aspects of the course and to get feedback.

“We know Eikanger is in a privileged position, so we are determined to give something back,” Viggo says.

“Using social media is the ideal form of communication. We also want to remain at the top ourselves, so making sure the next generation knows about Feriespel and wants to be part of it is good for us too. Feedback though is just as important. And we want to Feriespel a positive experience for everyone.

The messages of support and thanks are the fuel that fires Eikanger on, but so too are the new ideas.”