Iwan Fox talks to LCpl Nick Mott of the Coldstream Guards and Virtuosi GUS Band to find out more about life as professional musician in the Corps of Army Music. 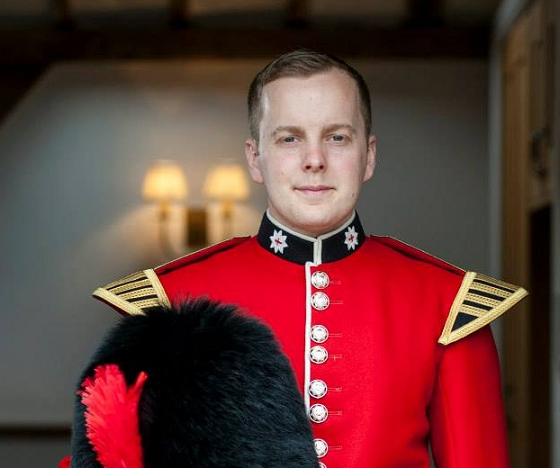 1. Can you tell 4BR a little about your brass banding background?

Brass banding is very much in the family: My father and both grandfathers all played in and have conducted bands for most of their lives.

I also spent two years studying cornet at Birmingham Conservatoire under Richard Marshall and Ian Porthouse; two great teachers, who taught me a lot in a relatively short time. It was around then I joined Virtuosi GUS on bumper-up, under the direction of John Berryman.

About three years ago I moved onto flugel at GUS. I really enjoy it and it continues to provide new challenges and opportunities, particularly as a soloist.

2. Why did you choose a career as a professional musician in CAMUS?

I was enjoying Music College from a playing point of view, and was fortunate to have some brilliant opportunities.

As well as learning from great teachers, I grew in confidence with solo playing and loved the social side of being at college and all that it brought. However, I found the academic side a bit of a struggle and I only really wanted to play.

A family friend and ex-Brighouse player, Gav Hall was in the Coldstream Guards Band, and I got chatting to him about the job.

He told me about all the fantastic gigs they did, including tours of Japan, as well as high profile engagements in the UK. The musical variations appealed, as there was opportunity to do things from brass quintet work to fanfare jobs and solo engagements.

I also liked the idea of being paid to play, and if I wanted to complete my degree at a later stage, then the Army could potentially help fund it - which was another huge bonus.

So I set up an audition and went on to join the Coldstream Guards Band. Six years on and I’m still a very proud and happy Coldstreamer! 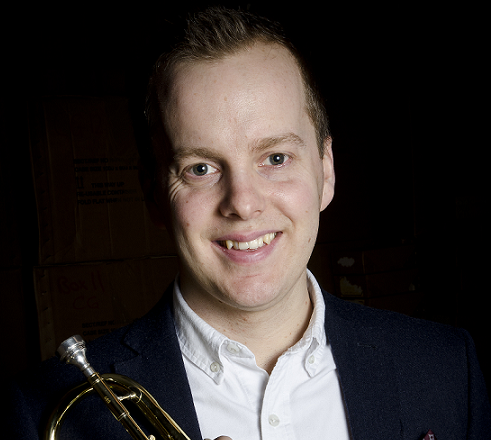 The great thing about CAMUS is that it offers a wide range of jobs and locations within Army music, so there isn’t a typical day as such, as it will vary on what band or post you’re in.

Personally I love working within the hustle and bustle of London, as we’re often involved in public duties like Changing the Guard.

As a cornet/trumpet player I also enjoy the quintet and fanfare jobs. As a full band we put on marching displays for dinner nights and other functions, as well as great concerts for the public.

So a typical day could be anything but!  That said, I do get to play my instrument, either in a rehearsal or on a gig each day, but overall the work we do is so varied, so every day is different.

4. So what can a non-typical day also be like then?

The  great ‘set piece’ public parades such as Trooping the Colour, Beating Retreat, Remembrance Sunday etc, which only roll round once a year are something to cherish. In addition there are the tours which provide great memories and learning experiences.

As well as fitness and sporting opportunities, we also undertake annual military training.

But again, each day is so different, so it all has to fit in around our primary focus, which is making music. 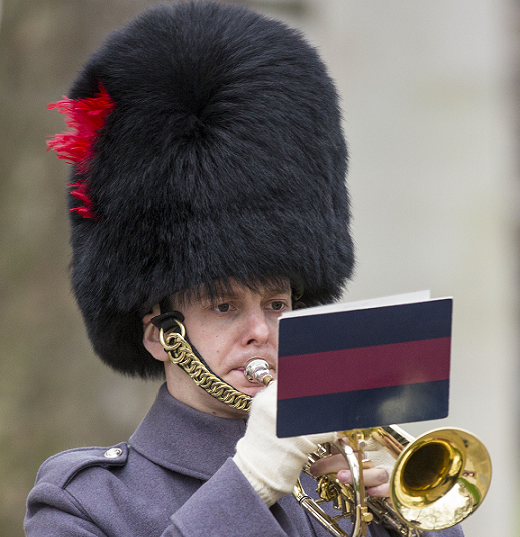 5. What avenues are open to you for professional development as a CAMUS musician?

The training I’ve received has helped me develop qualities such as personal discipline and self-motivation - all of which have contributed to my professional development; not only as a musician, but as a person.

The access to top class teaching and masterclasses from some of the best players around, is also something I’ve found hugely beneficial.

Everyone in the Army receives learning credits, which equate to financial support in furthering your education, so there are so many ways to develop your musicianship.

I’m very lucky to work with some extremely talented musicians, and personally feel I’ve developed simply through hearing different people play and listening to their advice along the way.

6. What other opportunities does a career in the Army afford you?

The Army is one of the best employers around when it comes to supporting your further education and development, not only in music but in a variety of different avenues.

Friends of mine in the band have gained financial support for a huge range of qualifications and courses; becoming ski instructors to completing a locksmiths course! The options are vast and the Army definitely looks after you in that way.

As an employer they make sure you have options, should you choose to move onto something different. 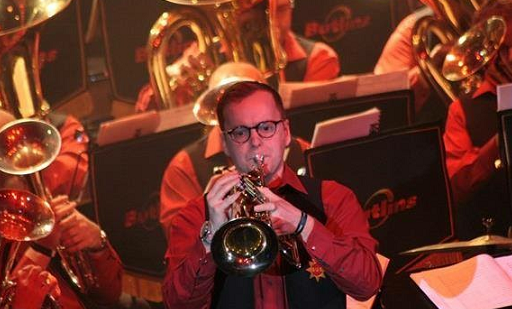 7.  What links are you able to maintain with the civilian banding world?

Luckily my boss is very supportive of everything I do with Virtuosi GUS, and I have time to keep up with a busy brass banding schedule alongside work.

GUS is and will always be my local band. My father played tuba with them, and my grandfather has been on principal cornet and on flugel, so it will always be part of me and my family.

As well as having a great history, GUS has a reputation for promoting youth and it has given players like James and Thomas Fountain, Ben Godfrey, myself, and many others early opportunities to perform at the highest level.

I’m hugely passionate about GUS and feel privileged to play with them. Adam Cooke is doing a great job and we are working hard to improve all the time.

8.  What does the immediate future hold?

I’m looking forward to visiting Japan for a fourth time with the Coldstream Guards Band on a concert tour. I’ll also be going on a trip to Algeria where I’ll perform the Last Post in a remembrance service at the Algerian Embassy.

With GUS we will soon be getting back into the swing of things after a summer break, as the band prepares for upcoming contests, recordings and concerts.

Personally, I’m also looking to complete my undergraduate degree on the trumpet. I’m working hard towards auditioning for various London colleges and to use funding from the Army to help me do this alongside work. 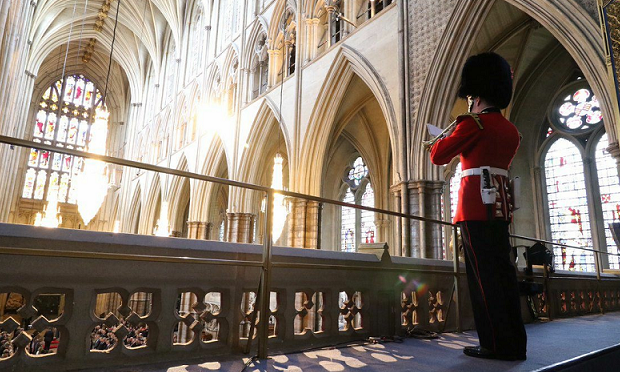 9.  What have been some of the highlights of your time as a professional musician?

I’ve been an Army musician for only six years, but I’ve enjoyed a huge number of incredible musical experiences.

There have been concert tours of Japan, China and South Korea, where I’ve been fortunate to have had the opportunity of performing as a soloist in some incredible concert halls, high profile engagements in London, including Trooping the Colour, Remembrance Day at the Cenotaph, Whitehall, state visits and more.

These continue to send a chill down the spine.

Then there was performing live behind Robbie Williams as part of a fanfare team at the Queen’s Jubilee Concert, and on ANZAC Day this year I also had the privilege of sounding the Last Post at Westminster Abbey (above). That was another spine-tingling musical moment I will never forget.

10.  What three elements of advice would you give to someone considering a future as a professional musician in CAMUS?

I’m not too sure how qualified I am to give out advice, as I still have a lot to learn myself, but to narrow it down…

1. Consider all the benefits life as an Army Musician has to offer. Not only the prospect of being paid to play, but things like subsidised housing and travel, career progression and educational support, as well as support with whatever you want to do musically outside the job, all help towards having a great work and family life balance.

2. Try and prepare as much as you can for basic training. If you’re anything like me, you’ll find it tough. But once it’s over you will have surprised yourself at what you can get through. The fitter you are going into it, the easier it is too.

3. From your audition right through to the end of your career, try and view everything in a positive way, and never forget why you’re doing it – because you love music.