4BR Editor Iwan Fox looks forward to a test of musical character right out of the purgatory imagination of Dante... 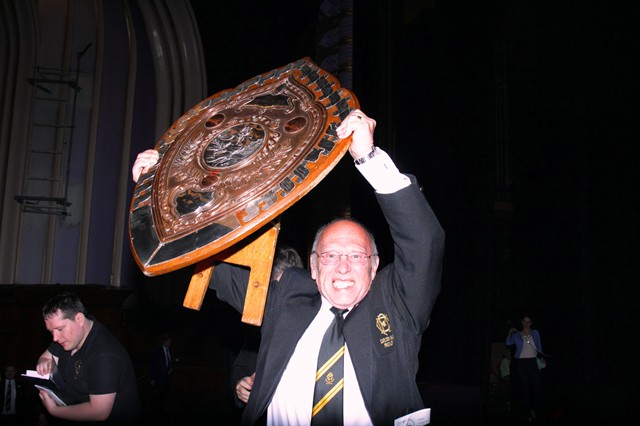 In search of absolution: Carlton Main ended their purgatory last year with their Grand Shield victory

The compelling annual slug-fest of British Open hopes and ambitions returns to the Winter Gardens in Blackpool this weekend with the 97th running of the Spring Festival.

It is the nine levels of purgatory condensed into three contests; demanding tests of character, patience and talent all underpinned by a level of fickle good fortune that Dante himself couldn’t better to add spice to the day.

Along the way the harsh lessons of contest life are played out before a band is released of its burden and can enjoy the purifying sunlit uplands of Symphony Hall; stubbornness, repentance, pride, envy, wrath and even a touch of lust: And that’s just the feelings straight after the announcement of the results.

No one wants to spend another year here than is absolutely necessary - but still they are drawn there like imperfect souls in search of absolution. 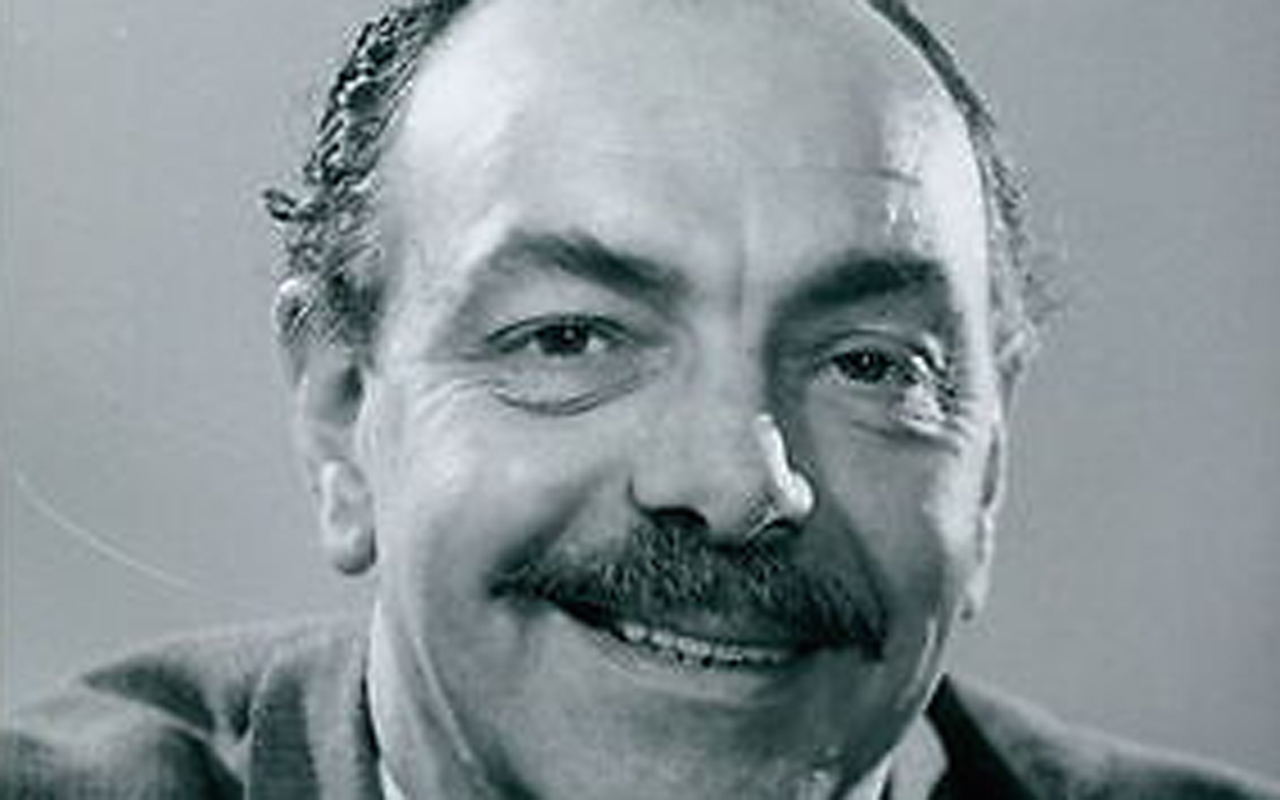 This year the terraced tests of mortal character come in three contrasting forms: ‘Salute to Youth’ by Gilbert Vinter, ‘Fragile Oasis’ written by Peter Meechan and ‘Reflections on Swan Lake’ composed by Stephen Roberts. Each is a substantive challenge of technique, musicality and stamina.

They are also a trio of intriguing works; Vinter’s a remarkable time-capsule exploration of what he felt were three points on the moral compass of early 1960s teenagers4BR

They are also a trio of intriguing works; Vinter’s a remarkable time-capsule exploration of what he felt were three points on the moral compass of early 1960s teenagers (his own son was 17 at the time) – resilience, romance and relaxation. By the end of the decade all that had flown out of the window in a haze of sex, drugs and rock and roll.

Meanwhile, Peter Meechan’s composition reflects on an even broader canvas – that of the 21st century future of the planet itself. In the short space of time since it was written, even that may have been changed forever in a cloud of carbon fuelled smog.

As for Stephen Roberts’ touch of balletic Tchaikovsky? 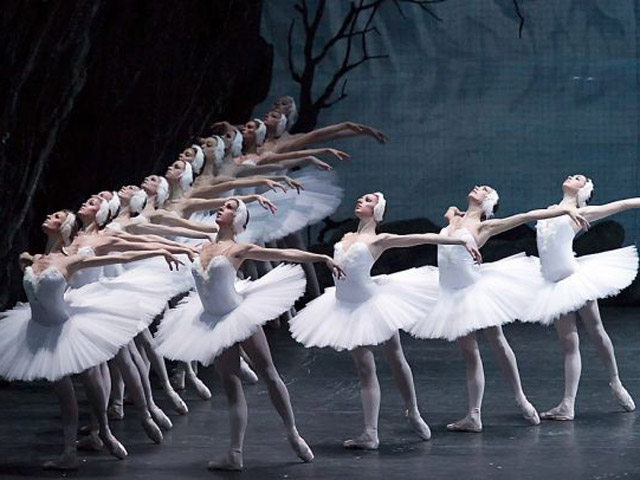 All pointing in the right direction

As true a reflection of the original as Natalie Portman in ‘Black Swan’ perhaps, but still with a spring in its step as high, wide and bonkersly handsome as anything famously thought up by Matthew Bourne at Sadler’s Wells 20 years ago. All that is missing is for the MD to prance onto the stage with an egg box thrust down the front of his tights.

All that is missing is for the MD to prance onto the stage with an egg box thrust down the front of his tights.4BR

Despite the long term prospect of Golden Mile purgatory, the Spring Festival continues to attract bands from all areas of the UK (helped by links to the Bolsover Festival of Brass, Brass at the Guild and Wychavon, as well as the prescribed draw segments and registration requirements) - with additional interest coming from Europe following the enlightened decision to invite the highest placed band at the European Championships to battle it out at the British Open.

Waiting in the wings

Willebroek made their entrance last year, with the Swiss champion, Valaisia heading to Birmingham in September. Newly crowned European champion Eikanger is already waiting in the wings for 2018. No wonder others are keen - even if they have to take a slightly different, and potentially much longer route to join them. 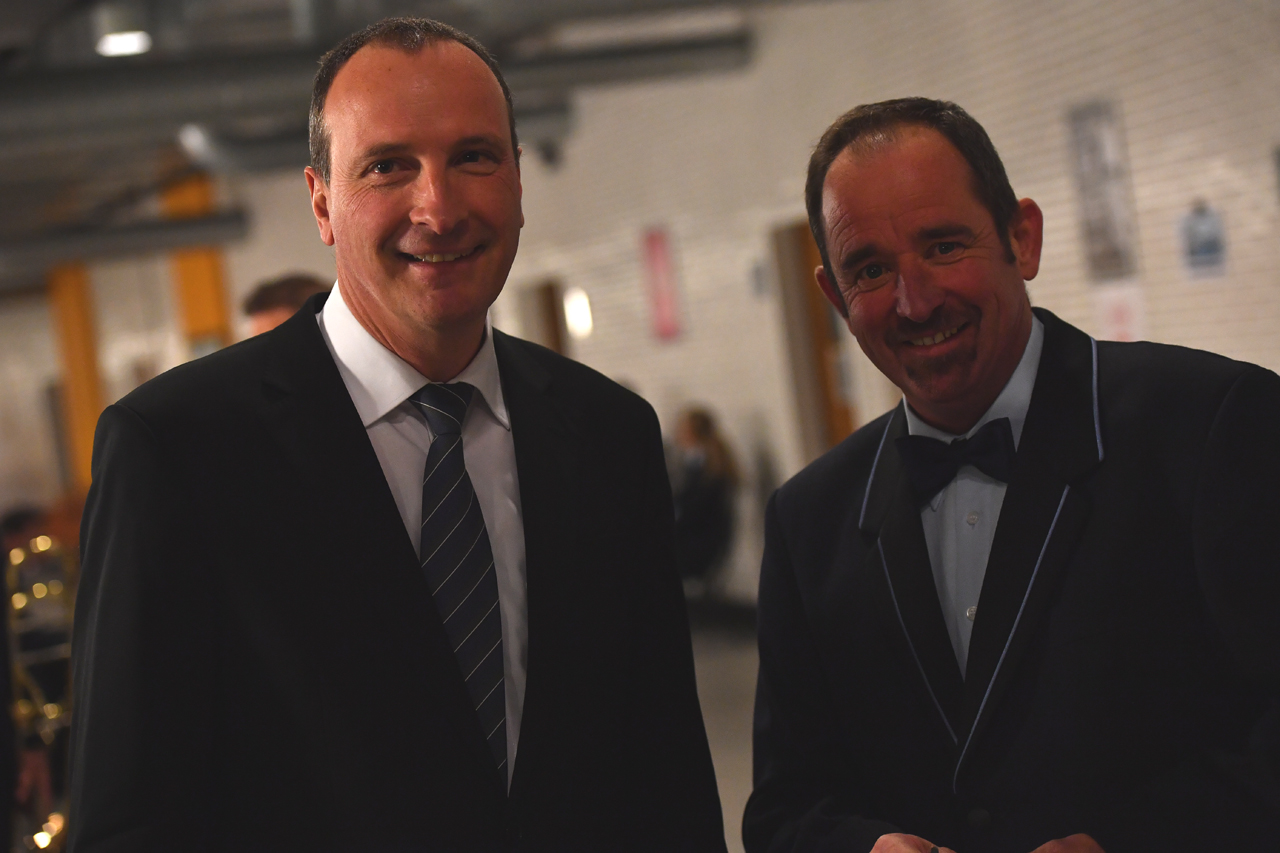 For those hoping to take a step closer to Symphony Hall this year, their fates are in the hands of an adjudication line-up of John Doyle, Paul Holland, Tom Hutchinson, Ian Porthouse, Alan Ramsay and Steve Sykes. It is one that has extensive experience of knowing just what it takes to battle through the qualification process.

Four bands will be promoted from the Senior Trophy and Senior Cup, with two bands gaining entry to the British Open from the Grand Shield. Four bands are relegated from the Shield and Cup, with the bottom five having to gain an invitation to compete again next year in the Trophy.

Thanks to the excellent organisation led by Frank Hodges and his team of helpers, it should mean that all three contests come to an end around the same time, so that the results can be announced in the Opera House at the conclusion of the Grand Shield event.

4BR will be there to cover the action as it unfolds, with our live coverage linked to images from Steve Jack. We will also bring you the results as soon as they are announced, as well as news reports on how the titles were won and lost as soon as we return home from our temporary trip to purgatory.