All the action from the 2017 European Championships — Challenge Section — as it happened.

Malcolm Wood's final round up and prediction:

What an enjoyable contest this has been. The set test proved to be a quirky challenge that has involved spoken words, and it has been interesting to see how the bands approached it. They were also asked to play in different styles (baroque to fusion jazz) and that certainly tested everyone.

The own-choice selections were interesting — with some better suited than others. We think it could be close at the top between the Italians, Belgians and Northern Irish. 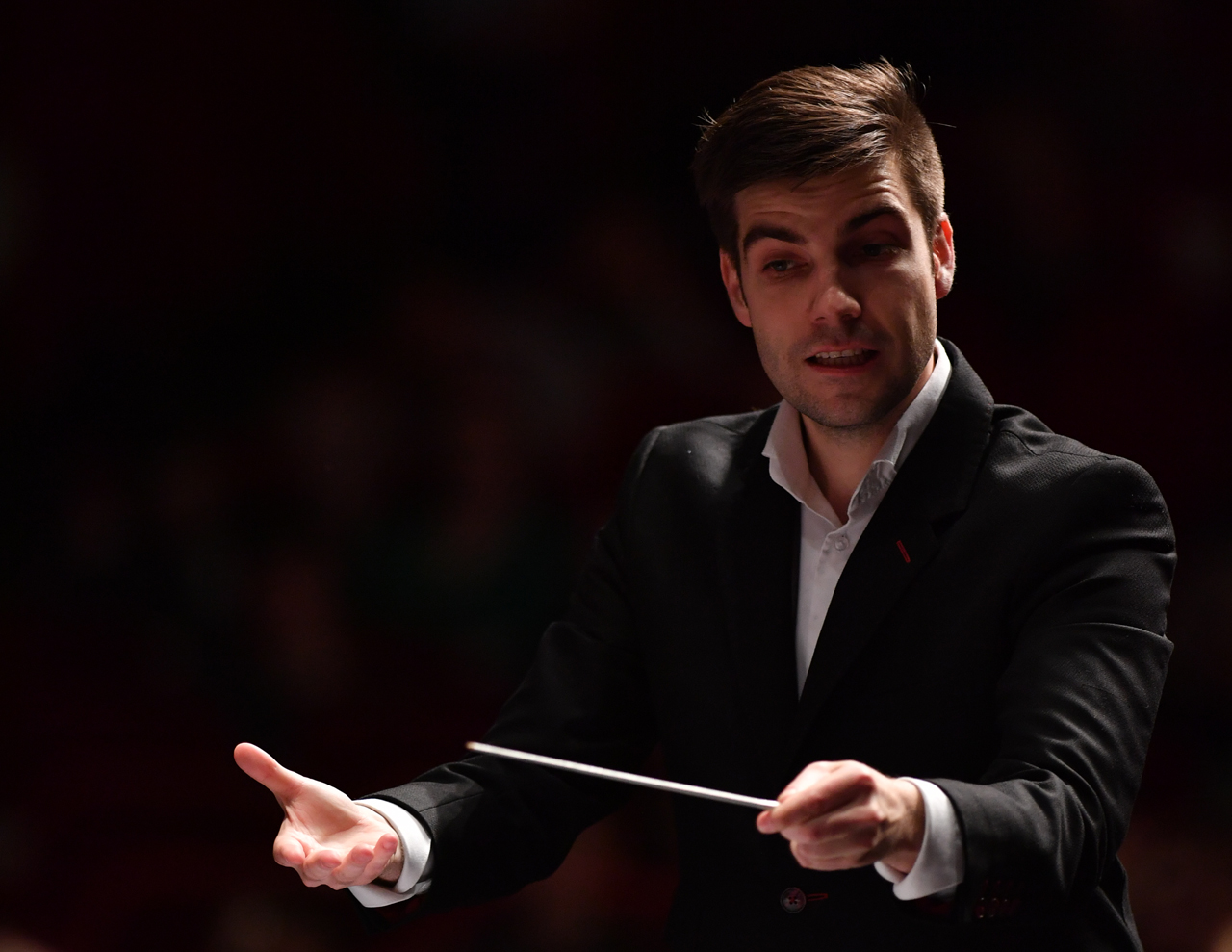 The home nation contender opens up with the final offering of the set test, 'Insomnia'. It's well thought out in its approach. It is dark but the music also gets space and time and the band sound is effectively projected. There are moments of uncertainty but the close is full of reflection and poise.

After the band paused as people started to come into the hall, the band concluded with Moran's 'The Bandsmans Challenge'.

The work was commissioned for the B section (which has now become this one) in 1999. Despite the audience coming in, it didn't put them off with a bold, colourful reading, appreciated by the crowd.

Going to be close at the top though today 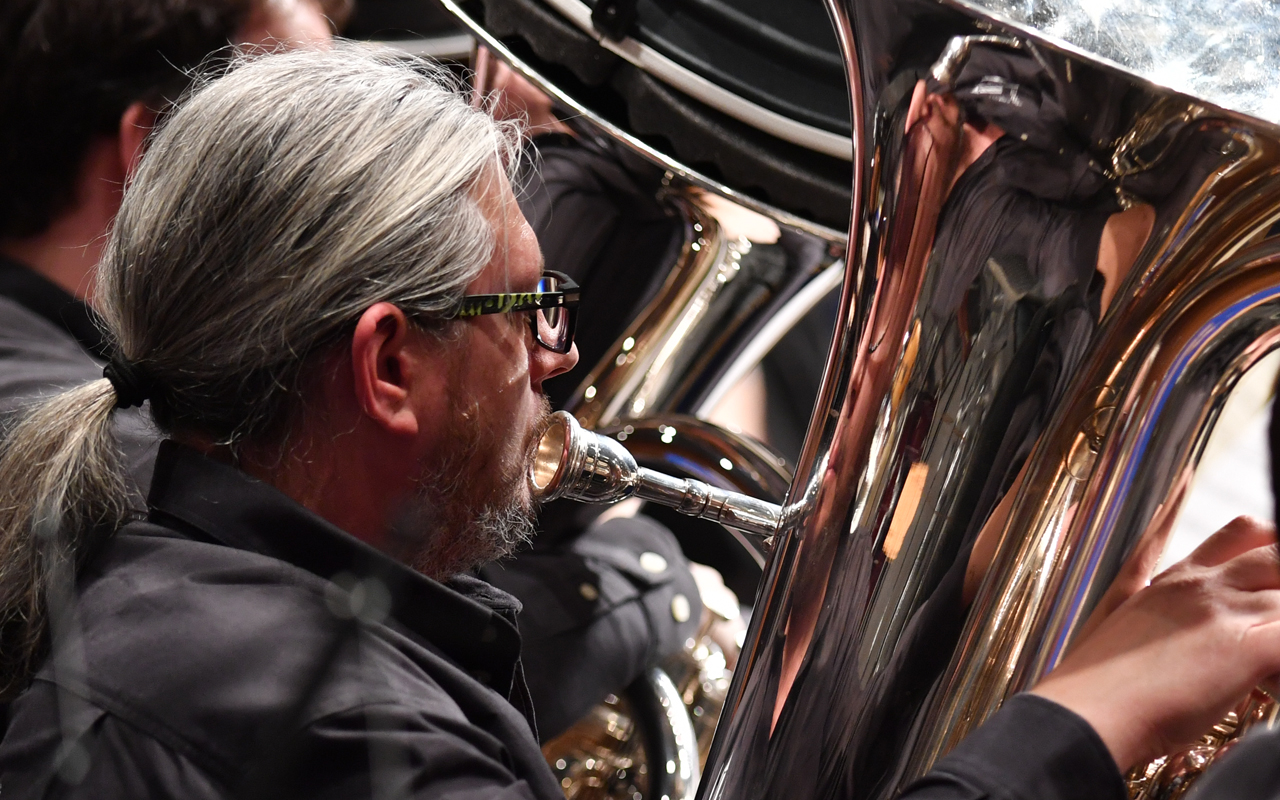 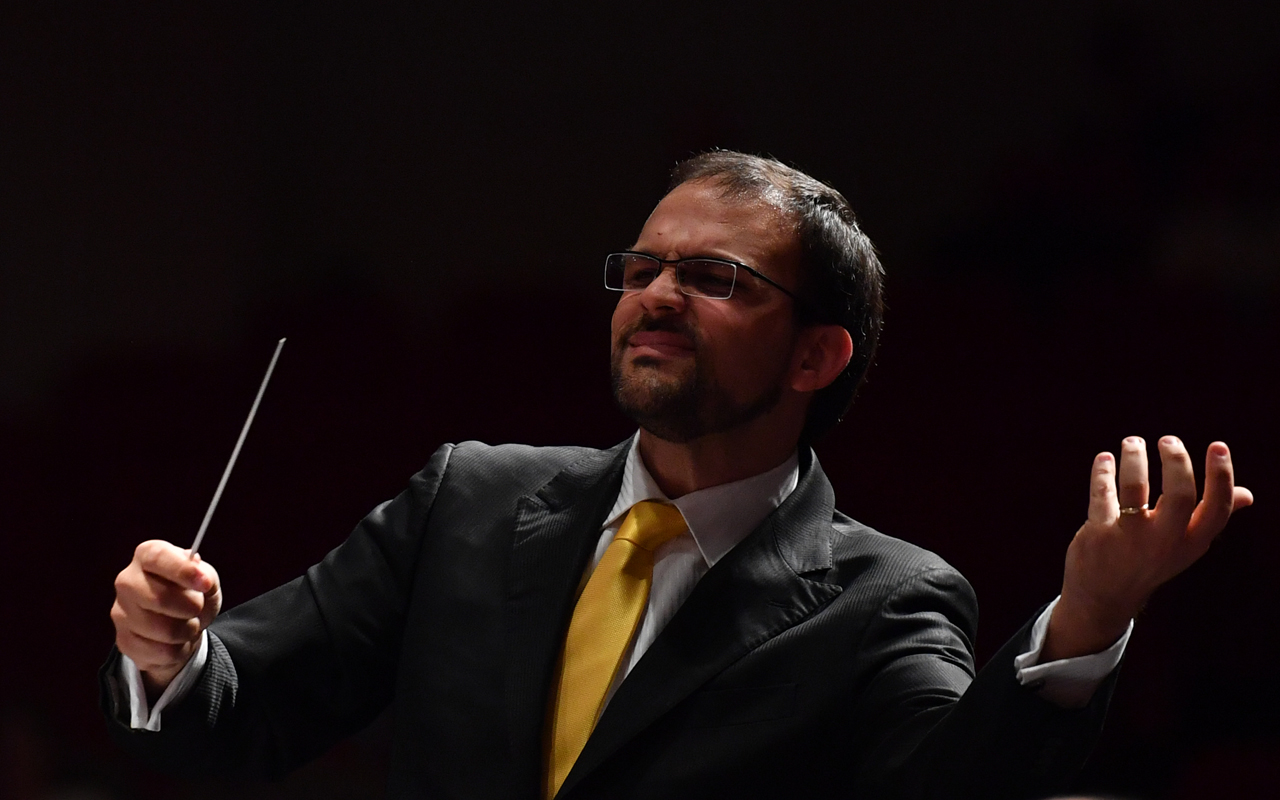 The 2015 winner and last year's runner-up, Italian Brass Band commences with a well-judged reading of the set-test.

Straight away we hear fragments of the piece that have not always come through so far, and the colours are vivid. There is a rather relaxed approach to the music. The intensity in concentration and playing comes through and the reflective close is a joy.

Peter Graham's 'Prisms' dates back to 1986 before being revised in 1988. Melodic in style, the work was given a tasteful reading with no shortage of confidence on display around the stand. Perhaps the odd bit of adrenaline was pumping through the veins though as the tempos didn't hang around at times, with not all of the detail being vivid.

It rounds off a very impressive performance that certainly puts them into contention for us. 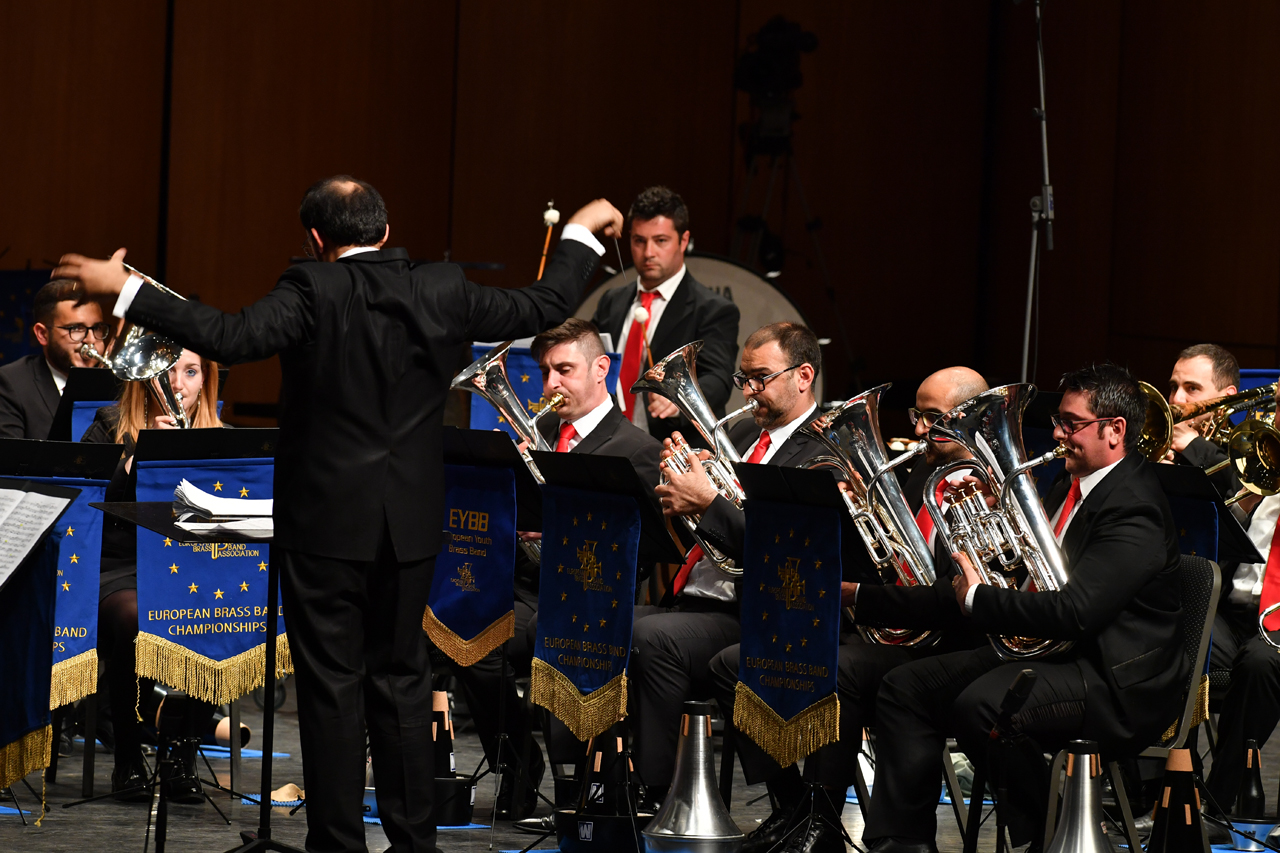 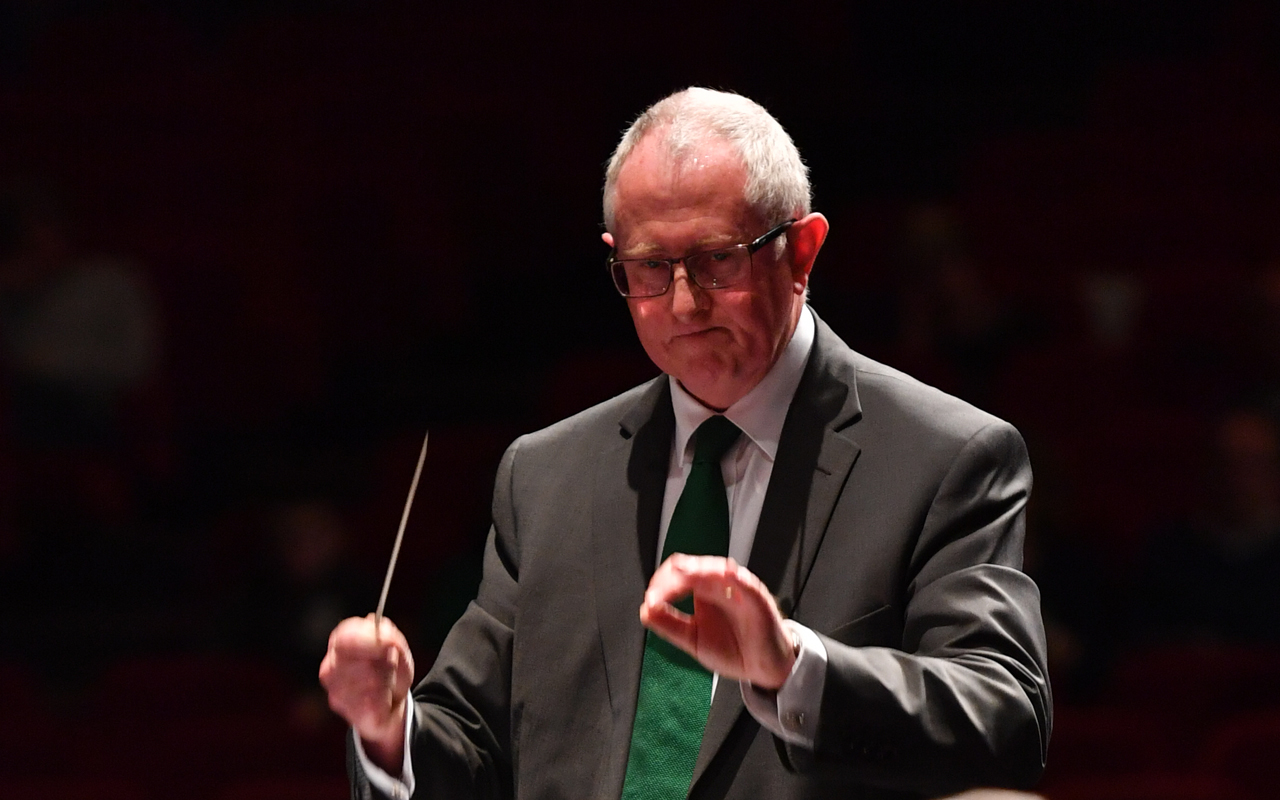 The Northern Irish contender opens with 'Insomnia' — full of purpose and dark musical intent. The words are spoken by a handful of players at the side of the stage and the playing is sympathetic and detailed.

The Allegretto section is nice, light and effective, with some impressive contributions. The spoken diction is good and the reflective close is so nicely done.

Thomas Doss's 'Blackout' depicts the hustle and bustle that goes on in any city. The band paints some vivid musical pictures that bring out the frenetic feel as people go about their lives.

The dynamics are not held back and the percussion plays its part, but all works well and there is some impressive playing on show.

It rounds off a fine performance by the Northern Irish band where the approach in the set-test certainly made an impression. 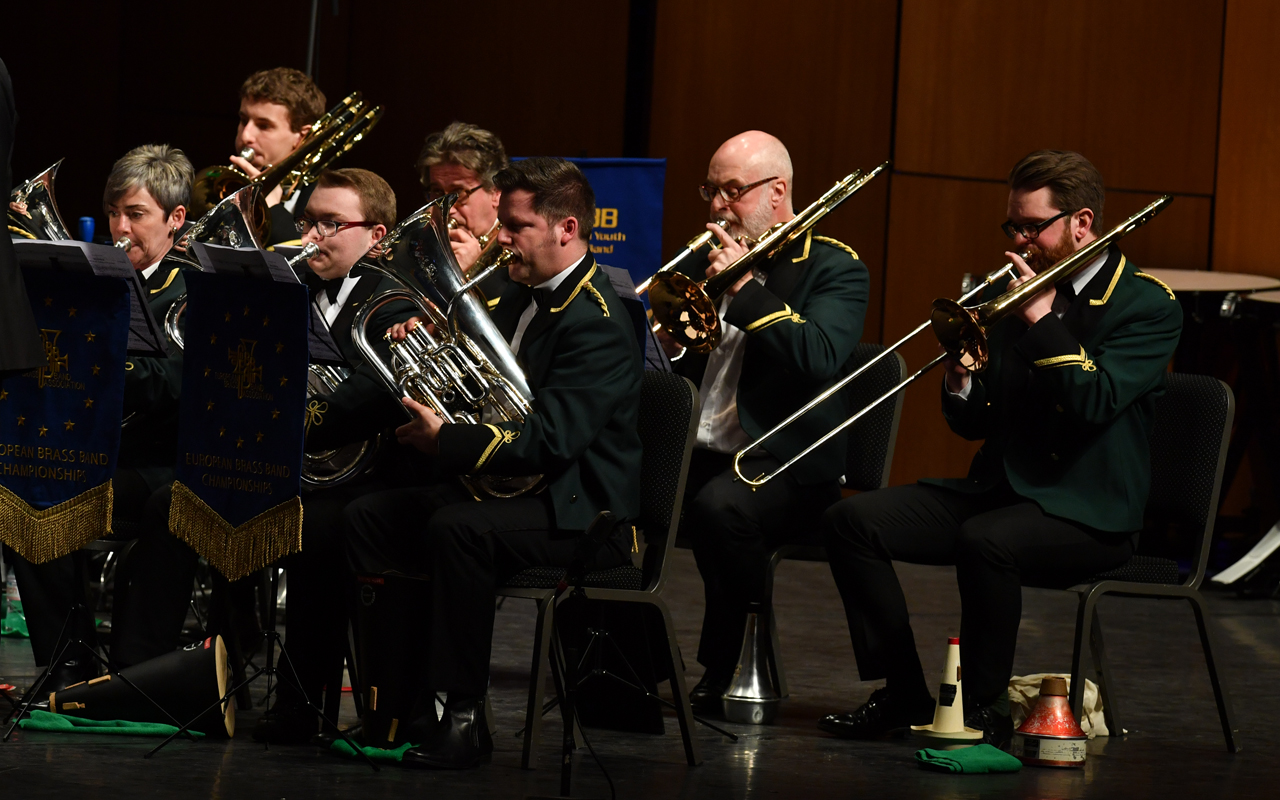 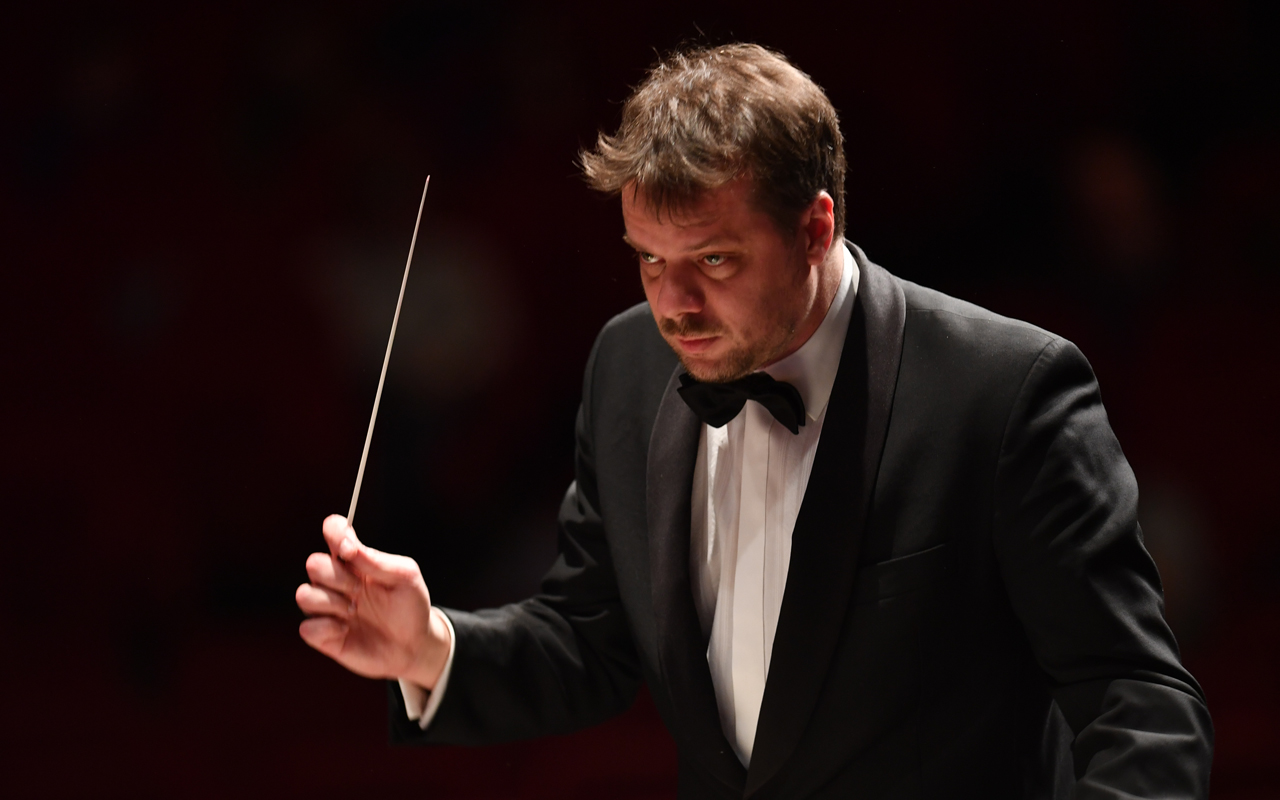 Sunday Brass takes to the stage and goes straight into Phil Lawrence's 'A Day in the Life of a Knight'. As the title suggests, it's a descriptive work that opens with the subject matter of a jousting match.

The music is full of character, nicely styled and delivered with plenty to appreciate.

Having triumphed, the Knight goes and enjoys himself at an evening reception with his beautiful Princess where he asks her to marry him. Quickly he has to return home and so we hear lots of frenetic playing and a fight. On his return, he discovers another Knight has affections for his love, goes into battle — but not surprisingly, he wins the day so they can be together.

The set test takes time to settle though. There is unease around the stand, but things calm down and they take the piece in their stride. The MD captures the dark, restless feel well, but the edginess in the playing is never too far away.

It rounds off a performance that perhaps had too many inconsistences at times, but who knows, its all about what the judges think, not us. 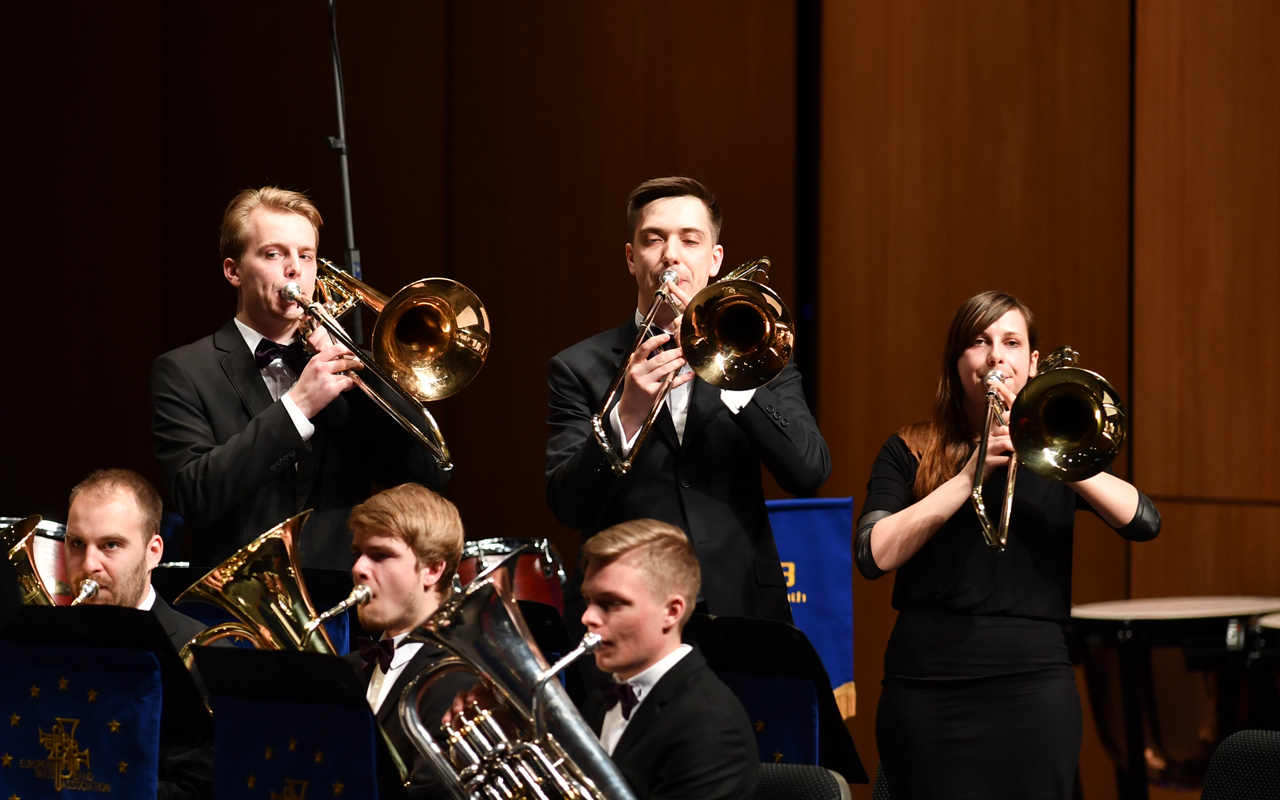 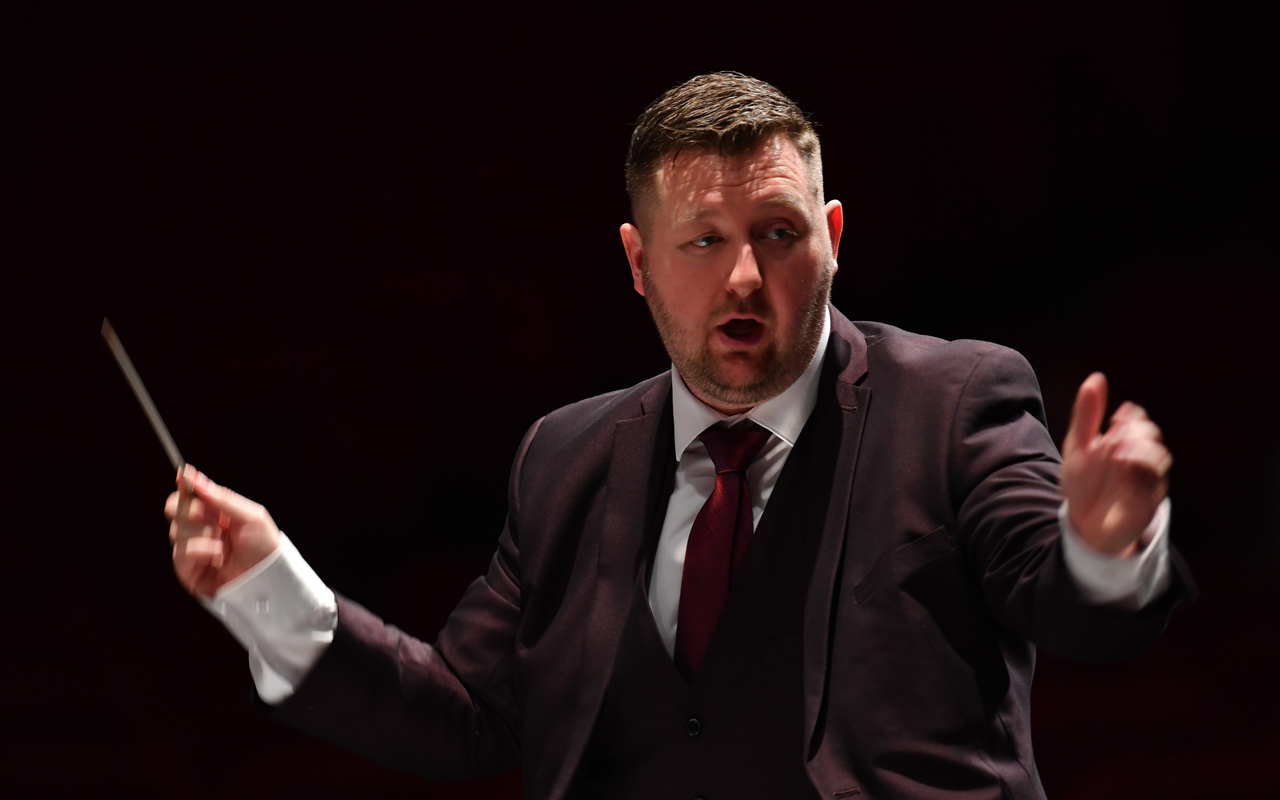 The Scottish contender begins with the set test. It's a confident start with dark, restless sounds and the words whispered by the ensemble.

We are hearing some good playing; the ensemble is linking the different styles well and there are some fine solo contributions. The restless feel is maintained through some intriguing rhythmical obstacles, but the confidence in the playing is maintained to the end.

It's a reprise of the 2017 UK Regional Section 1 test-piece, 'Land of the Long White Cloud' to close their contribution.

It's a full-blooded reading that is well paced, but does push the dynamic at times. The links between the sections are neat, but some of the solo contributions are a touch nervy and in need of more composure.

The familiarity with the work helped them, but a reminder of a tough ask for a Section 1 band — but it rounded off a confident performance. 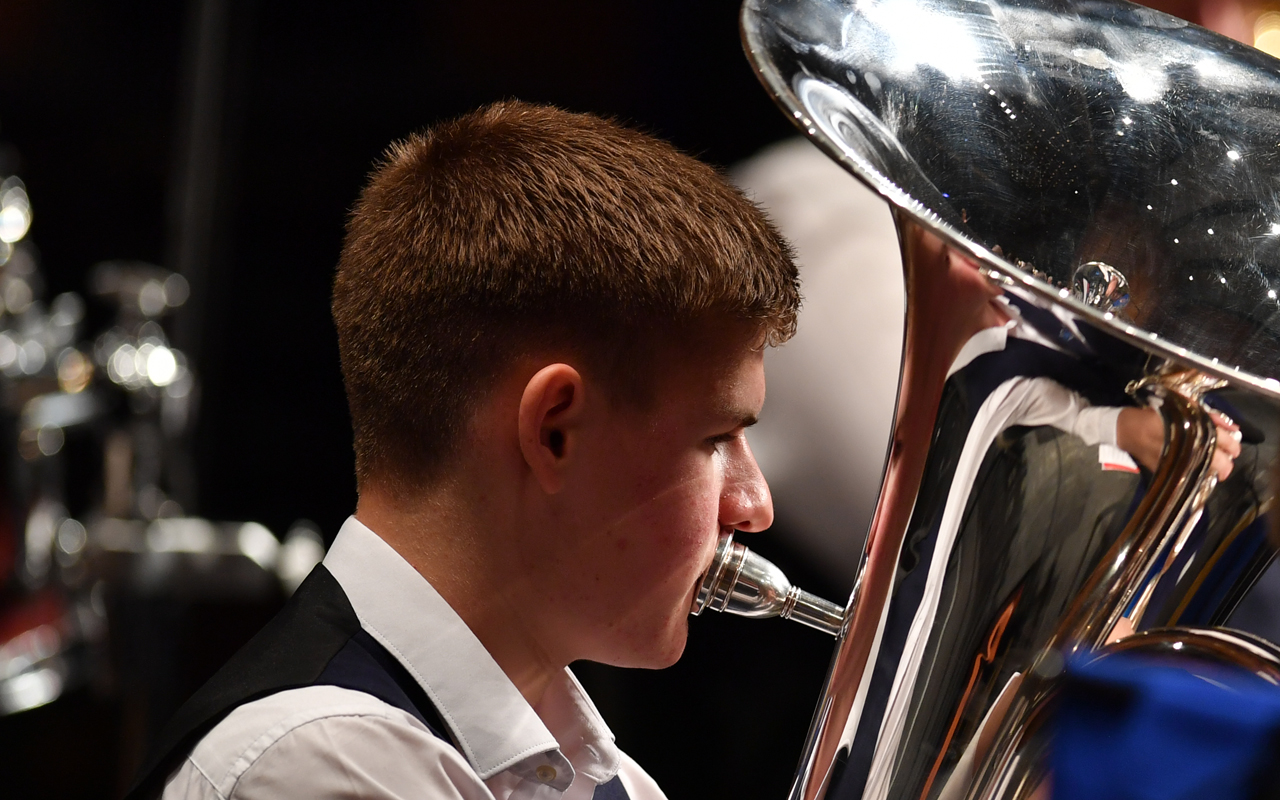 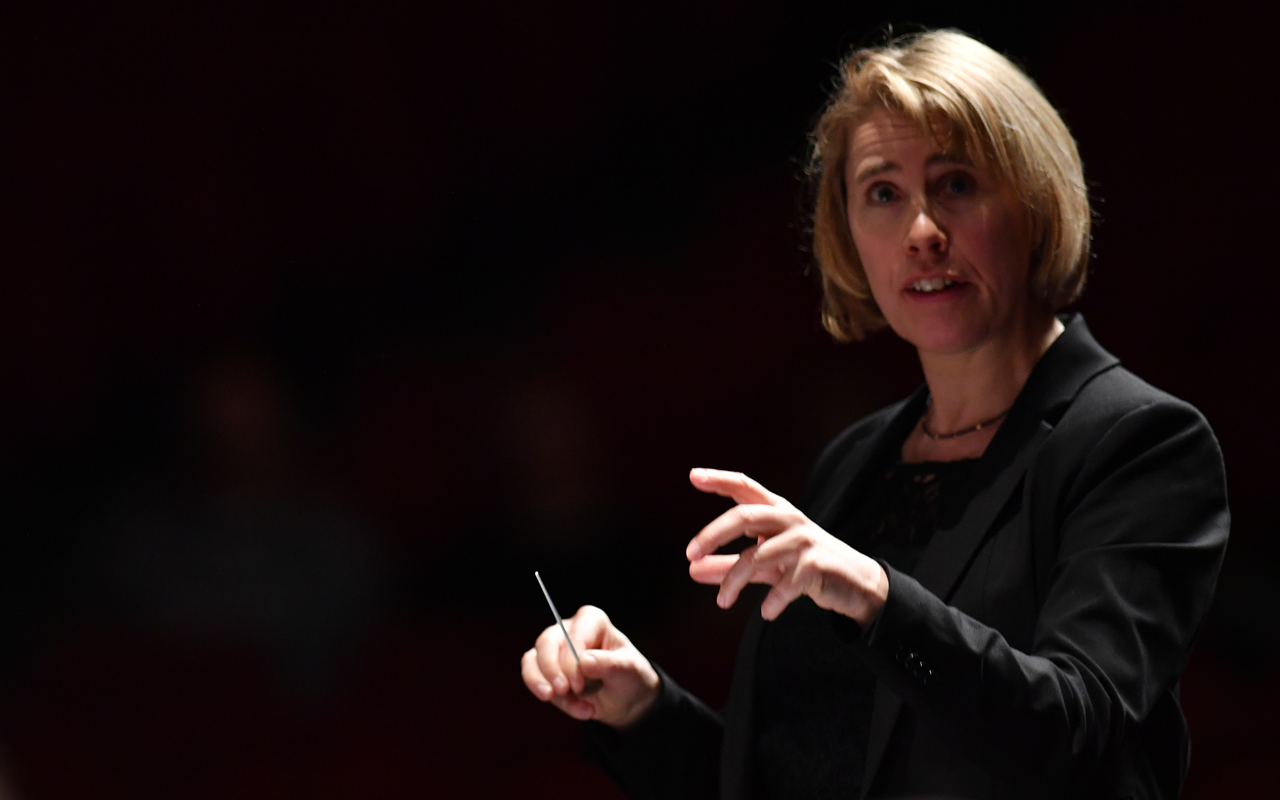 The contest gets underway with the first airing of this morning's set-test, 'Imsomnia', which takes its inspiration from Dante Gabriel Rosetti's famous poem.

The music is dark and nicely controlled by the MD, and we clearly hear the words of the poem (of which there are various ways this can be delivered) chanted by the players.

Various musical styles get portrayed throughout — from Baroque to Fusion jazz, and the band copes well with each. At its core is a feeling of restlessness and a torrid struggle to gain rest, before peace at last.

Paul Lovatt-Cooper's 'Fire in the Blood' is their other offering. This is music the band clearly enjoys playing. Well paced and with tasteful dynamics — with once again plenty to admire.

The principal cornet and euphonium stand to deliver their solo lines, played in relaxed mood. Then they up the ante; the tempo and the blood gets pumping through the musical veins to a rousing close. Not a bad way to start off the contest. They gave it their all. 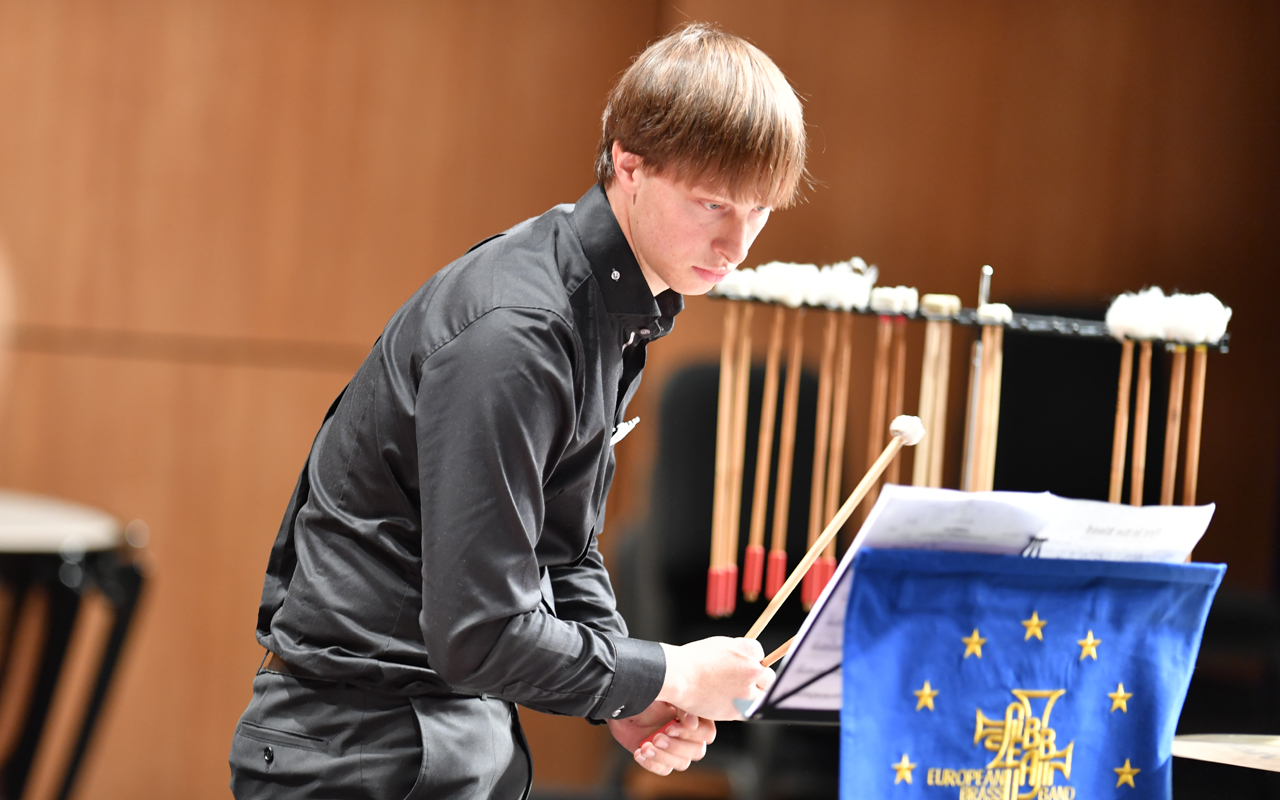 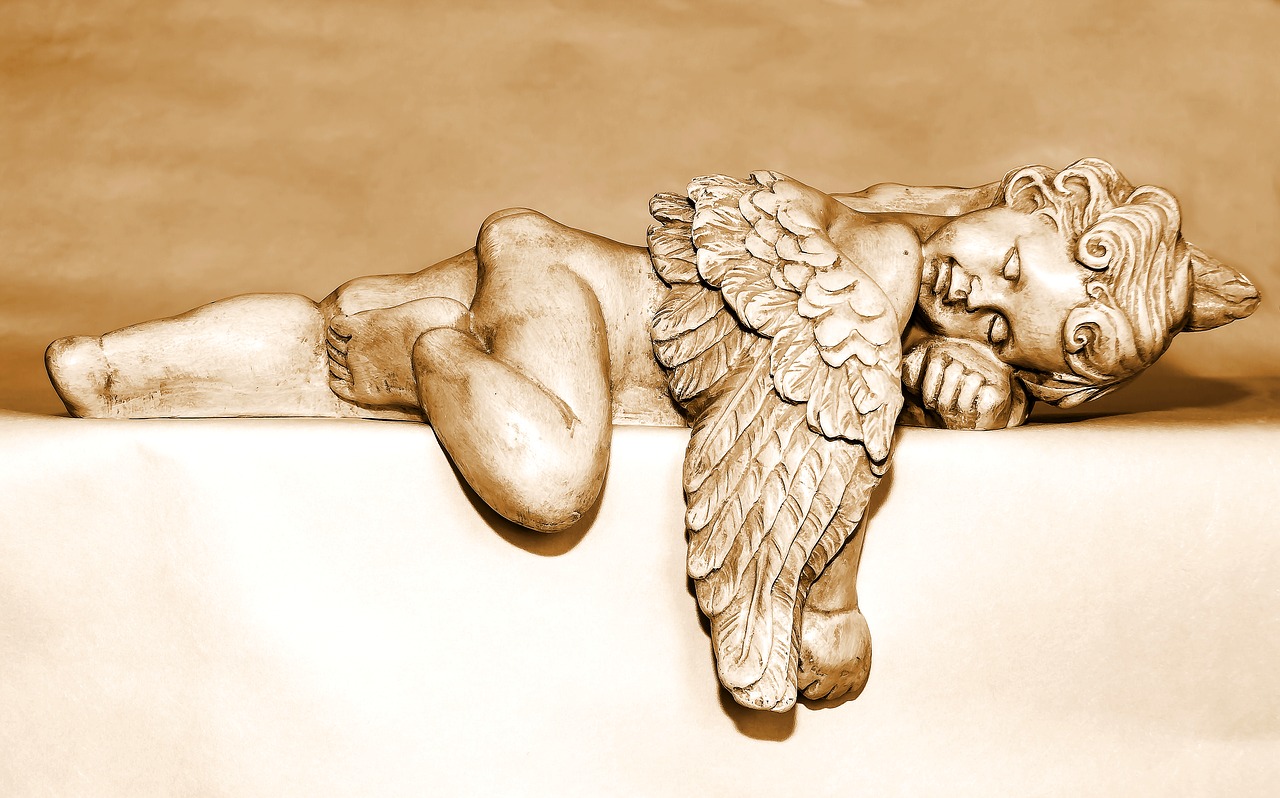 Test Piece: Imsomnia (Bart Picqueur) is based on the poem of the same name by English poet & painter Rossetti. Despite the title the work is a reflection, gentle and hypnotic; a sleepy and quite angelic work

Good morning from the Kursaal... 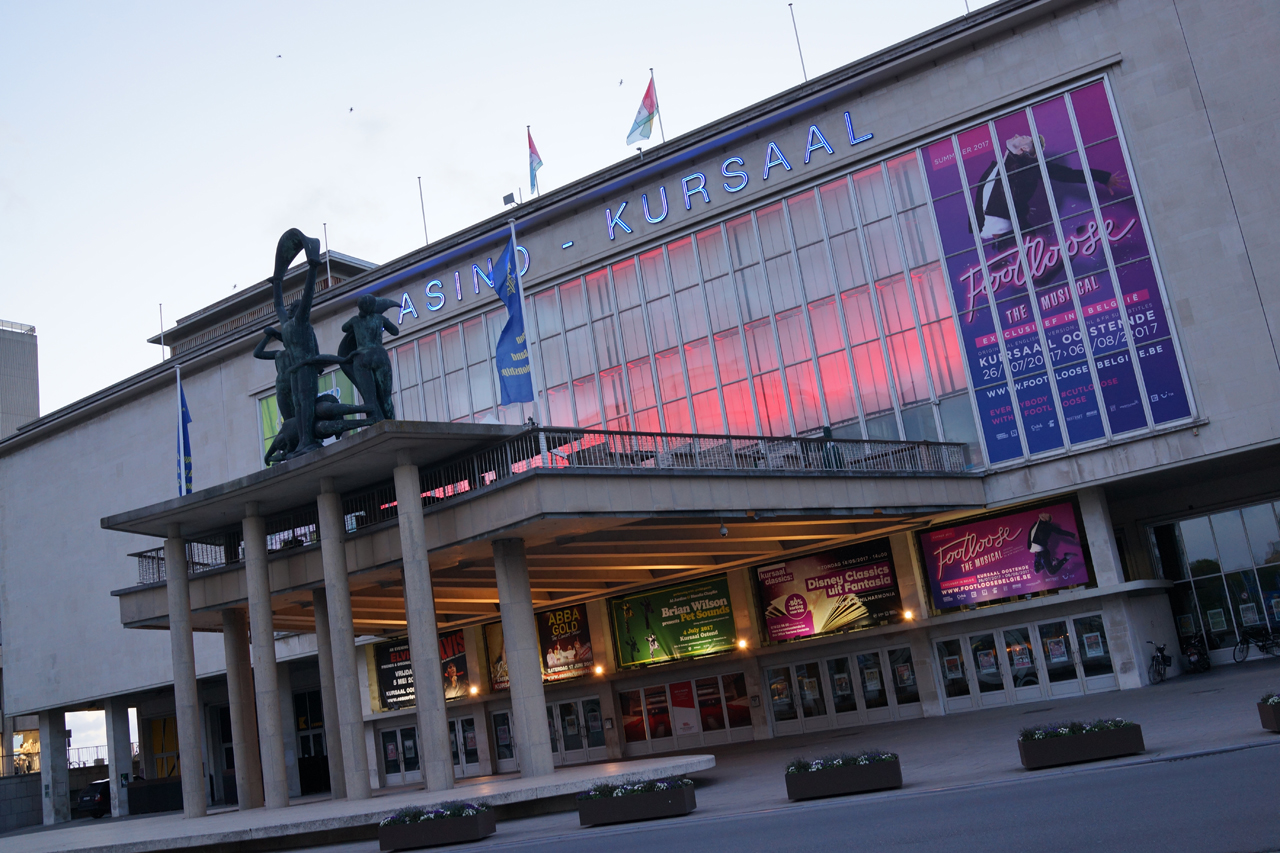 After a memorable Friday of the very highest quality of competitive brass band playing, we could be in store for an even better one today.

It's all kicks off at 9.00am with the six bands in the Challenge Section from Scotland, Germany, Lithuania, North Ireland, Italy and Belgium. They have to perform the set-work, 'Insomnia' by Bart Picqueur plus an own-choice work of their own.

The draw has also been made for the Championship Section own-choice selections, but they won't be put up until the judges are in the box.