4BR looks forward to the action in Freiburg where EBBA hosts the European Championships with a little help from the Higgs boson particle... 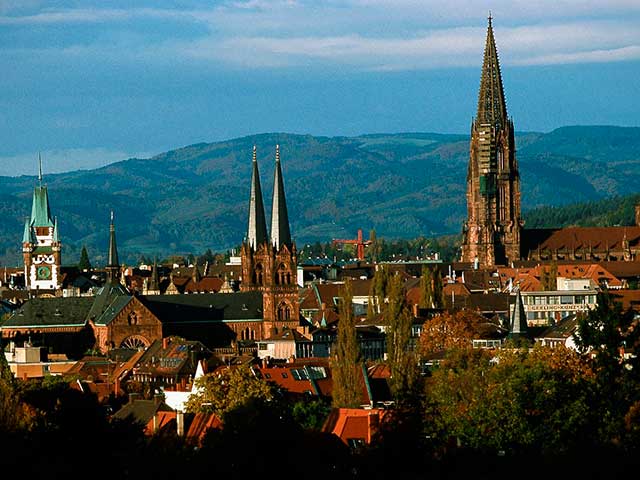 The 2015 European Brass Band Championship, (which starts on Wednesday 29th April) will take place in Freiburg, the historic German university and archiepiscopal city that straddles the Dreisam River on the edge of the famous Black Forest.

It is the second time the country has hosted the event - although much has changed since the last occasion in Munich in 1999 - not least the rapidly emerging brass band culture that this year sees the nation represented in the senior Championship and Challenge Sections, as well as the Development Section of the European Youth Contest.

EBBA can take a great deal of credit for its decision to ‘host’ the championship this year - and with the ‘ganz ausverkauft’ (all sold out) signs posted for the majority of the events, it should prove to be both a commercial as well as musical success.

The expertise that has been instilled by the likes of Kurt Bohlhalter, Arian Brun and their teams who have led the promotion and organisation has been first class.

The Konzerthaus venue is modern, spacious and welcoming, with the main Rolf Bohme Hall accommodating over 850 people in comfort. There is also plenty to do, see and hear from the Thursday evening onwards; from the European Youth Band and Composers Competition to the main senior contests and the European Youth Championship on the Sunday.

Lille, Ostend and Utrecht (hosts for the next three years) may have a hard act to follow. 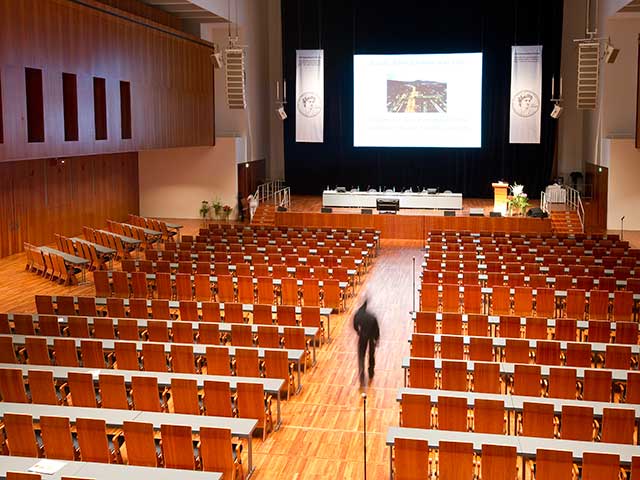 Nicely laid out.... in the main hall

The time table has been sensibly laid out - with the Youth Band giving the inaugural concert in Denzlingen on Wednesday evening.

The first major title will be decided on Thursday evening with the European Composers Competition, which sees works from the talented trio of Christian Overhead, Ludovic Neurohr and Stan Nieuwenhuis come under scrutiny in performance from the international panel of Thomas Doss, Rolf Rudin and Paul Hindmarsh.

It is Rudin himself (below) who provides the intriguing set work for the Championship Section on the Friday evening, with ‘The God Particle’ - inspired by the work under taken at the CERN Large Hadron Collider in finding the Higgs boson particle. 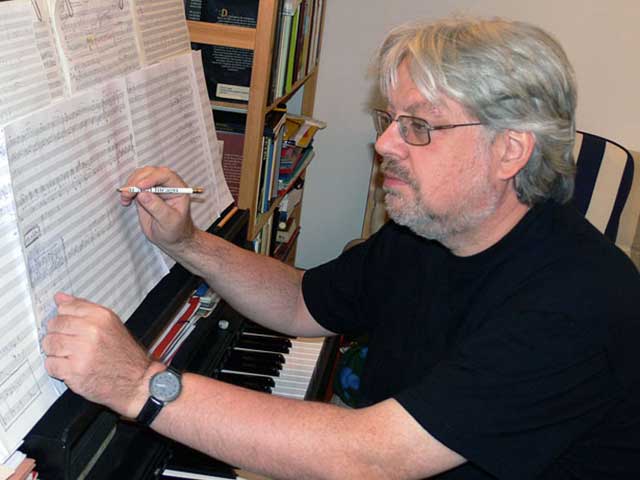 The ten competitors (led by defending champion Brass Band Bugermusik Luzern) will certainly be on a collision course of musicality if they are to capture the European title, especially as the own choice selections this year have a welcome sense of aesthetic about them - the usual mind numbing blockbuster premieres noticeable by their absence.

It is a change very much for the better - so plenty of great music for the adjudication panels of Thomas Doss, Marc Lys, Stephen Roberts, Garry Cutt, Christophe Jeanbourquin and Stig Nordhagen to enjoy in the box.

Meanwhile, the Challenge Section (Saturday morning), which still seems to exist in a musical form of quantum theory only understandable by EBBA boffins, sees six bands (with defending champion Brass Band Wipptal) take to the stage to play ‘Origenes’ by Carlos Cardenas as well as their own choice selections, which range from test pieces to concert works.

Saturday evening sees the Gala Concert and awards ceremony, before the Sunday is left to the 10 bands that take part in the Development and Premier Sections of the European Youth Championship.

That should prove to be a great occasion, with competitors from England, Germany, Scotland, Norway, Lithuania, Belgium and Switzerland vying for glory on the set works ‘Patterns’ by Edward Gregson for the Development Section and ‘Arcana’ by Kevin Houben in the Premier Section.

The 4BR team is making the trip as usual to cover the event, (follow us on Twitter too at: #EBBC2015) with plenty of video interviews and features to back up our live coverage of the action as it happens.

All this and you can also watch the main Championship Section (set work and own choice), Challenge Section and Gala Concert live for yourselves (costing €12.50 for the weekend) by going to http://www.hafabralivestream.nl 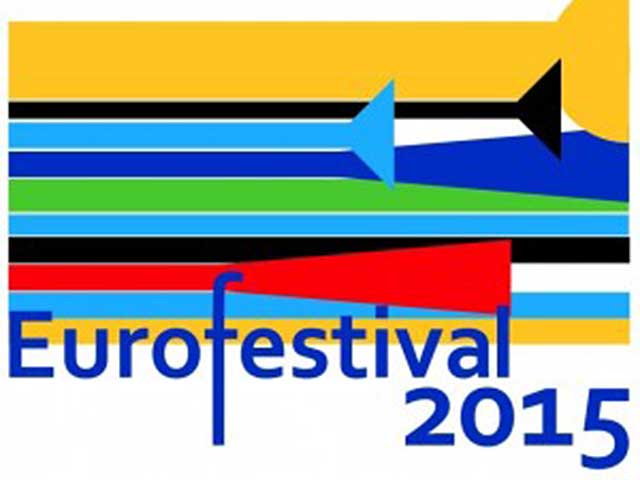