Our 4BR Special Award this year goes to the great Mike Shenton, the Secretary of Black Dyke Band. 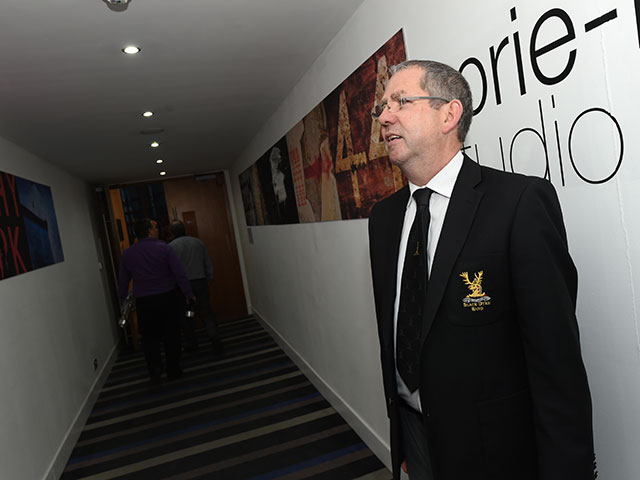 Waiting in the wings: Mike Shenton

Every band revels in the glory of victory. However, success only comes with hard work and commitment - and it is not just the players and the MD who have to put it in either.

The unsung heroes of the banding world are the administrators - the grafters who also sacrifice themselves to long hours in the bandroom, the dedication and the practice; the men and women who can never please everyone all the time, but do a remarkable job in keeping the vast majority of them in blissful ignorance of just what it takes to run a successful brass band.

One such man is Mike Shenton, Secretary of Black Dyke - the recipient of the 2014 4BR Special Award.

Like hundreds of others at every level in the banding world, he is an administrator who has the love of his band running through his veins - and as a result his contribution to Black Dyke’s ongoing success (and especially in 2014), is every bit as integral as that of the Director of Music, Prof Nicholas Childs or any player.

He may well be the man you see on stage representing the famous Yorkshire band at all the major contests - the one who in 2014 had the joyful experience of getting his hands on the British Open and National Championship trophies before anyone else.

However, he is also the chap who has to deal with the reams of daily correspondence that flood into the Queensbury bandroom; concert requests and logistics, new uniforms and merchandise, visitors, CD bookings, player registration, day to day finances, book the buses, sell the CDs at concerts, and polish those trophies...

It is his job to ensure that the Black Dyke juggernaut is working at 100% efficiency, before a note is blown. 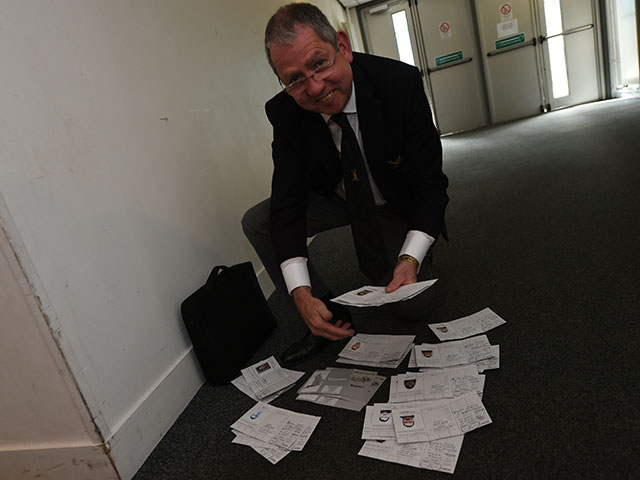 Another job to do...

Central to this success has been the very effective working relationship with the Prof Nicholas Childs - one that the Director of Music knows is key to a band that undertakes a performance workload that would be the envy of a professional orchestra.

Don’t be surprised to learn then, that he is also the bloke that most probably locks up the door to the bandroom after rehearsal each night and puts out the rubbish for the bin men to collect too.

A former cornet and euphonium player, Mike enjoyed banding success as part of the Ecclesfield Band that won the Fourth Section National title in 1978, before moving to enjoy further happy times with Stannington.

His increasingly successful professional career limited his time he could give to his banding passions, but he became involved once more at Rothwell on the administration side of things. 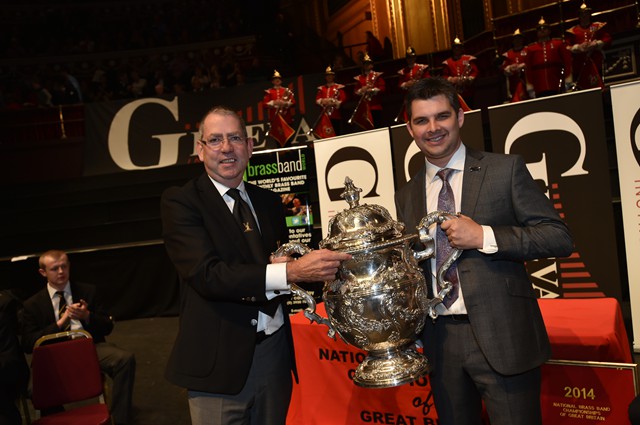 With his step-son Tom Hutchinson eventually joining Black Dyke in late 2006, and with a little more free time professionally, he was able to enjoy top class banding once more.

When the role of Secretary at Black Dyke became arose following the retirement of Geoff Whitely, the band had found the perfect person for the role.

Ever since he has been a stalwart presence; a friendly, highly professional part of the Black Dyke team. He is always welcoming and supportive, is one of the first to offer congratulations to others, and one of the first to ensure that the spotlight of success, when it comes, is reflected directly to the MD and the band.

Mike Shenton represents all that is good about brass banding - especially at what can be a very cut throat, elite level. He is the embodiment of countless others like him - selfless, passionate and dedicated.

In a year in which his beloved band claimed a historic ‘Double’, he is the most worthy of recipients of the 4BR Special Award.