No other conductor knows how to win a contest of two halves quite like Professor David King... 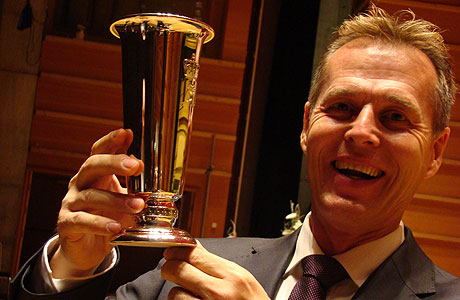 No conductor in the banding world has been able to master just what it takes to win a two-legged major contest than David King.

Since he first took to the stage with Black Dyke at the European Championships in 1990 he has competed at 26 twin discipline contests, winning no less than 18 of them.

Of the 52 performances he has conducted he has come out on top 19 times: 10 on the set work and 9 on the own choice.

No other conductor comes close.