4BR will be in Bergen to listen to the very best bands in Norway battle it out to see who will represent them at the 2013 European Championships in Oslo. 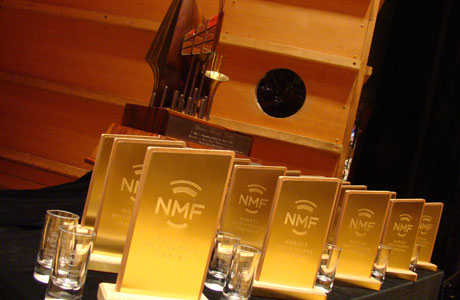 Perhaps the biggest ever audience for a major brass band contest will tune into watch the action unfold at the Grieg Hall in Bergen for the Elite Division.

Not only will the hall be packed to its red tongued rafters, but thousands all over the globe will surely tune in to watch the twin discipline contest unfold over the two days in the comfort of their own homes.

And with the opportunity to listen to reigning champion Eikanger Bjorsvik defending their title against current European champion Manger Musikklag, eight time winner Stavanger and a host of other top class rivals, you can see why you shouldn’t miss it.

The set work this year comes from the pen of one of Norway’s rising stars, Svein Henrik Giske – a young composer with highly respected reputation as something of a musical renaissance man.

His ‘Goldberg 2012’  is a very individual and individualistic work – terrifyingly difficult in terms of technicality, terrifically mesmerizing in its inventive musical language.

He knows the brass band and jazz mediums intimately – as a former player with Manger Folehogskule, Radoy and Eikanger, as well as being a highly respected freelance trumpeter and composer.

He’s also found time to conduct at these Championships too – taking Fjell Brass in the Third Division.

MD’s may have to combine a PhD level knowledge of applied mathematics to an intuitive sense of free flowing jazz, symphonic and orchestral idioms such is the kaleidoscopic melting pot of bubbling rhythmic detail and pulsating musicality found in Giske’s immensely challenging set work.

If they do, then they could well put themselves in pole position for the ‘free for all’ own choice selections on Saturday that will surely determine where the huge lump of wood and metal that is the Norwegian National Trophy will reside for the next 12 months.

And those works are real bobby dazzlers too: From the contemporary ‘Klang!’ and ‘Brass Blot’ to the European showstoppers of ‘Audivi Media Nocte’, ‘From Ancient Times’ – and whole host heavyweight bruisers from the pens of Peter Graham, Philip Sparke and Philip Wilby. 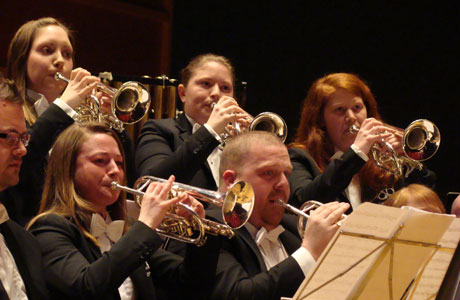 Can Eikanger retain thier title?

The defending champion Eikanger-Bjorsvik has once again teamed up with Professor David King, as they look to head to the Europeans in Rotterdam with the domestic bragging rights once more stamped in their passports.

The Australian is without equal in the twin discipline contest format (he has won this contest eight times), whilst an inspired Eikanger can perform with such a heady mix arrogant brilliance that they are nigh on impossible to beat on their own patch.

This year they have opted for, Jan van der Roost’s, ‘From Ancient Times’ to try and claim their 13th title.  If it comes off Eikanger could well be celebrating the best of times once more.

The strongest challenge to their title hopes will surely come from Manger Musikklag – the reigning European Champions, directed by the brilliant Peter Sebastian Szilvay.

The 2010 winners are an immensely impressive musical ensemble, so it comes as little surprise that they have opted to showcase Oliver Waespi’s ‘Audivi Media Nocte’ – the piece that laid the foundation for their European success in Montreux.

If they play as well as they did that day, then it will take some beating. 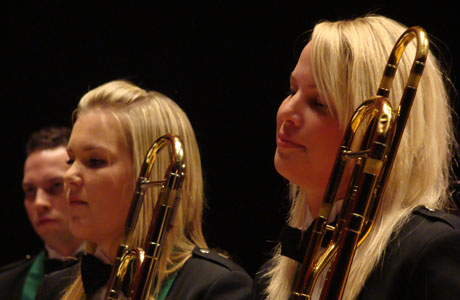 Something to dream about for Manger...

Stavanger’s last National victory came in 2007, but last year they once again showed their potential title winning form once more after a few lean returns.

Allan Withington’s band led into the own choice discipline only to fall away under pressure, but a year on they should be a much more formidable challenger as they seek their 9th title with ‘Vienna Nights’ – something of a favourite with the MD.

You have to go back to 1990 for the only time Krohnengen has claimed this title, but in the last two years they have battled for podium finishes and put in two impressive performances last year in particular.

Gary Peterson directs operations once more with hopes pinned on Philip Wilby’s immense ‘Revelation’ as their own choice selection.

The last time they played that here in 2002 they ended up as runner up, so can they repeat the feat?

The other former National winner hoping to regain the title is Ila Brass, who claimed victory in 1989.

Under Thomas Rimul they have become a classy contesting outfit, with three consecutive top six finishes. They are also something of a contemporary specialist too, and not afraid to venture ‘left field’ to showcase their talents.

This year they go with Orjan Matre’s intriguing ‘Klang!’ – a work used here as the set test in 2006. 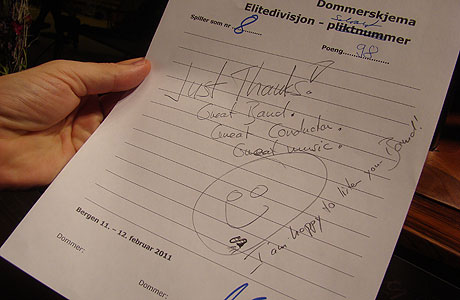 Molde is another solid National performer; hovering in and around the top six but capable of springing a surprise (they were 3rd overall in 2009 and posted a 4th place finish on their own choice selection last year).

Russell Gray returns again and has opted for the powerful 2010 British Open set work, ‘Standing on the Shoulders of Giants’ – an apt title if they were to end the weekend as 2012 champions.

One man who certainly knows that piece well is Ian Porthouse, who led Tredegar to victory that day on the Peter Graham work.

This year he makes his conducting debut at the contest (he was in the box 12 months ago) with Sola Brass, who will be looking to post their first top six finish courtesy of their own choice selection of ‘Music of the Spheres’ – a piece they know very well, having played it twice in the past three years here.

Oslo Brass meanwhile will be looking to show a return to form.

After making such an impression in 2009 when they were runner-up, the last two appearances have seen them rather surprisingly fall away – coming 8th last year.

Perhaps the change in direction at the helm with Andreas Hanson will herald a renaissance, especially on the own choice selection of ‘Red Priest’.

It may take a few extra prayers to hope for victory, but they are not a band to be under estimated.

That leaves the two promoted contenders from the First Section.

Jaren Hornmusikkforening has gained promoted to the Elite Division three times since 2000, (this year on the back of winning the First Division title) and they have opted for a very British combination to help make a lasting impression this time around.

Dr Howard Evans will be making a welcome conducting appearance whilst Philip Wilby’s masterful ‘...Dove Descending’ is their own choice selection.

That just leaves Kleppe Musikklag, who will be making their Elite Division debuts under the direction of Rune Hannisdal.

Winners of the Second Division in 2009, they have made startling progress since and last year pushed Jaren all the way to the First Division title.

They have opted to perform the former European Championship set work, ‘Brass Blot’ as their own choice selection.

A difficult one given that fortunes can wax and wane over the two legs of this contest – as was seen last year.

It promises to be one heck of a battle, but we have the inkling that Manger may just have the edge this weekend in what promises to be a titanic clash with Eikanger. The title could well be decided by the narrowest of margins.

Stavanger should push both rivals all the way, and could well sneak into pole position if they falter under the pressure, whilst Krohnengen could lead the challengers in filling the top six places from Oslo and Ila. Our dark horse is Molde.

Own Choice Selection: On the Shoulders of Giants (Peter Graham)

Own Choice Selection: Music of the Spheres (Philip Sparke)