And you think 4BR knows how to pick a winner at the Grand Shield... 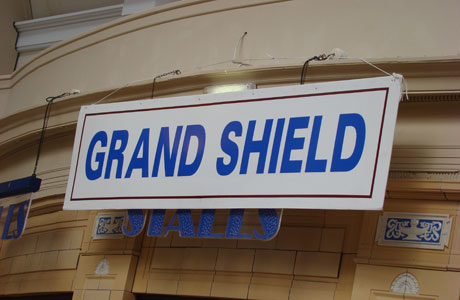 This is a true story about the usefulness of so-called ‘banding expertise’.

Two blokes walk into a bar in a Blackpool hotel and ask the barman for a pint.

While they are waiting for it to be poured they talk about the forthcoming Grand Shield contest and the chances of some of the rival bands.

Next to them at the bar is a short bloke with a quizzical look on his face.

He seems to take an inordinate amount of interest in what the two men are talking about, until he can contain himself no longer.

”Sorry to interrupt,” he says. “But are you talking about brass bands?”

“Yes”, the men reply, at which point the bloke reveals himself to be a BT telephone engineer in town to take his kids on the fun fair rides at the Pleasure Park.

”I know a bloke who conducts a band,” he chirps – the usual conversation signal point for the two blokes to resign themselves to yet another story about a man who thinks ‘Brassed Off’ was a Panorama documentary about working class musical life and not a middle class media inspired farrago of whimsical patronising nonsense.

Not so however - as he goes on to say that he knows nothing about bands other than the fact that 24 hours earlier he had installed a telephone line to a house in Denshaw for a bloke who said he was a conductor of a band called, ‘…Black something or other…’

”A nice bloke,” he adds. “Made me a cup of coffee and told me that he was hoping to win some big competition this weekend.  Do you know him?”

”Nick Childs,” the men say before ‘BT Man’ can rack his brain to reveal his client’s name.

“That’s him,” he says with surprise. He was pretty confident about his band winning this big competition this weekend. He seems to know what he was talking about.” 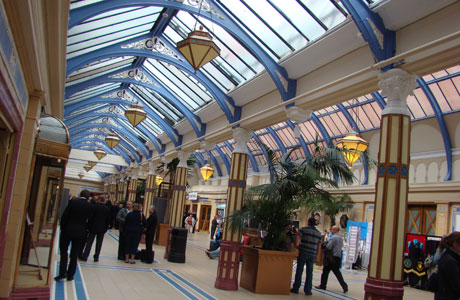 New look - Blackpool has had a few bob spent on it this year...

And before the duo can add anything to their companions growing sum of banding knowledge, BT Man adds -  “I fancy him winning the competition though.”

30 minutes later, and after a discussion that encapsulated complete mutual incomprehension on the twin subjects of closed adjudication and multi trunk fibre optic connections, he bids farewell with what the two men thought was a totally misplaced belief in his ability to pick a Grand Shield winner before a note was blown…

“I’ll bet you a couple of pints they win tomorrow,” he chirped as he swayed towards the lifts. “I’ll be looking for you if they do. I’m going to put a tenner on them at the bookies.”

Reg Vardy left Blackpool crowned as Grand Shield champion, whilst Nicholas Childs returned home to his new telephone connection in Denshaw with yet another title to add to his CV.

And a BT man on a weekend break with his kids was left to look for two blokes who thought they knew about brass bands in the vain hope they would buy him the pints they owed him.

Now I’m sure the 4BR phone is now being bugged…