4BR looks back at the 2011 Europeans and an event that certainly showed where the money was spent... 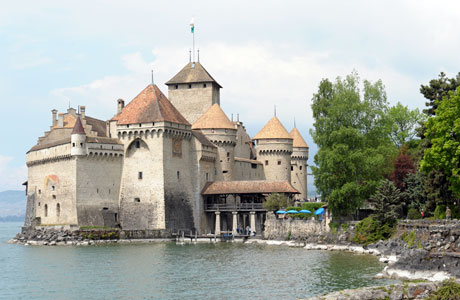 From the opening ceremony in a castle on the banks of Lake Geneva and paddle steamer trip back to hall, right through to the Farewell concert, the huge investment involved in hosting the 34th European Brass Band Championships in Montreux paid off magnificently.

The sense of professionalism that permeated throughout event was plain to both see and hear – from the standard of the competing bands to the organisation of the week- long festival which was run with the precision of a Swiss railway timetable.

This was a European worthy of the name. 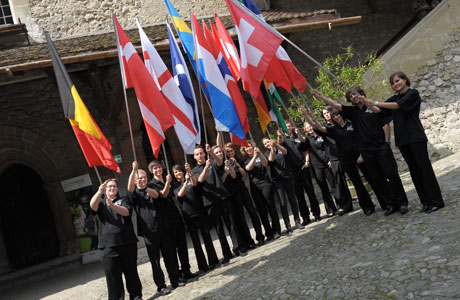 Flags of all nations

Shudder down the spines

It was also a festival that may well send a shudder down the spines of future organisers too.

Will the Dutch for instance be able to attract the same number of listeners to its newly refurbished De Doelen Hall for the Elite bands let alone the B Section and ancillary competitions as was seen here?

What will the Norwegians now do to attract visitors to Oslo following the news that their 2013 event has been moved from its iconic ‘iceberg’ design Opera House?

And how will the Scots project a sense of grandeur about their event in the compact surroundings of Perth in 2014?

Montreux lavished money and expense on the European (although not on the trophies given to the bands, which were as cheap as anything you get for winning at darts down your local pub) – and it showed: It was very, very impressive. It will also be a very hard act to follow. 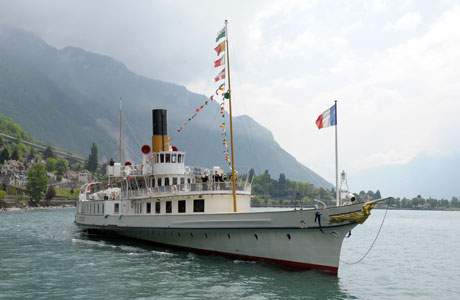 The SS Suisse paddles back to Montreux

It is now an event that has decisively moved away from its intrinsic British roots – although there were rumours that there may well be a new bid to host it back in England in the not too distant future.

The days of single weekend contests in sports halls and crumbling contest halls are a thing of the past, although how the event will have developed further by the time it may return to Albion’s shores is an intriguing question.

It is hard to think of another country (not even the prosperous Norwegians) that could have delivered such a spectacular event. There was a touch of the grandiose on occasions, but you couldn’t fault the sense of pride the Swiss took in showing the banding world just how good they were in being such welcoming hosts.

Montruex was expensive (even the programme cost close on £10 – and a pint was an eye watering £8.00 or more) but the magnificent Stravinski Auditorium at the Montreux Convention Centre still attracted large, appreciative audiences – many from around Europe.

What you got for your money was first class accommodation, excellent facilities and music making of the highest class.

The Swiss, led by the urbane Kurt Bohlhalter deserved every plaudit that came their way. 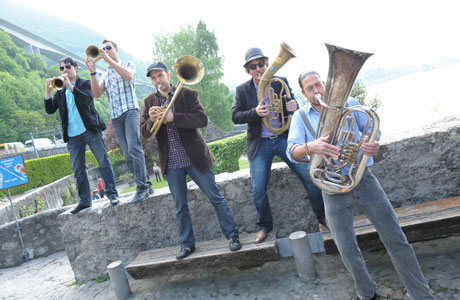 Funky entertainment was always on hand...

Meanwhile, EBBA has also worked hard to secure long term sponsorship and partnership agreements to get the basic financial foundation of the organisation secured for years to come.

It has looked to integrate itself in the mainstream of headline European cultural events.

The emphasis is now on making the festival (it is no longer referred to as a mere contest) an intrinsic part of bids to secure significant EU funding for ‘City of Culture’ events etc.  It is no longer a stand-alone competition.

That was seen in microcosm by the 5th Conductors Competition, which not only attracted young conducting talent from around Europe, but widened its scope to seek a winner who could not only direct a brass band on a old classic test piece, but who also had the skill set to direct a wind and chamber orchestra too.

The traditionalists may have been up in arms about that, but as a result the competition attracted over 7,000 Euro of prize money and 17 high-class participants.

On the other hand, the B Section remains an absolute dog’s dinner of a mess – as far removed from its original intentions as the thought of getting the competing bands to play own choice pieces with ‘a national flavour’ as was the case at the very first European in 1978. 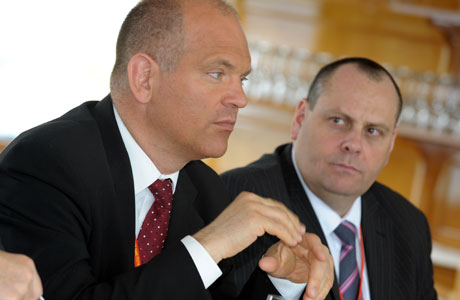 Despite the encouraging support shown by the local audience, the competition had no sense of purpose other than to provide the Swiss with a European Champion – although a very good one it must be said.

For their part EBBA has stated its intention to look closely at the future make up of the event. It is well overdue a major overhaul, whilst they may care to finally rid the elite contest of having a box for the judges too.

Asking the audience to show their appreciation before and after bands play is admirable, but was as pointless as a Swiss chocolate teapot when it came to maintaining anonymity, when well meaning hollering and national shouts of support filled the air when supporters greeted their heroes on stage. 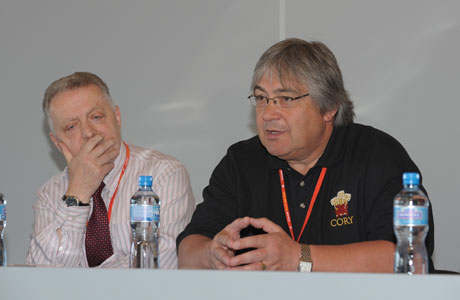 Bob Childs looks to the future at the EBBA Forum

You can’t tell us the judges didn’t know who was who – even some of the scores were printed with the names of the bands the pieces were written for still on them.

It didn’t take a brain surgeon to work out who was playing what.

There was a fine selection of top class judges employed by EBBA in Montreux; They didn’t deserve to have their musical intelligence insulted. 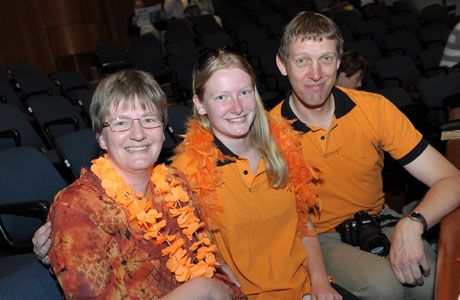 Supporters flocked to Montreux from all over Europe - especially the Dutch

Elsewhere, the annual European Forum centred on the future of brass bands and their repertoire – an interesting topic that never really got off the ground thanks to time constraints and an oversized panel.

It was a pity, as there were kernels of ideas that EBBA could well have taken note of – especially the intriguing thoughts on future instrumentation and the numerical composition of what may constitute a future European winning ‘elite’ band.

The European Youth Band meanwhile remains a wonderful symbol of EBBA’s desire to secure the involvement of future generations.

Those young players 4BR spoke to found it a life changing musical experience. 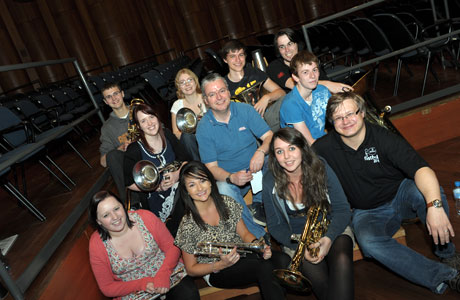 In its way that will be the lasting memory of the 2011 European Brass Band Championships – the sense of musical change.

Montruex may well have shown us just what exciting possibilities lie ahead for an festival that can provide substantial long term financial investment in musical excellence.