Redbridge has reigned supreme in Stevenage of late — so is it time for a coup d'etat? 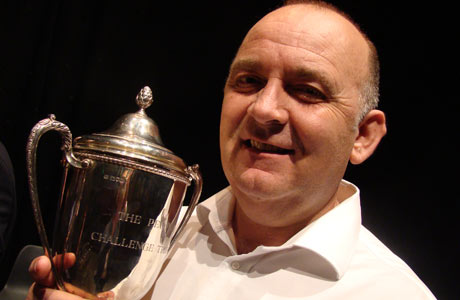 Redbridge reign supreme at Stevenage it seems – and to be fair they have been good value for their domination over the past decade.

So, can any of the 11 rivals initiate a coup d’etat and knock them off their perch on Sunday afternoon?

It would seem unlikely despite the fact that they have been unable to translate that domestic domination into something of note at the Albert Hall.

Last year Redbridge and Aveley & Newham (the fourth time in six years that the pair have gained qualification) made the short trip to Kensington to end 12th and 17th – the fifth year in a row that the qualifying duo has only managed midfield finishes.

It seems the Albert Hall is not a happy hunting ground, and whilst it is more understandable that there is no British Open contender (getting to Birmingham requires a large slice of luck as well as a cracking performance at Blackpool), just one top 10 place since 2001 against the varied opposition at the finals is a poor return in anyone’s book.

Perhaps the reigning champion needs to be pushed harder here then, as they have been pretty comfortable victors on more than a couple of occasions in the past few years.

2010 was a case in point (although it was still a classy winning performance), although that victory still couldn’t be translated into a breakthrough season at other major events – with a mix of hard luck and poor form seeing them provide inconsistent end results from the Grand Shield to Brass in Concert.

Butlins once again showed the tantalising promise, which if repeated here should be more than enough to claim another crack at the big prize at the Albert Hall - most probably as a five in a row winner.

As for who will possibly join them by catching Denis Wilby's (no relation to the composer) ear?

Aveley & Newham should start out as favourites once more, despite pretty average returns at the Masters, Senior Cup and Yeovil early this season.

They have been rebuilding over the past couple of years and whilst not quite the finished article, they did put one over their rivals at the Albert Hall.

Wantage Silver will surely fancy their chances after claiming a podium place 12 months ago and going on to post a solid midfield finish at the Senior Trophy.

They also won at Folkestone but failed to sparkle at Yeovil at the start of the season.

If there is to be a new name on the Regional trophy then it could well come from Zone One Brass.

They were a little unfortunate they didn’t make it to Kensington last year and went on to show their abilities by claiming a top six finish at the Masters and came runner up at the Senior Trophy.

They were just a touch undercooked at Butlins earlier this season, but the potential is there, if they have been able to put in the concentrated practice required to master Wilby’s iconic work.

One band that will surely come full of confidence will be Friary Guildford after they claimed the First Section National title in Harrogate.

Chris King and his band delivered a highly polished winning performance there - one that was built on the foundations of an earlier top six finish at the Senior Trophy.

10th place at Pontins and 8th place at Yeovil still shows they have some way to go to really be considered potential qualifiers, but you never know.

Norfolk Brass delivered a confident performance last year in claiming 5th as they returned to the top section for the first time since 2001.

However, they know they will have to up their form from a lowly 15th at Pontins if they are to challenge for a possible podium spot this weekend.

KM Medway meanwhile will be keen to produce another consistent performance after claiming their third consecutive top six finish under Melvin White.

Sandhurst Silver will hope to build on an encouraging performance at the Wessex contest late last season where they came 2nd behind recently crowned West of England champions Woodfalls.

Peter Bassano swaps his adjudication hat for that of a competing MD with Clacton on Sea Co-operative as they seek to push for a top six place after falling from 4th in 2009 to 9th last year.

Meanwhile, Regent Brass has been making rapid progress under the baton of Alan Duguid, who later this year heads to the European Conductor’s Competition in Montreux.

They ended up 13th at Harrogate, so are sure to know they are making a substantive step up in class.

Finally, two bands that need to post decent returns to fend off any potential relegation threats.

City of Cambridge, who produced a solid performance last year in coming 8th, and Milton Keynes (MK) Brass who were 12th will need to work hard if they are not to lose their top section status.

If they play to form then it is hard to see Redbridge being beaten – they have the ability to put clear blue contesting water between themselves and their rivals on their day.

Zone One though could well push them hard if they have been able to put in the detailed practice required on this piece, whilst Aveley & Newham and Wantage will be snapping at their heels if anything should go wrong.

Friary Guildford and KM Medway should make it into the top six, with our dark horse of Norfolk Brass lurking on their shoulders.

How London & SC bands did at the Finals: