With just the five bands making it to the starting line up there's not much of a song and dance to enjoy on Sunday morning... 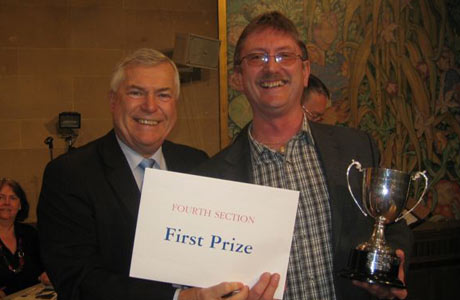 The bedrock of Welsh banding is in a pretty parlous state at the moment, with just five bands making it to the starting tape for the Fourth Section.

In 2001 there were 22 bands registered in the grading tables and 11 taking part in the contest itself – from Llanelli and Crwbin in the west, to Severn Tunnel in the east, Conway and Menai Bridge in the north and Cwm in the east .

Despite the hard work of the Regional committee, it’s a real worry.

Whilst its great to see Ystradgynlais and Cwmbran return for the first time since 2009 and 2007 respectively, two of the other competitors are essentially development ensembles for bands who have recognised that they have to invest in youth if they are to survive into the next decade of the banding century.

All we can hope is that Pontypool, Rhyl and Upper Rhondda return after playing last year, whilst others such as Ruthin, Cwmtawe, Harlech, Knighton, Gwernafield and Abergynolwyn can be encouraged to return as soon as possible.

As a result success has been patchy at National level, although Beaumaris B took the National title in 2000 and there have been seven top six finishers since.

Quality not quantity then?

The good news is that C Brian Buckley (right) should have some decent performances to enjoy, with all five bands hoping to build on recent contest outings.

Four played at the Welsh League contest in Blaenavon, where Oakdale came runner up in the Fourth Section, just ahead of Abertillery Youth and Cwmbran, whilst Ystradgynlais posted an encouraging 6th place in the Third Section.

Melingriffith 2 didn’t compete there, but still ended the season tied as joint runner up with Abertillery in the overall Welsh League standings.

Two from five to go to Cheltenham may seem good odds, its just a pity they weren’t made a bit longer with a few more competitors.

With just the five we will come straight out and go for a top two of Melingriffith 2, Ystradgynlais, with Oakdale, Abertillery Youth and Cwmbran close behind.

Good luck to them all.