The clearest winner of the weekend came in the Third Section — although the MD of Sidmouth missed the chance to celebrate on stage... 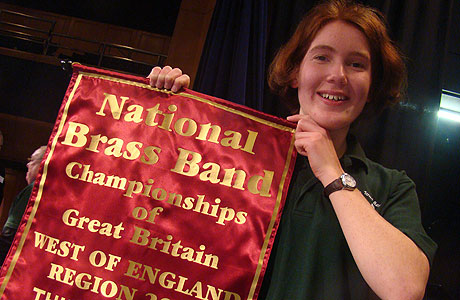 The clearest winner of the whole West of England weekend came on Saturday afternoon, when Sidmouth Town conducted by Adrian Harvey, produced a stamp of authentic class to take the Third Section title in considerable style.

Until they had played from the late number 10 draw the contest was wide open: After they played, the first prize of £200, the trophy and the winner’s banner had their name on it in big, bold capital letters.

Philip Wilby’s ‘A Little Light Music’ had caused no end of troubles from the word go, with Sidmouth the only contender to deliver the opening fanfares with the degree of precision and security required.

A bright ‘Clog Dance’ was followed by a warm lyricism in the middle section, and a well paced colourful ‘tarantella’, all topped off by ensemble control in the reprise to close.

No other band really came close to denying them their second successive title.

On this form they will be a band to watch out for come the finals in Cheltenham. 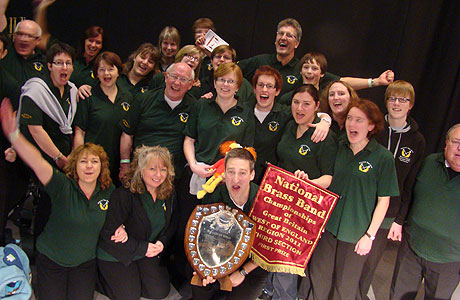 Despite only having three basses (but augmenting the numbers with an extra baritone), they produced a lovely ensemble sound, and allied to secure soloists (especially a fine soprano and solo cornet) the MD was able to bring extra touches of quality in dynamics and neat phrasing (the ‘tarantella’ was played with real bounce and free flowing style).

There was no doubt about the ‘convincing winners’ in the opinions of the judges, Ian Brownbill and Kevin Wadsworth.

The judges also had a fairly straight forward task in picking out the band that qualified with them, as in their opinion, the early marker off the number 1 draw from Downton Brass was as Ian described, ‘a good second’.

They also took to the stage with the three tubas (and sat in a slightly odd formation with the horns to the conductors left), and whilst they took time to recover from a very un-regal like ‘National Anthem’  (the tune never sounds great on a glock) they soon delivered a quality marker, with the flugel horn leading the way in fine fashion.

Behind the top two, the judges would have had a much harder task separating the contenders out, as the overall standard fell away appreciably at times.

In the end they plumbed for Weston Brass under Anthony Osborne, with a well worked account that featured solid individual contributions most notably from the soprano and flugel horn.

It was a performance that held together its constituent parts with a degree of authority. 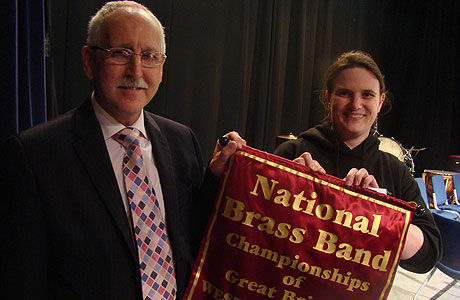 On our way to Cheltenham for Downton

Behind them, Bream Silver under Huw Cole recovered from a poor start with a precise ‘Clog Dance’, although the directional cornets at the end of the slow movement heralded a period of uncomfortable tuning.

It clawed its way back in the ‘tarantella’ but the damage to their qualification chances had been done.

With the sound of some of the performances coming through the doors at the start of Denmead’s performance, Estelle Flood did remarkably well to keep her concentration – as did the great little girl on the timps who gave it her all from start to finish.

Just a few too many scrappy moments took the gloss of a well worked performance as they ended in 5th.

St Stythians meanwhile just got a little too robust in places – with the five tubas providing a purposeful foundation and the enthusiastic percussion team doing their bit to add colour and a bit of spice to their rendition to come 6th.

There was a noticeable gap between these bands and the rest of the field, with Gillingham Imperial overcoming an errant percussion entry right at the beginning of their performance to close the contest in 7th place. 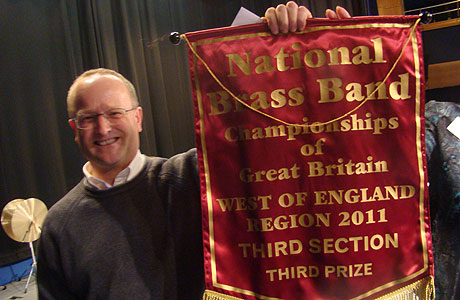 Just missing out this time for Weston Brass

Tewkesbury meanwhile took the opportunity to play to the Wilby score and stand for the opening fanfares in what was a lively, if slightly scrappy account in coming 8th, whist Weymouth Concert Brass followed suit only to find that they too delivered a performance that had a few too many structural errors in it to have come any higher than 9th.

The bottom two bands did struggle, but the youngsters of Test Valley Brass gave it their all under Steve Dunster to come 10th whilst Pillowell Silver just found it tough going despite some brave individual contributions to end in 11th.

For the winners though, no such problems and a performance that must rank as one of the most confident and complete we have heard so far on our travels.

More of that come Cheltenham and they could well be celebrating an even bigger prize.