Seven bands make it to the starting blocks here looking to improve their Swiss inspired variations to get to Harrogate. 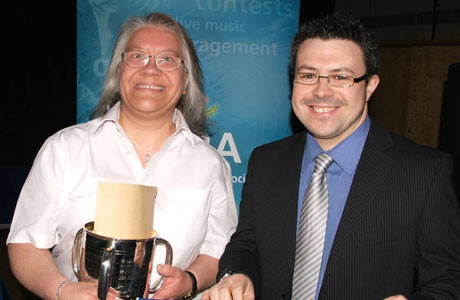 The Fourth Section has become something of a short and sweet affair in the past few years and it’s the same again – although the good news to report is that it will also see the appearance of a brand new band to these championships - Callandar Brass.

Looking to the future

Formed in August 2008 they are making their contest debut under the baton of Ian Milligan and with an organisation that is certainly looking to future, it is hoped that this will be the first of many visits to this event.

The seed corn has been sown at Fourth Section level by SBBA, but it is taking a little while to flourish.

Back at the turn of the Millennium this section could boast up to 14 entrants, so it is little wonder that whoever has qualified from here of late has struggled somewhat at the finals themselves.

This year the bands will have to get to grips with John Golland’s deceptive ‘Prelude, Song & Dance’, which will test the basics of good brass band musicianship for certain – as well as the ability of the bands to purchase a siren!

Melvin White and Peter Bassano should enjoy themselves then.

The two relegated bands will be looking to make a speedy return whence they came with Dundee Instrumental looking to make their first finals appearance since 2007 under the baton of John Tonner.

McTaggart Scott Loanhead meanwhile suffered relegation after a long period in the Third Section and will look to bounce back after coming 11th at the Scottish Borders Contest.

Stuart Black is picking up the plaudits with his work at Penicuik and will be keen to push his band towards a long overdue finals appearance after coming 4th last year, whilst the same applies to Queensferry Community after the consistent outfit came 5th on their last appearance here.

It’s good to see Dysart Colliery back again under the baton of the experienced Gavin Lindsay, whilst Tayport Instrumental will look to push for a qualification berth on the back of a solid performance at the Scottish Shield late last season.

Always difficult to pick a winner at this level at the best of times, but our spies suggest Tayport Instrumental could be the band to watch out for and may well be joined in Cheltenham by Penicuik.

We opt for McTaggart Scott Loanhead and Dundee Instrumental to push them all the way followed by Queensferry Community and Dysart Collery. Our dark horse is of course Callandar Brass.