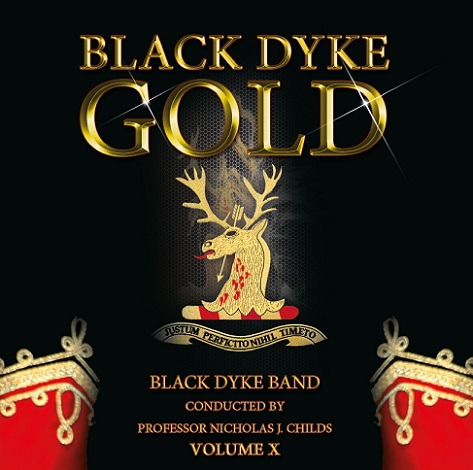 The final nuggets of gold from Black Dyke's rich seam of concert repertoire have been unearthed to bring to close a series that has been successfully mined by the Queensbury band for decade.

From the first CD in 2012 to this in 2022, it has comprised well over 110 different compositions, no less than 13 major test-pieces,  25 or more featured soloists and countless composers and arrangers – both new and established.

The odd lump of musical iron pyrite has occasionally surfaced, but the desire to record openers from James Ord Hume to Bruce Broughton, overtures from Mendelssohn to Sparke, quirky oddities to traditional brass band classics has been admirable.

The ambition to also include major works as diverse as ‘Resurgam’  to ‘The God Particle’,  ‘Labour & Love’  to ‘Heroes’  has unquestionably been even more significant as an achievement. No other band, and more pointedly, no other MD, could have shown the determination to complete the process.

However, with listening habits – even for Black Dyke’s most dedicated ‘Pondashers’ changing, you wonder if this may well be the last of its kind.

The ambition to also include major works as diverse as ‘Resurgam’  to ‘The God Particle’,  ‘Labour & Love’ to ‘Heroes’  has unquestionably been even more significant as an achievement. No other band, and more pointedly, no other MD, could have shown the determination to complete the process.

For this release, the 'New Beginnings’  test-piece from Fredrick Schjelderup doesn’t quite have the weight of musical substance as some that have gone before, but it still adds an engaging vibrancy to the final offering.

Elsewhere, Eric Ball’s ‘Star Lake’  and Respighi’s ‘The Pines of the Appian Way’  bookend things with familiar seals of lasting quality, whilst the trio of soloists add their name to a long list of high-class performers who have featured over the years.

A flamboyant Daniel Thomas pops the eyeballs on ‘Zigeunerweisen’,  whilst Michael Cavanagh and Siobhan Bates play with accomplished artistry on ‘Carrickfergus’  and ‘Upon Green Vales’  respectively.

The brace of John Rutter works newly arranged by Luc Vertommen (‘The Gift of Music’  and ‘The Peace of God’) are tender inserts amid the glitterball sparkle of the 'Strictly Black Dyke’  trio, ‘A Fantasy of Joy’  and ‘Above and Beyond’.

That final long road march home to the Rome of Queensbury - triumphant, if slightly exhausted in inspiration after 10 years of repertoire exploration, test piece challenges and showcase solos is an entirely appropriate way on which to end.