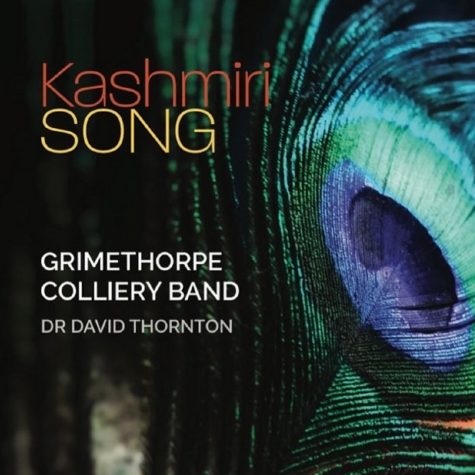 There is an adventurous essence of Lewis Carroll about the latest CD release from Grimethorpe Colliery Band.

Delve into the 16 tracks and the curiouser and curiouser it seemingly becomes - a musical wonderland of detours and diversions, unusual and individual, serious and absurd, vivid and beautiful.

A mature instalment of English ‘Pomp & Circumstance’  sits alongside a series of beguiling Scottish memories of youth and the music hall absurdities of carnivorous child neglect, whilst the serious minded individualism of Helen Perkin contrasts with the filmatic colour of Richard Rodney Bennett and the dark edged fog-horn whimsey of Malcolm Arnold.

Even the finely delivered title track solos from Mark Walters and Iain Culross deliver the unexpected; the brace of ‘Songs’  from Amy Woodforde-Finden’s ‘Four Indian Love Lyrics’  musical snapshots of an Edwardian empire of drawing room Elgar and Kipling reserve rather than the exotic hinterlands of Jhumra Tal and Rajasthan.

Although seemingly anomalous, David Thornton skilfully draws a rich sense of connective style from the music; the patrician tread of Elgar and the picaresque fun of Roger Payne’s ‘Burlesco’, to the glittering waltz chuff of Richard Rodney Bennett’s ‘Murder on the Orient Express’   and the tender familiarities of ‘Lullaby My Jesus’  and ‘Nimrod’.

Not too sure though that a modern-day social services department, let alone an audience who doesn’t know who Stanley Holloway, let alone Marriott Edgar was, would find the absent-minded childcare provisions made for young Albert on his visit to see the lion at Blackpool Zoo quite as funny. Some things are best left to repeats of ‘The Good Old Days’.

Much to admire however about the care taken with the rarely heard delights of Buxton Orr’s ‘A Caledonian Suite’, which although an occasional scramble is played with an expressive evocation of scenic recall. The equally informed approach to Helen Perkins’ ‘Carnival’  reveals an under-estimated, undervalued gem of distinctive musicality.

A bit of a curious mix this may well be, but ‘Kashmiri Song’  deserves the plaudits for its celebratory sense of musical exploration.  The next chapters will be well worth delving into.