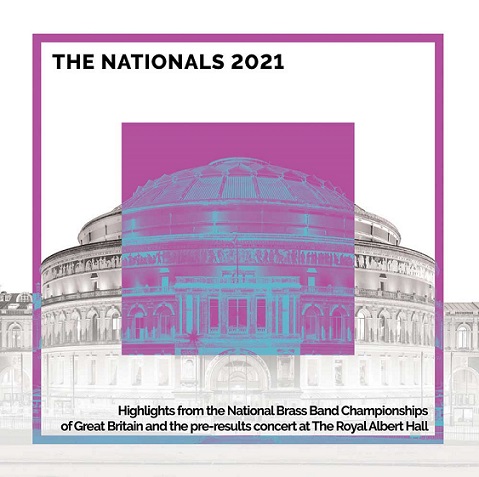 The National Championship Finals returned in 2021 diminished in competitive and audience numbers following its Covid-19 hiatus.

However, as understandable as that was, thanks to the hard work of Kapitol Promotions Ltd they were not diminished in stature, despite the obvious challenges faced in hosting them at Cheltenham and the Royal Albert Hall.

Well organised, bands took their long awaited steps back to the contesting environment infused with a mix of joy and realism. Hugely to their credit they also produced contests packed with excitement and a great deal of outstanding playing.

The winners were fully deserving of their accolades.

In Cheltenham, Kingdom Brass led by Ian Porthosue claimed the First Section in commanding manner on ‘Connotations’ - a work that reminded you that time will never diminish iconic quality, whilst Hebden Bridge directed by Christopher Binns took the Second Section honours with a confidence that brought ‘Lions of Legends’ thrillingly to life.

Tewit Silver and Martin Hall was a class apart in the Third Section as they delivered ‘Kaleidoscope’ with almost flawless precision and mature musicality. The very best though came from Nailsworth Silver. Their ‘Elgar Portrait’ was a delight – MD Andri Adachi and her band painting a musical canvas rich in vibrant character.

At the Albert Hall Foden’s produced a memorable performance of Bruce Broughton’s cinematic set-work – one imbued by the very heroic virtues that took man to the moon and back again in 1969.

At the Albert Hall Foden’s produced a memorable performance of Bruce Broughton’s cinematic set-work – one imbued by the very heroic virtues that took man to the moon and back again in 1969. It was triumphant playing, rousing in its compelling scope under the direction of MD Russell Gray.

The short pre-results concert offered the time filling lollipops we have come to expect at the event (although Black Dyke did premiere the thoughtful ‘Above and Beyond’ in honour of the hugely respected conductor Peter Kitson) – but it was the performances from the competitors themselves that was the most pertinent reminder of what we had been missing for 18 months or more.