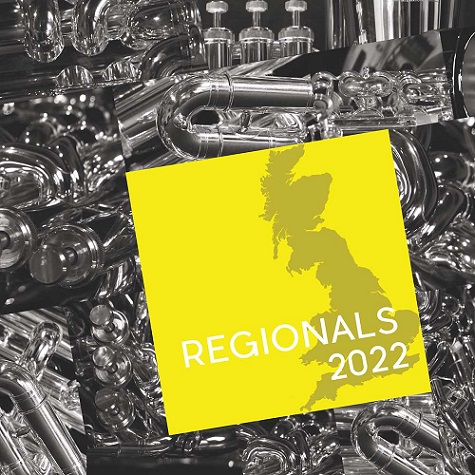 The sense of anticipation that surrounded the announcement of the test-pieces for the series of regional championships events came with more than a hint of anxiety this year.

18 months of inactivity brought serious doubts not only about the standard of performance competitors could hope to attain come the Spring, but also, just how many would make it to the starting line-ups.

A difficult job then for the Kapitol Promotions Music Panel of Robert Childs, Sandy Smith, Richard Evans, John Maines, Brian Buckley and Samantha Harrison. In event they have they decided on repertoire that spans over half a century but also encompasses works from some of the most accomplished writers for the medium.

They amount to a demanding litmus test to give a very clear signal of the overall health of the UK banding movement.

The status of  ‘Contest Music’ and  ‘Spectrum’ are unquestionable, whilst  ‘The Aeronauts’ and  ‘Facets of Glass’ by Goff Richards and Gordon Langford have been resurrected from musical neglect to enjoy a long overdue return to the contesting spotlight.

‘Argos’ by Stephan Hodel is a shining example of the type of easy listening, accessible works that have given youth and lower section bands in Europe much to enjoy in recent years.

These were expert craftsman in the art of scoring – making the difficult sound easy.  On the surface they appear lightweight and insubstantial, yet they are constructed with a latticework of cast-iron certainties and connections.

Debate has already begun over how many ‘championship’ bands will come close to conquering the stark challenges of Heaton’s masterful  ‘Contest Music’, or if Fourth Section contenders will be able to find the three accomplished percussion players required for  ‘Argos’ to help them on a work that offers so much musical enjoyment.

Bands will need to find solutions to both. As they will with  ‘Spectrum’, which has lost none of its vividness and will cause acute problems for conductors who think they can reinvent its chromatic wheel of qualifying fortune.

However, it is perhaps the works from Goff Richards and Gordon Langford that hold the most underrated challenges of all.

These were expert craftsman in the art of scoring – making the difficult sound easy.

On the surface they appear lightweight and insubstantial, yet they are constructed with a latticework of cast-iron certainties and connections.

These were expert craftsman in the art of scoring – making the difficult sound easy.  On the surface they appear lightweight and insubstantial, yet they are constructed with a latticework of cast-iron certainties and connections.

Get them right and the music simply flows with suppleness. Get it wrong and it can sound trite and clunky.  In their way there is as much skill and appreciation needed to make these pieces work as is required with Heaton’s masterpiece.

As always, the regional CD offers a helpful guide to the structures as well as strictures of each work - although not a blueprint for success. That is up to the MDs and performers themselves.