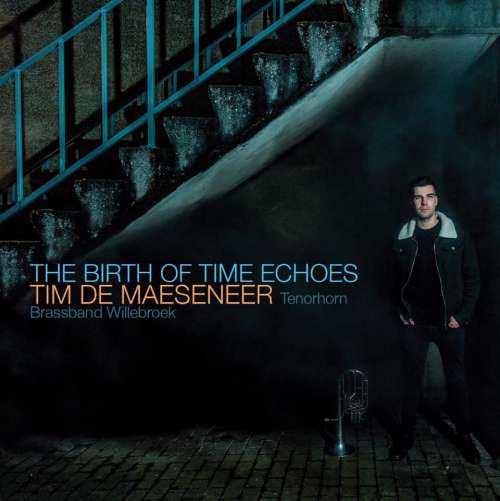 At a time when many brass band CD recordings have lacked ambitious endeavour to become little more than sell by date post-concert merchandise, the best solo recordings have embraced new and exciting musical horizons.

A player of extravagant technical gifts and elegant musical impulses, he is a highly respected (and successful) solo performer as well as a member of Belgian champion, Brass Band Willebroek.

His debut release features eight premiere recordings (seven of which specially commissioned) - each with an identifiable stamp of artistic individuality, even if some of the repertoire does travel a familiar topography of construction.

For instance, the trio of ‘A Tiny Trilogy’ by Lode Violet, Christopher Bond’s ‘Tranquillum’ (featuring his horn section colleagues at Brass Band Willebroek), and ‘Excursions for Horn’ by Philip Harper are pleasant diversions in their different ways, but each tread well worn tracks. It would have been good to hear the solo voice placed in a different focal context.

Of greater interest though is what surrounds them.

Maarten Vermeersch’s ‘Impressions for Tenor-horn’ has an expressive scope that flows in a wide melodic arc to leave a deeper resonant mark on the mind, whilst ‘Frokko 5’, with its witty Prokofiev undercurrents swirling through the staves, has an acidic bite that also stays fresh in the memory banks.

Maarten Vermeersch’s ‘Impressions for Tenor-horn’ has an expressive scope that flows in a wide melodic arc to leave a deeper resonant mark on the mind, whilst ‘Frokko 5’, with its witty Prokofiev undercurrents swirling through the staves, leaves an acidic bite that also stays fresh in the memory banks.

Pimpanit Karoonyavanich’s fascination with the mysteries of the sea has already seen the young Thai composer write two appealing works for the brass band medium.

Her writing has an evocative nautical feel; ‘Across the Ocean’ an adventure that embraces agitated turbulence to serene calm, icy squall to reflective sunlit rays. The soloist bestrides the decks like a horn playing Captain Ahab in search of his ultimate quarry.

The title track is a colourful soundscape palette of lucid ideas and ideals – three contrasting movements providing a personal portrait of the artist painted by composer and brother Jan de Maeseneer.

It is a virtuoso showcase played with flair and understanding, the full panoply of skills expertly controlled even at the extremities, and an engaging counterpoint to Philip Wilby’s ‘Fantasie Concertante’.

Written in 2004 for Leslie Howie, who was then the solo horn at Black Dyke, this premiere recording is long overdue - all the more so as it’s a masterful piece of writing (based on a touching affection for Cervante’s famous dreamer, Don Quixote) based around a central ‘Soliloquy’ core.

De Maeseneer commands the attention with an informed perspective of a storyteller’s skill for subtle phrasing, shaded tonal texture and adroit sensitivity.