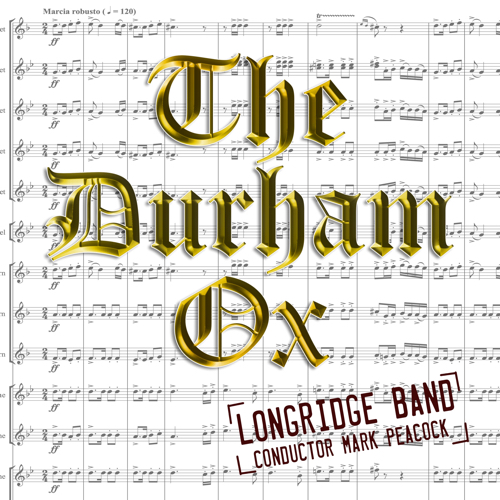 Since 1845 Longridge has been a fine example of the type of hard working community band that has provided the proud musical vertebrae to the musical backbone of the movement in the north-west of England.

They have also enjoyed their moments in the national contest spotlight (increasingly so in recent years under MD Mark Peacock) and maintain a strong community link to the small market town near Preston that bears their name.

This enjoyable release should further enhance their reputation, with 16 stylistically varied tracks intelligently aimed to appeal to both new concert audiences as well as local supporters - from the bullish sounds of the opening title track march (named after the local pub they’ve frequented for over a century) to the dislocated rhythms of the popular ‘Balkan Dance’  to close.

There’s a lot of well-considered playing on display; with a robust flavour to the marches ‘Preston Guild’, ‘O.R.B.’  and the quirkily engineered ‘Memoirs of a Drum Major’ - which sounds as if the band is taking to the Whit Friday road just outside an Alan Titchmarsh Groundforce garden project.

The cleverly realised ‘She’s a Lassie from Lancashire’ and touching ‘Aureum’ (both commissioned premieres) provide further evidence of a band that has had the basics of good ensemble drilled into it by their talented MD, whilst there is an impressive sheen of quality to the featured soloists.

The scope of the easy listening contrasts is admirable; from the hazy jazz of ‘Norwegian Wood’  and tender pop of ‘Goodnight My Angel’, to the filmatic vistas of ‘Born on the Fourth of July’, ‘Alone yet not Alone’  and ‘Feather Theme from Forest Gump’.

The cleverly realised ‘She’s a Lassie from Lancashire’  and touching ‘Aureum’ (both commissioned premieres) provide further evidence of a band that has had the basics of good ensemble drilled into it by their talented MD, whilst there is an impressive sheen of quality to the featured soloists.

Holly Clark is as sprightly virtuosic as Gracie Fields on ‘Miss Blue Bonnet’, with Gareth Nelson a lyrical focal point on ‘Summer Isles’. Matthew Balsom gives ‘Live and Let Die’  a swanky going-over with Kenton Mann a blousy Norma Desmond on ‘As if We Never Said Goodbye’  from ‘Sunset Boulevard'.

Neatly conceived, delivered and produced, it’s a release that sets out what it wants to achieve hallmarked throughout by the ethos that has underpinned the band’s proud history.