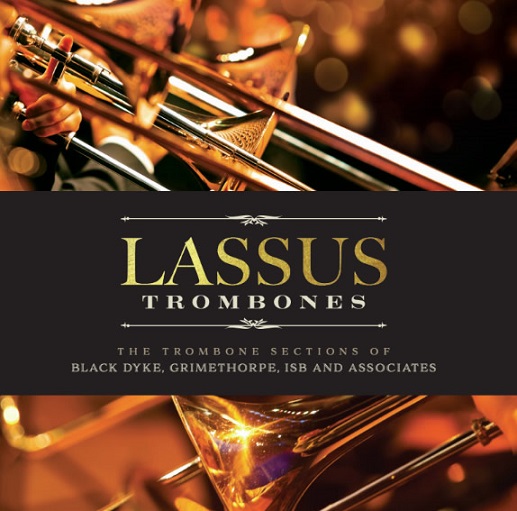 ‘Cross Flourishes’, the first CD collaboration featuring performers from Black Dyke and the International Staff Band was greeted by an acknowledgment of its quality as well as its charitable endeavour (the proceeds going to the Yorkshire Air Ambulance Service)

A follow-up release with the original performers now joined by players from Grimethorpe Colliery and elsewhere has been overdue, this time supporting Great Ormond Street Children's Hospital.

In total, 23 trombonists were involved, with many of the 19 arrangements featuring an ensemble group of 16 players. They are expertly directed by Rob Wiffin OBE, a trombonist himself before developing his conducting skills to reach the musical pinnacle of the RAF.

There is a lot packed into just under an hour of varied stylistic repertoire.

The title track, 'Lassus Trombone', one of three arrangements from the classic ‘Tuttis Trombones’ CD (alongside 'Blueberry Hill' and 'The Girl from Ipanema') also highlights a fine rhythm section which makes an excellent contribution, with the marches 'Star Lake', 'The Washington Post' and 'Heaven Came Down' suiting the format well.

Devotional selections include 'Mid all the traffic', 'I Know Thou Art Mine', 'Jerusalem', 'A Mighty Fortress' and 'Ave Verum Corpus' whilst there are some classy solo cameos by the likes of Brett Baker and Dan Eddison.

Some tracks work better than others, but all hold the interest – from the Bomber Command inspired 'Shining Sword' to 'Nessun Dorma' featuring Chris Binns.

Thought lost for many years the music has been reconstructed from a facsimile copy, and is a valuable addition to the repertoire.

The most substantial is Leslie Condon's 'To a Festive Occasion', premiered in 1971 by an ensemble including Maisie Wiggins, Dudley Bright and Anthony Leggett. Thought lost for many years the music has been reconstructed from a facsimile copy, and is a valuable addition to the repertoire.

The remaining tracks are the antiphonal 'Music for the Royal Fireworks', Bill Himes' 'Three Kings Swing', 'Pseudo-Blues' and the Black Dyke Youth Quartet's 'Can you Dig It?' (which they certainly do)

It all adds up to a niche recording perhaps, but one that appeals in more ways than one.