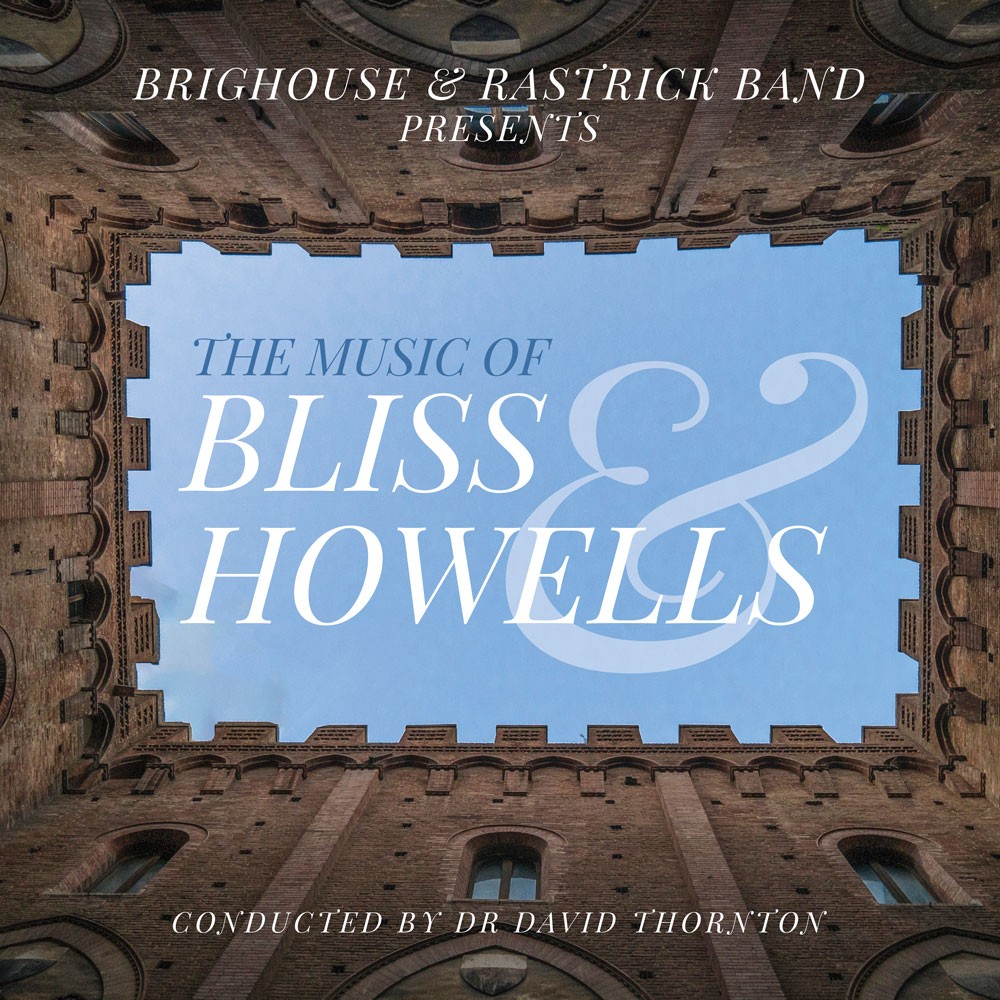 The musical connection between Arthur Bliss and Herbert Howells was one based on lasting mutual respect.

Born almost within a year of each other at the tail end of the Victorian era, they emerged to become revered figures of the post-war English musical establishment (Bliss was knighted in 1950, Howells made a CBE three years later), although they remained resolute champions of the importance and excellence of amateur music making - including brass bands.

Brilliant students, their compositions moved from youthful radicalism to mature imperialism in arcs of creativity that remain as fresh today as they were when first written - their versatile output frequently imbued with an aching sense of personal loss.

‘Pageantry’ is Howells’ masterpiece for the brass band genre: a work of immense technical complexity (given the confines of the scoring palette), yet incredible musical clarity.  ‘Three Figures’, written a quarter of a century later is no less impressive; a triptych of opaque portraiture that looks beyond what had become the obvious and familiar elsewhere in his absence.

There is also a generational gap to be heard with Bliss.

The differences between ‘Kenilworth’ written in 1936 and ‘The Belmont Variations’ of 1963 are marked. Each is redolently imbued with Englishness; but where the former harks back to an age lost in memory, the latter also embraces the elegant modernity Bliss found in his wife’s home state of Massachusetts and the filmatic energy of California.

Brilliant students, their compositions moved from youthful radicalism to mature imperialism in arcs of creativity that remain as fresh today as they were when first written - their versatile output frequently imbued with an aching sense of personal loss.

Both men remained resolute in their deeply embedded work ethic. ‘Requiem Aeternum’ is now known to have been written for the choir at King’s College, Cambridge, whilst ‘Fanfare for the Lord Mayor of London’ and ‘Greetings to a City’ are examples of ‘to order’ commissioned craftsmanship of the highest order.

The only pity on a release of the highest quality (aided by Philip Wilby’s touching sleeve notes) is that with such intuitive appreciation, ‘The Ceremony of the Red Bishops’ from ‘Checkmate’ is left curiously detached from its musical hinterland.