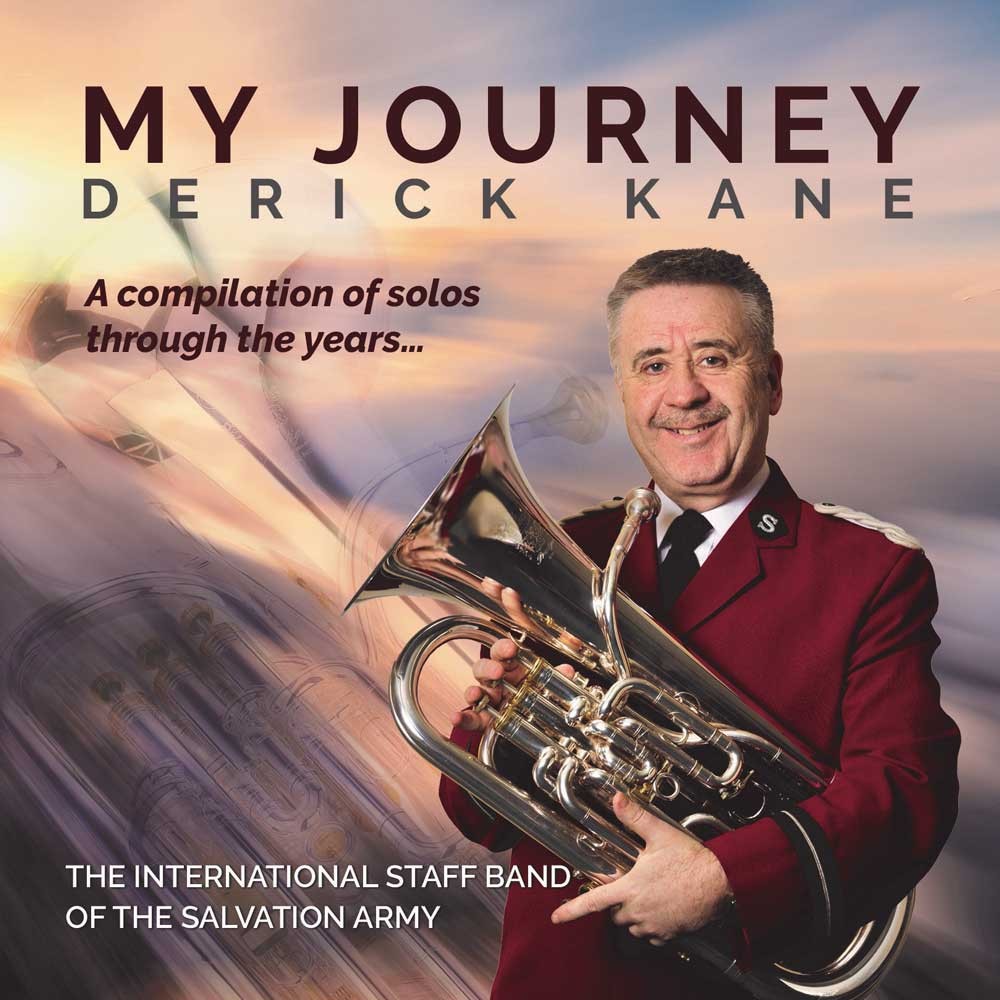 The retirement of Derick Kane earlier this year after 42 years of dedicated service to the International Staff Band of the Salvation Army marked an end of an era.

His tenure as solo euphonium also bridged a remarkable period when the vaults of Salvation Army brass band music were opened for the secular banding world to appreciate and enjoy as never before - a decision that has greatly enriched the understanding of a treasure trove of repertoire.

A fresh focus of critical acclaim came through the performances of the ISB and of soloists such as Derick. His ‘Journey’ has included performances all over the world - with no less than 27 premieres.

The personal acclaim it has brought has been borne with great modesty; his faith reflected in a cultured musicality that was confident, transparent and generous.

There was no artifice to his playing: He communicated his love of the music he performed with an understated assuredness borne of a greater understanding of its subtext.  Euphonium players across the globe owe him a huge debt of gratitude.

This then is a joyful compilation almanac; from his first solo with the ISB in 1976 to one written for his son in 2018 and spanning an arc of recordings that start in 1980 directed by Bandsmasters Ray Bowes, Robert Redhead and Stephen Cobb.

The major works, ‘A Better World’ (recorded in 2016), ‘Canaan's Land’ (2010), ‘The Song of the Brother’ (2009) and ‘Scottish Folk Variants’ (2012) are marked by their appreciation of phrasing and pacing - the technique tailored and refined, although he also shows that he can light the fuse on a bag of pyrotechnics.

Elsewhere it is his lyrical intuitiveness that shines; measured in both pathos and passion. His renowned tonality, which has matured in depth over the years, is burnished with resonant warmth.

Elsewhere it is his lyrical intuitiveness that shines; measured in both pathos and passion. His renowned tonality, which has matured in depth over the years, is burnished with resonant warmth.

Those who have appreciated his skills over the past 42 years will of course find much to enjoy in the 14 tracks (with a lovely duet bonus track with his son Stephen), whilst those who are less familiar can savour a performer of considered and considerable gifts.

It is a musical journey that has brought joy to countless people - and one that hopefully has many more years ahead.