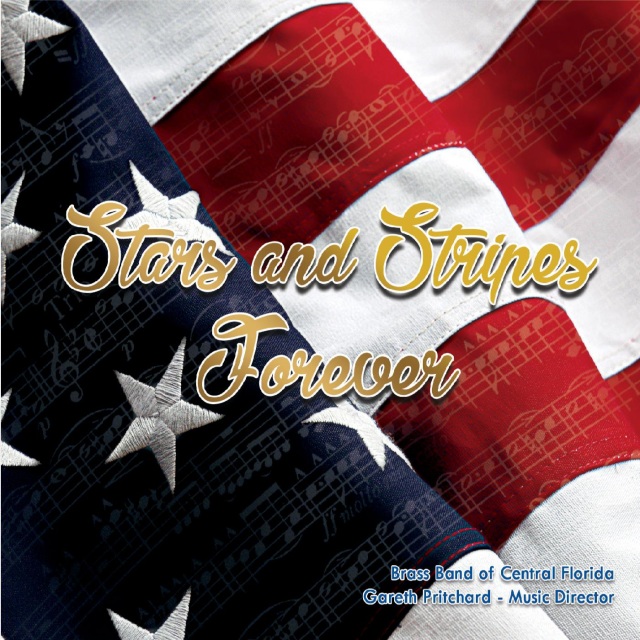 Stars and Stripes Forever is a neatly packaged tribute to the great American musical traditions courtesy of some of the finest compositional exponents to have written for the various genres.

To be fair, there is an impressive list to choose from on both counts: It must have been difficult as to who and what to leave out, let alone squeeze in.

Gareth Pritchard though has made some astute choices in casting his musical eye over the release - from the most ubiquitous of patriotic marches to the most popular of film score classics.

Each is played with well-observed attention to detail and tonality; Florida producing a much warmer timbre than has been heard in the past, whilst there is clarity to the defined dynamic levels. It makes for good listening.

Style comes in the bucketful – from the bravura of Sousa’s iconic march (nicely arranged by the MD) and a light, if occasionally frenetic ‘Candide’ overture, to the Saturday morning picture-house thrills of ‘Indiana Jones’ and the sophisticated jazz dislocations of Dave Brubeck (‘Blue Rondo a la Turk’ is dusted off with accomplished aplomb).

A quartet of polished soloists provides classy stop-off points: Luis Miguel Araya is a melancholic lead on ‘Feed the Birds’ from ‘Mary Poppins’ and Jackson Arthur is a considered ‘Dorothy’ on ‘Over the Rainbow’.

Style comes in the bucketful – from the bravura of Sousa’s iconic march (nicely arranged by the MD) and a light, if occasionally frenetic ‘Candide’ overture, to the Saturday morning picture-house thrills of ‘Indiana Jones’ and the sophisticated jazz dislocations of Dave Brubeck (‘Blue Rondo a la Turk’ is dusted off with accomplished aplomb).

All this you can really savour Howard Snell’s skill in bringing colour and texture to a brass band score - a palette that never fades even on repeated hearing.

The trio of featured arrangements provides remarkable examples of craftsmanship few if any have been able to match – even the best Americans.

Each is given due respect by the performers - the theatrical swish of ‘An American in Paris’ in particular delivered with vibrancy whilst the ‘Hoe Down’ is a joyful old barn romp.

The familiar sounds of William Himes’ evocative ‘Amazing Grace’ and the bold ‘Reunion and Finale’ from the film ‘Gettysburg’ sit nicely as a halfway and finisher items to a recording of homage substance and stylistic understanding.

There is scope for a few enjoyable sequels here at least.